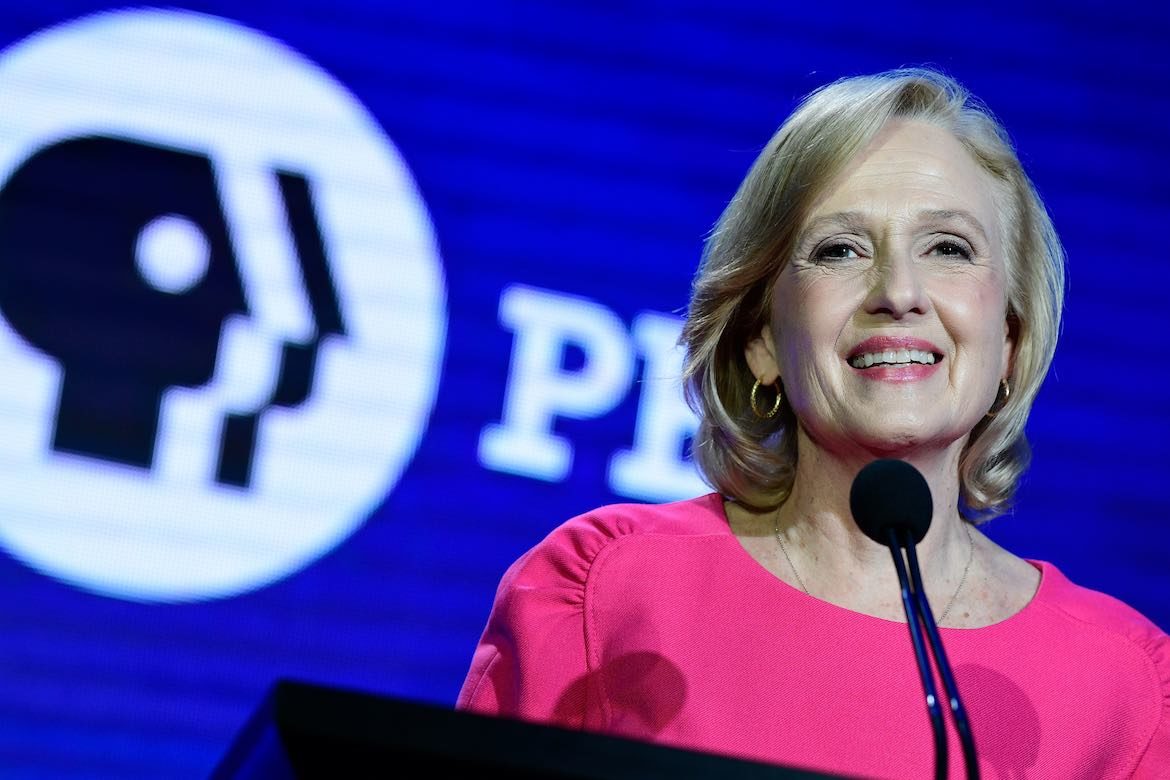 “We’ve been in discussions with them,” said PBS President Paula Kerger Saturday during the PBS portion of the annual winter press tour for TV writers. “I’m not making any announcements today, but stay tuned. … We think that’s certainly a place that our viewers would appreciate.”

It’s part of a delicate balancing act that will bring more eyeballs to PBS shows while not harming public TV stations that have been the traditional home of those shows. More and more lately, the scale has been tipping toward wider digital distribution, Kerger said.

“If you talk to many of our station managers now, they will tell you that they think it’s profoundly important for us to be on as many platforms as we can put our content,” she said. At the same time, PBS wants deals to include content generated by stations, as well as national programming.

“We’ve created an architecture with everything we’re doing, from the streaming as well as our work on places like Roku and Apple and others, that it’s not just the PBS content, but it’s the station content,” she told journalists.  “If you have Roku, you know that you have to localize. You get your local station content alongside the national content.”

The inclusion of station content is important because it defines public television as an entity capable of producing programs of overarching significance as well as content for local communities, she said.

The approach has changed stations’ opinions about the value of multiplatform outlets. “It’s been a great discussion as we look at the opportunities moving forward,” Kerger said. “I would say in some respects now it’s almost flipped a little bit, and the stations are actually even more anxious to figure out ways that we can be in some of these new spaces and how we do it together.”

The PBS president acknowledged that original programs on Netflix and Amazon offer significant competition. But, she added, these services don’t offer PBS’ range of programming, and their strategies keep changing.

“Their investment in documentaries, which was very significant two years ago, eased up,” she said. Their documentaries are now more targeted and differ from the work on PBS. “Part of the challenge that we have is making sure that we’re punching through the fray so that people are aware of the programs that are on public television, that are available through their local stations,” Kerger said.

At the same time, PBS is focusing on Passport, its on-demand library of PBS content that can be accessed by station members. “Passport feels like a better thing for people than the mug, as much as we all love the mugs. It is a reminder of the reason why you support your station, and it gives us an opportunity to also highlight things that we think our members will be interested in,” Kerger said.

Last year, PBS streamed the period drama Jamestown on Passport before it was broadcast. It also offered Frankie Drake Mysteries, a series set in 1920s Toronto, which has not yet been broadcast.

“Obviously our first interest has to be what we’re doing in broadcast and what we’re doing free for everyone,” she said. “I always think of the Passport service as I now think of Netflix, as the newest incarnation of buying the DVDs or the VHSes. It’s just another way to acquire content for a fee.”

Still, she said, PBS will use Passport this year to experiment with other new content. “It’s a way to test some things out that we might be interested in rolling out for an audience on public television,” she said. “So, we’re very open to looking at different possibilities.”

For now, at least, one of those possibilities is not likely to be American drama. The abundance of such series on other outlets has, at least for a time, made the genre less of a priority for PBS.

“I would say that if a really great project came in the door that we certainly would look at it very carefully,” the PBS president said. “But right now, there’s a lot of drama. From our perspective, we always look for stories to tell that are not well told and to fill gaps that we think are not being met by other media organizations. We don’t have to look as carefully for a great American drama. But if one presented itself, believe me, we would take advantage of it.”

Retro Report will offer a weekly hourlong look at today’s important news events through their historical roots. Hosted by journalist Celeste Headlee and artist Masud Olufani, it will also include a segment by humorist Andy Borowitz and content from member stations. The show will be produced by Retro Report, a nonprofit that has created dozens of documentaries about similar topics, in partnership with Georgia Public Broadcasting, 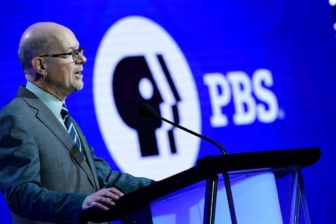 Simon told Current that the show aligns with his programming vision because it “fits the PBS brand in the sense that this is an interesting hybrid show of news, current events blended with history, which are two very important genres at PBS and genres that our audience comes to rely on with us. I think the idea of having a show that can meld those two genres together is a good first show for my efforts.”

That notwithstanding, he said, his program priorities are less about genres and more about the values of the shows. He said he wants programs that appeal to a wide, diverse audience but are also trustworthy and authentic at their core, as viewers expect.

“Those kinds of shows can really be in any genre,” he said. “They could be anything from a news show to a science show to a history show to an art show, as long as they have the kind of quality and appeal of a show that fits our trusted brand,”

Earlier, he broke the ice with TV writers with a joking announcement that The Masked Singer is coming to PBS. “But, in our version, it’s just Peter, Paul, and Mary wearing tote bags over their heads,” he said.

Also during the tour, Masterpiece EP Rebecca Eaton explained that a new fundraising effort that will coincide with the show’s 50th anniversary is similar to the Masterpiece Trust, right down to the donor whose contributions kickstarted both.

Darlene Shiley, who gave $250,000 to start the Masterpiece Trust in 2011, will contribute $5 million to launch the 50th anniversary campaign. The donation consists of an outright gift of $3 million and $2 million in matching funds to spur additional donations. 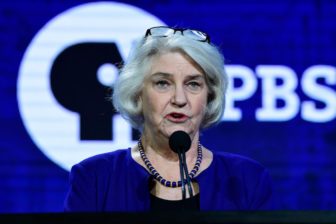 “The [2011] trust is a spend-down fund, so we have been using the money as we’ve been raising it,” Eaton told Current. “We have needed it as we’ve gone along. Now we are setting a goal of $20 million by our 50th anniversary in January of ’21. In other words, we are raising money not just for our needs now but for the coming years to ensure that we have it for programming.”

Eaton said the 50th anniversary fund is not an endowment but rather a new infusion of $20 million to be used in a way similar to the initial trust fund. “The first trust won’t go down to zero,” she said. “I think it will keep going until we raise the $20 million. But it’s all for the same purpose.”

Eaton said trust money lets Masterpiece be “the place to go to for costume drama in this country.” In all, Shiley’s contributions to the iconic drama series over the years total $10 million. That level of generosity earns her an in-person appearance at the beginning of the show.

“People stop her wherever she goes because they think she produces Masterpiece,” Eaton said.

Three press tour sessions featured Masterpiece programs, including Mrs. Wilson, a three-hour drama scheduled for March 31 and April 7. In the program, actress Ruth Wilson plays her real-life grandmother who learned on her husband’s death that he had taken other wives.

During the session, she acknowledged that some of the scenes felt odd. “There were weird moments, like giving birth to my dad, which was really bizarre,” she said. “I thought kissing my granddad was weird. I thought, ‘What is this? I need to get to therapy now.’ This is going to really mess with anyone who watches it in my family.”

In other sessions, Raney Aronson-Rath, executive producer of Frontline, said the investigative series would take a hard look at the Supreme Court following the divisive confirmation of Justice Brett Kavanaugh. It will also report on Saudi Crown Prince Mohammed bin Salman. Heading into the 2020 election, a series titled Decade of Division will explore racial tensions, gender divisions, nationalist impulses, and a battle over truth between the media and the U.S. president.

Henry Louis Gates Jr., whose two-part series on Reconstruction will air April 9 and 16, said his next projects will look at the black church and the Great Migration of blacks from the South to the North.