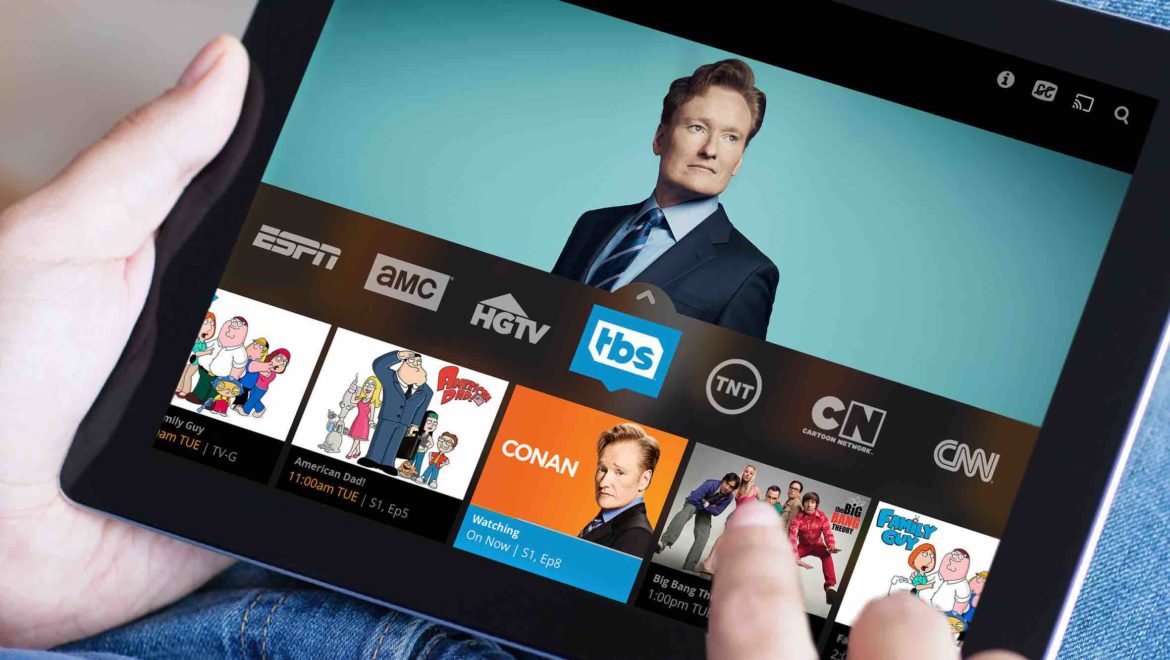 PBS is strategizing with stations on how to package national and local content into an over-the-top “skinny bundle,” potentially creating an entirely new channel for the younger viewers who are willing to pay for live streaming services.

That partnership deal, a first for PBS, could come within the next six months.

OTT skinny bundles are smaller and cheaper channel packages than those available to cable or satellite subscribers. Some 5.3 million users subscribe to the bundles; that’s expected to grow to between 10 million and 20 million by 2020, according to PBS. 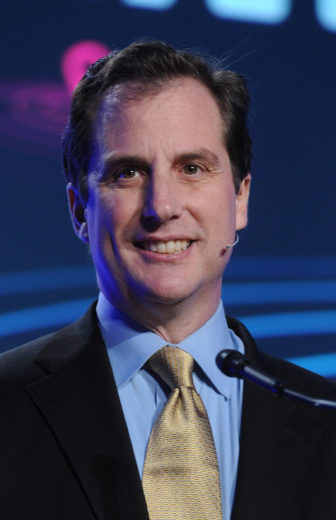 Les Kamens of The Photo Group/PBS

PBS needs to break into the market for two important reasons, said OTT industry analyst Alan Wolk. First, bundles “tend to attract a much younger viewer; the average age for Hulu With Live TV is 31,” Wolk said. “Also, if PBS is not there, people will just watch something else. With so many options, that’s easy for them.”

The vMVPDs are not subject to noncom must-carry regulations that require carriage of local stations on cable and satellite systems. That’s why PBS must negotiate a private agreement.

“I believe, and others in the system believe, that we should be there,” said PBS’ chief digital officer Ira Rubenstein. “It’s important for us to be up with the other networks so that we are not forgotten. The question becomes, how do we do it?”

Rubenstein wants a bundle deal that includes local station streams. PBS has been talking with several OTT platforms — a few even before they launched, he said. “Some don’t want to have to carry local station feeds,” he said. “All they want is the national PBS feed. Obviously, that doesn’t work for us.”

Bill Sanford, GM of Lakeland PBS, expressed concerns about several issues related to OTT bundles, including the time it could take for PBS to reach an agreement. If PBS and its member stations don’t move into these platforms soon, Sanford said, cable networks with similar programs, such as Discovery, could make adding PBS less desirable to vMVPDs down the road. 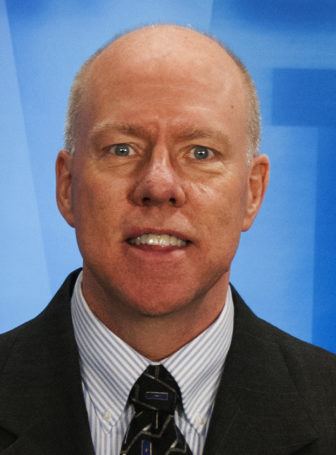 That’s why Rubenstein hopes to close a deal this year. PBS has suggested several approaches to the advisory group; Rubenstein declined to discuss specifics.

Those options are fleshed out in a PBS document distributed to stations Thursday and obtained by Current. The document, in FAQ form, stressed that the approaches “are still conceptual in nature” and need station buy-in. Stations may also opt out of the bundles, the document said.

The first approach would be to offer OTTs the existing 24/7 PBS Kids channel. That “may be the fastest path to get a presence on these platforms,” according to the document. The channel “is fully rights-cleared for streaming and it can enable us to get started with a PBS footprint while we work out the best approach for stations’ primary channels.”

Using stations’ primary channels is possible but would be more challenging, the document said. Three possible solutions: A phased rollout, with each member station launching a live stream when ready; a National Program Service feed with station branding, replaced with local channels as stations come online; or creation of a totally new channel to stream.

That new channel, “purpose-built for these platforms,” could include the NPS lineup as well as programs that appeal to younger audiences, according to the document. It might feature local shows and underwriter pods, and look similar to the 24/7 PBS Kids channel.

“There may be other approaches to consider to best meet the needs of stations, viewers and providers,” PBS noted in the document. An accompanying survey asks stations to weigh in on their choice of those options by June 29.

OTT platforms are proliferating. The first service, Dish Network’s Sling, premiered in 2016, said Wolk, co-founder of the new media consultancy TV[R]EV and author of Over The Top: How The Internet Is (Slowly But Surely) Changing The Television Industry.

That larger option, called a “mesomorph bundle,” is becoming more common among OTTs, Wolk said. Those can provide up to 100 channel options.

Commercial networks have also launched their own OTT platforms, such as NBC’s TV Everywhere, which feeds the live stream of local affiliates where available, and CBS All Access. Some commercial stations also appear on OTT platforms as well: ABC and CBS shows are on Playstation Vue, for example, but access varies by market.

Right now, PBS content is available only on “closed network” cable and satellite systems, though these providers may use the term “skinny bundle” or “stream” to market special packages. But cable and satellite subscribers can only access those streams — which may include their local PBS station — on their home Wi-Fi, not the open internet.

Rights clearances and technological limitations also pose hurdles for those working to create an vMVPD skinny bundle for public TV. Distributors are working on the issues in the fast-moving space.

PBS already has cleared streaming rights for “the bulk” of its National Program Service , Rubenstein said. American Public Television and the National Educational Telecommunications Association are working to clarify whether they need additional clearances.

“The definitions and needs for these specific rights are critical and have morphed even in the past few weeks.” — Cynthia Fenneman, President, APT

“The definitions and needs for these specific rights are critical and have morphed even in the past few weeks,” said Cynthia Fenneman, president of APT, which currently has some 7,600 titles in rights.

Many of APT’s shows are available for streaming on stations’ websites, PBS’ Passport member video-on-demand service and other purposes, Fenneman said. “We are confirming clear definitions for what skinny bundles would require when it is beyond the rights we currently provide,” she said.

NETA is conducting a legal review “to determine where we stand on existing rights clearances for live linear streaming,” said Gayle Loeber, director of content. “For the past year we’ve been asking and often getting streaming rights, so we hope we are well positioned.” NETA’s 2018 library contains some 770 titles in rights.

Loeber added that “our ability to grant live linear streaming rights to content we distribute will be dependent on the producers having secured the appropriate rights.”

Sanford of Lakeland PBS said he thinks it’s time to “play hardball a bit” with producers who may be reluctant to grant streaming rights.

“Look at how quickly this space is growing, and traditional cable operators are jumping into this,” Sanford said. “Pretty soon viewers will say, ‘Why can’t I watch my PBS station on my phone away from home?’ The best way for the system to do this is to draw a line in the sand with producers and say that in 18 or 24 months all content has to be cleared for streaming.”

Beyond the rights issues that distributors are wrestling with, stations must figure out how to feed their broadcast content to prospective OTT providers.

In its FAQ for stations, PBS said it does not yet have estimates on equipment requirements or other costs for transmission.

The goal of the sIX project is to “deliver a replacement” for the previous non-real-time delivery system “with significant improvements by providing a library of content and support for peer file submissions” to allow stations to share content, Jacobs said. “Potential support for real-time services will be considered in a future project and funding cycle.”

Beyond the goal to enable viewers to live stream public TV programs from anywhere, it’s important to stations that OTT platforms support viewer donations, too. That functionality is vital to station membership revenues as cable and satellite TV subscriptions continue to shrink. More than 3 million pay TV subscribers in North America abandoned those platforms in 2017, most switching to OTT, according to the tech consultancy ABI Research.

“When I look at the money that people on cable and satellite donate, if that all goes away and shifts to OTT and we’re not there, then we have a big problem,” Sanford said, adding that the majority of Lakeland PBS’ viewers use cable or satellite.

In its document to stations, PBS noted that vMVPD providers “do not have donation functionality integrated into their platforms” and probably won’t anytime soon. PBS will be seeking that “as part of a longer-term commitment.”

The document also noted that local underwriting messages will be included in broadcast feeds.

“The overall big picture,” Rubenstein told Current, “is that the media landscape is changing and we at PBS are committed to figuring out how local stations can deliver branded content on all these platforms and have a mechanism to monetize it through direct donations to stations.”