Debbie Hiott, the former editor of the Austin American-Statesman, was named the new leader of KUT and KUTX in Austin, Texas. 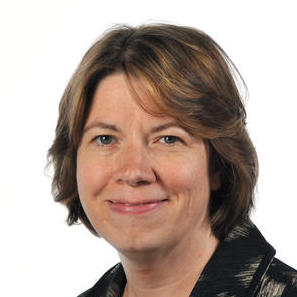 Hiott directed the Austin American-Statesman newsroom for more than seven years. She started her career at the newspaper as a reporter and moved into various editorial and newsroom management roles over 26 years.

On Jan. 14, her first day on the job, she will oversee KUT, the NPR news station that produces the statewide newsmagazine Texas Standard, and KUTX, a Triple A music station. She’ll also supervise media operations for the Moody College of Communication at The University of Texas at Austin, the station’s licensee, as executive director.

“Debbie is a respected leader who brings outstanding experience, knowledge and character to KUT, KUTX and Texas Student Media,” said Jay Bernhardt, dean of the Moody College of Communication, in a press release. “She is exceptionally well suited to help guide these outstanding public media stations and student media platforms to even greater levels of community reach and impact.”

KUT and its newsroom were beset by turmoil during the leadership transition. Before Vanderwilt’s departure in June, a group of journalists of color pressed him to address concerns about staff retention, diversity and career growth. Current reported on the underlying issues, and the newsroom hired a freelance reporter to independently report on its internal problems. Patti Smith, the interim GM hired to run KUT during the executive search, resigned in September following conflicts with KUT journalists. Last month, Emily Donahue, a former news director who was working in development, left the station for another job. Several KUT journalists told Current that her leadership style had contributed to the ongoing problems within the newsroom.

“KUT and KUTX are great public assets, and I look forward to helping the talented staff there bring more local news and entertainment to the Austin area,” Hiott said in the release. “The stations, along with Texas Student Media, play important roles for their communities, and I’m honored and excited to have a role in that critical mission.”