More public media fundraisers are working to build planned giving programs, inspired by recent large bequests to stations and the untapped potential of another giving channel.

PBS and NPR are also extending their development programs by firming up commitments to planned giving. Earlier this year NPR hired its first director of planned giving to build a dedicated program. PBS is supporting planned gifts to stations by coordinating a week-long campaign to promote their programs.

“I’ve been trying to beat the drum of this subject for quite a while,” said Rob Hilbert, VP of the Friends of Iowa Public Television Foundation, who has worked to develop the state network’s planned giving program over more than 15 years. “I think it is taking root, and stations are seeing the potential that exists for this type of giving.”

This fall, 71 PBS stations will participate in the fifth annual National Estate Planning Awareness Week tailored for public television, up from roughly 50 in 2016. Last year’s campaign identified $7 million in new planned gift intentions, according to a report from PBS.

The national average of planned gifts to all nonprofits is about $35,000, according to fundraising leaders at NPR and stations. Without active programs to cultivate these donations, many stations leave potential large gifts on the table.

“It’s low-hanging fruit,” said Melanie Coulson, executive director for member station services at Greater Public. “I think everyone should at least have spots and let people know that their programs exist. But I think for some folks it’s not immediate funds, and that’s what they’re more concerned with.”

In April, Seattle music station KEXP announced receipt of the largest gift in its history — a $10 million bequest. KEXP has attributed the gift to donor cultivation efforts that began through a capital campaign it launched in 2012.

A few dozen fundraisers discussed the gift during a session at the NON-COMMvention in May. Leaders from Pittsburgh’s WYEP and Philadelphia’s WXPN shared their intentions to launch or revive programs.

“Ten-million-dollar gifts are absolutely amazing, and you want to get those,” said Hilbert, who recently led a two-day PBS digital “town hall” on planned gift fundraising for member stations. “But it’s gifts of all sizes that are going to make a difference long-term.” 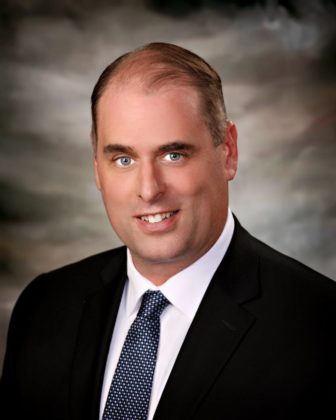 Planned gifts to Iowa Public Television range between $50 and $1.4 million; the station’s average bequest is around $50,000, Hilbert said. Over the last three to five years, its well-established program has raised more than $3 million in revenue from bequests, Hilbert said.

The barriers to starting a program are low; a station can begin by adding a checkbox to a membership reply form, inviting the donor to request information about planned gifts.

Station fundraisers are often reticent to start planned giving programs because the different options can be couched in complex legalese, Hilbert said. But most planned gifts are will bequests in the form of beneficiary designations, such as through life insurance and retirement accounts — gift tools most adults are familiar with.

“Part of the deal with planned giving is people delay doing it because they don’t have resources,” Hilbert said. “But they’ll get resources if they start doing it.”

Public television stations have been cultivating planned gifts by participating in National Estate Planning Awareness Week. WNET in New York City first participated in the national event to promote its planned giving program. It collaborated with PBS to adapt its work into a national campaign that started five years ago.

During the third week in October, the 71 participating stations will promote planned giving through direct mail, on-air promotion, email and other efforts aimed at potential donors.

Among the 56 stations that participated last year, two-thirds of the donors who made planned gifts were active members of their stations; lapsed or non-members accounted for the rest, according to a PBS report. The campaign also identified 8,634 new planned giving leads, an increase of 40 percent over the previous year, the report said.

The work of building planned giving programs requires patience and time, said Lauren Cummings, director of philanthropy for PBS Development Services. “We say it’s a slow boil,” Cummings said. There are around 10 officers across the public television system who are dedicated to planned giving, Cummings said. Meanwhile, there are 155 PBS member licensees.

At NPR, Chris Cole signed on earlier this year as the network’s first director of planned giving. Cole is charged with establishing a program that may be rolled out to the entire public radio system, although he said he is still trying to figure out the scope and scale of the initiative.

Cole did not put a figure on the difference his efforts will make for NPR. His focus is on relationship-building.

NPR has identified about 1,000 donors as prospects for planned giving, Cole said. Each has given to the network within the past five years, Cole said. They also fit other criteria, such as high gift amounts, age and relationship with member station.

Since January, NPR has received nine gift intentions -— as in a letter of intent or some documentation — that a donor has included NPR in their estate plans; those intentions amount to roughly $12 million. The network has also received 125 inquiries, including 80 from individuals and 45 from advisors or estate planning attorneys, Cole said.

“A good barometer for a planned giving program is 10 to 15 percent of donations annually come through planned gifts,” Cole said. “In terms of how the program we implement will impact that, that’ll be years down the road.”

This week at the 2018 Public Media Development and Marketing Conference, July 10–13 in Chicago, fundraisers from Wisconsin Public Television will describe how Wisconsin Public Broadcasting marked its centennial by securing 100 new bequest pledges.