Minnesota Public Radio’s newsroom was caught off guard in November when Garrison Keillor told The Associated Press that the network had terminated its contracts with him over allegations of harassment.

“We were in full-on reaction mode,” said Nancy Cassutt, MPR’s executive director of news and programming, during a panel discussion Friday at the Public Radio News Directors Inc. conference in Philadelphia.

The newsroom was trying to cover its own organization while dealing with the “emotion of ‘What is going on here?’” she said.

The panel, titled “Creating A Safe Newsroom Environment,” addressed incidents of sexual harassment and bullying that came to light in public media newsrooms over the past year. Cassutt shared guidelines MPR News followed in reporting on its parent organization.

Other panelists described the measures NPR has taken to restore employees’ trust in how the organization responds to complaints of harassment, and research findings on harassment in newsrooms.

During her presentation on the practices that MPR News followed to independently report on Keillor’s dismissal, Cassutt revealed that when she learned about Keillor’s remarks to the AP, her boss told her she was immediately removed from the executive leadership team. The decision was part of a plan to separate the newsroom from those who were managing the crisis. 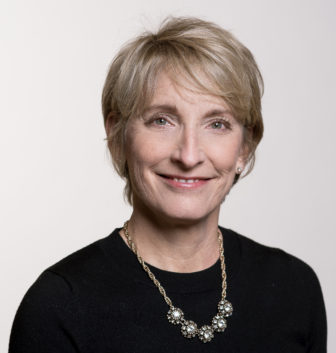 Newsroom leadership informed the news team that reporters would cover the split with Keillor “as if we were reporting on another company,” Cassutt said. Those assigned to the story could not take advantage of their inside access. For example, the reporters weren’t able to use their key cards to enter parts of the MPR building where they could ask questions of key sources.

“We had to treat ourselves as if we were Star Tribune reporters,” Cassutt said.

Journalists on the story were also prohibited from attending MPR staff meetings where allegations against Keillor were discussed, and they couldn’t use any information overheard from colleagues. Company emails updating staffers were also off-limits, unless they were obtained by other means.

Meanwhile, editors of the Keillor coverage went to “great lengths” to ensure that others within MPR could not access the files. “Not that I thought anybody was checking in on our stories, but we needed the independence,” Cassutt said.

Cassutt said the reactions of some MPR employees surprised her. Though MPR reporters on the story had been barred from attending an all-company meeting, they interviewed employees who did and produced coverage of the meeting. Some staff expressed frustrations that MPR had reported on the event.

“The employees at MPR were really mad at us,” she said. “I actually had someone come up, stand in my doorway and scream at me and say, ‘I do not feel safe here, and I can’t believe you violated our trust.’”

Such guidelines are “worth noting” if another newsroom finds itself in a similar situation, Cassutt said. Before the Keillor incident, she said, “I’m not sure how much we did contemplate how we would cover ourselves until we were in the middle of it.”

Having a set of guidelines and ethical standards already in place was “crucial” in guiding the newsroom as it reported on MPR’s split with Keillor, Cassutt said.

“I had it printed and sitting behind my chair,” she said of the policy.

At NPR, revelations of sexual harassment by Michael Oreskes, SVP of news who was forced to resign last November, launched a “months-long organizational trauma,” said Keith Woods, NPR VP of newsroom training and diversity, during the panel discussion.

But NPR had been in a “pit of our distrust” even before Oreskes left the building, Woods said. Members of the staff did not trust that NPR leaders were prioritizing the safety of harassment victims above protecting the organization, Woods said.

Woods described the work of a peer support group that NPR created to help work through the issues of distrust.

About 30 staff members volunteered to participate in the group. They received training on how to talk with fellow staff members about their concerns, Woods said. They learned how to respond to a range of complaints — “from the most blatant form of harassment to that thing ‘I’m trying to figure out and determine whether it was a performance management issue or harassment,’” Woods said.

Members of the peer support group act as advocates for staffers who have concerns about harassment. Their role is to “see to it that the process goes all the way through and the folks who have these concerns are informed on how things are going,” Woods said.

NPR also switched from online to in-person harassment training. After he completed the in-person training, Woods realized “just how ineffective and how generally not valuable” the online training was.

Panelist Bruce Shapiro, ED of the Dart Center for Journalism and Trauma, provided a larger context for the impact harassment has on journalists. Rates of sexual harassment for journalists are “very, very high,” he said, citing studies by Dart and other research institutions.

“That’s something we need to get our minds around and think about how to understand [sexual harassment] as a central part of the experience of women working in journalism, and for men too, but more for women,” Shapiro said.

Research has found that workplace harassment is “associated with diminished work performance,” he said. And for journalists who cover a traumatic event or experience harassment while on assignment, returning to a hostile work environment is “as important a risk factor for PTSD and other psychological injuries as the severity of the traumatic event itself,” he said.

Much of the harassment seen in media falls under the larger category of the hostile work environment, said Joy Grese, special counsel at the Duane Morris Law Firm. That broad category can include anything from inappropriate touching to racial slurs.

Sexual harassment is often misunderstood to be about acts of a sexual nature, but it’s defined much more broadly, she said. “If it’s conduct that’s offensive, hostile, intimidating, etc., that’s directed toward a particular gender, that’s sexual harassment as well.”

It’s critical for employers to write policies that specify what types of conduct are unacceptable, whether the conduct is lawful or not, she said.

“You want to root out unacceptable conduct before it rises to that level of being unlawful, if at all possible,” she said.