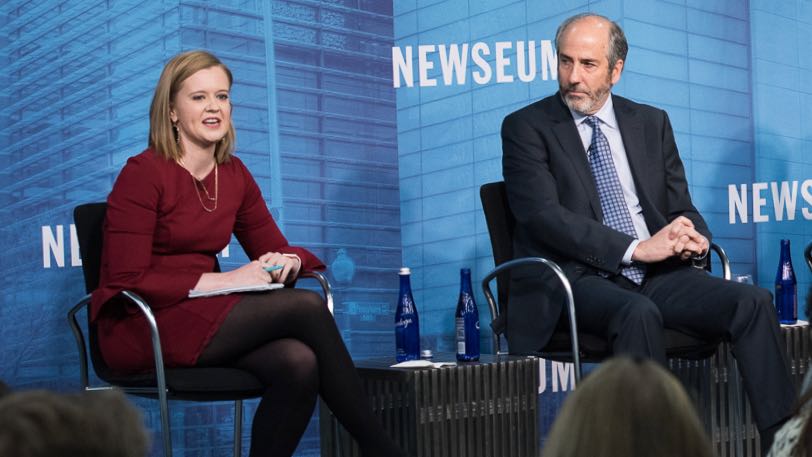 WASHINGTON — Washington Post reporters who revealed allegations about sexual harassment in public broadcasting said Tuesday that they’re now focusing on the systemic issues that have enabled men in media to get away with inappropriate behavior.

“We’ve had this flurry of stories about one man after the other falling from prominence, but where do we go from here?” asked Amy Brittain, an investigative reporter who worked on the newspaper’s coverage of former PBS host Charlie Rose. Brittain spoke at the Newseum during a daylong “Power Shift Summit” about sexual misconduct in newsrooms, which drew an audience mostly of women journalists.

The Post broke the Rose story Nov. 20 with accounts from eight women who said the TV host had been nude around them, groped them and made lewd phone calls.

“How did this happen?” Brittain said of Rose and other media figures. “This didn’t just emerge overnight. This happened for years, and there’s also … the tremendous loss of intellectual power in the industry from young women who quit journalism because they didn’t feel like it was a safe place for them anymore.”

“We’ve had this flurry of stories about one man after the other falling from prominence, but where do we go from here?” — Washington Post reporter Amy Brittain

Brittain was joined at the Newseum event by Post media reporter Paul Farhi, who broke the news Oct. 31 that NPR News VP Michael Oreskes had sexually harassed two women in the 1990s when he was at The New York Times. The women had warned NPR about the behavior in the weeks prior to the Post story. Oreskes resigned Nov. 1.

Farhi said that NPR probably could have continued to do nothing about Oreskes if the national climate regarding sexual harassment had not changed. “There’s a ‘before’ and there is an ‘after,’” Farhi said. “We are now in the ‘after’ phase. And now there is absolute, instantaneous, you have to hit the panic button. Before, you could get away with not doing very much at all, or at least talking about it and not firing somebody. Now, we’re in a different climate, and it’s a better climate.” 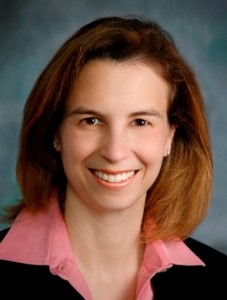 The Newseum event also featured NPR COO Loren Mayor, who said she has met with small groups of staffers since Oreskes’ resignation. Employees have also expressed concerns about racial issues, recent union negotiations, silos within the organization and a lack of financial investment in human resources, said Mayor, who is also NPR’s acting CEO until Jarl Mohn returns from medical leave Tuesday.

Mayor said NPR has instead invested in content, and “what that meant in our organization was that functions like HR were very thinly staffed. They were overworked by busy work, and so they weren’t trusted connectors in the building.”

Days after Farhi broke the Oreskes story, the Post turned its attention to Rose. Journalists rushed to report the story because they knew that at least six other outlets were also pursuing it. Brittain co-reported the story with freelance journalist Irin Carmon, who had first investigated allegations against Rose in 2010 when she was a writer for Jezebel and was unable to get sources to go on the record at the time.

“For us, the key part of this story, I think, was going back in the beginning to the original people who were the source of the allegations that she had heard about in 2010 and then broadening the circle to try to find new people,” Brittain said. 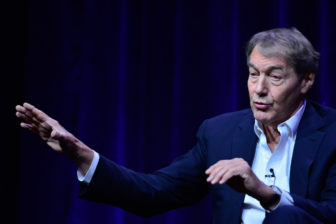 The women who spoke to the Post said they initially felt reassured that Rose had a strong, powerful woman by his side — his longtime executive producer Yvette Vega. But they said they ultimately felt betrayed when Vega dismissed their experiences as “that’s just Charlie being Charlie,” Brittain said.

Vega issued a statement to the Post hours before publication in which she apologized for her failure to stand up for the women, Brittain said. The reporter said she still wants to understand why Vega protected Rose at the expense of other women.

“I’m hopeful one day perhaps we can sit down and I can try to understand that dynamic and how it develops throughout the years, because I think that’s one aspect of all of these stories that need further reporting,” Brittain said. “It’s not just one person; it’s a system, and we need to look at who’s around these individuals and how the system enables this kind of behavior to persist.”