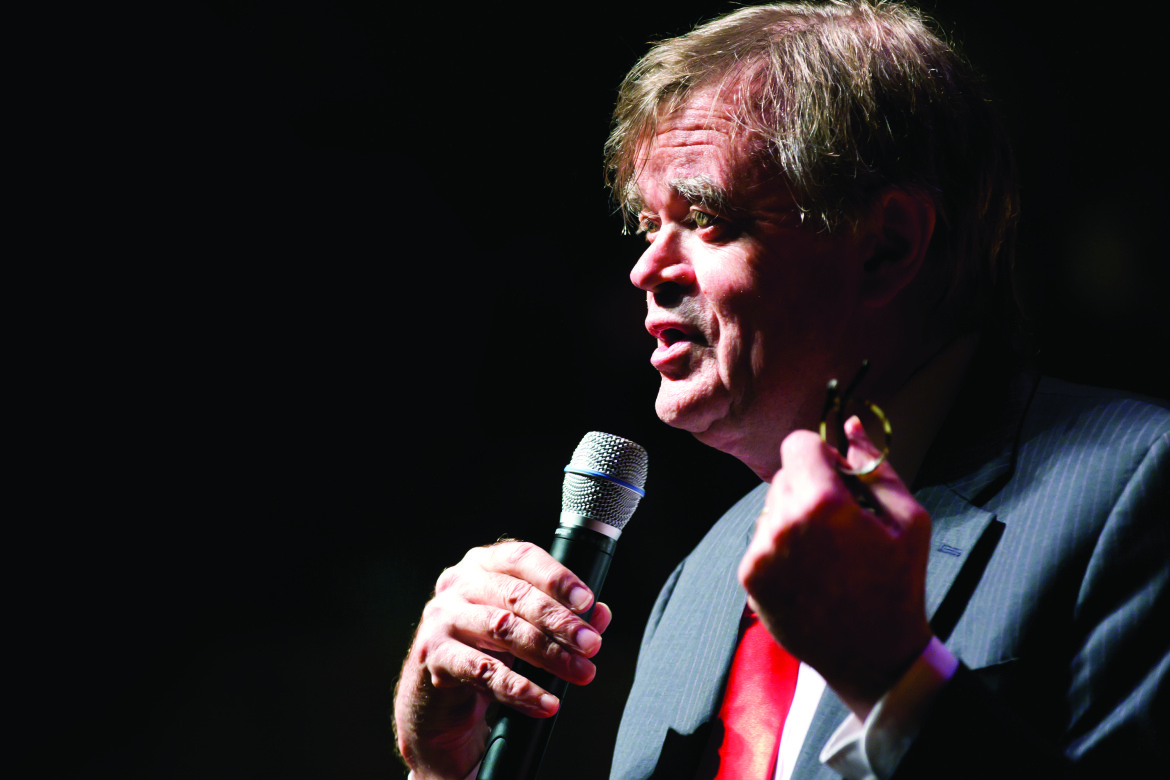 Minnesota Public Radio has terminated its contracts with Garrison Keillor after it learned of allegations of “inappropriate behavior” by the former Prairie Home Companion host while with the show, MPR said in a statement Wednesday.

Keillor told the Associated Press that he was fired over “a story that I think is more interesting and more complicated than the version MPR heard.”

He elaborated in an email to the Star Tribune: “I put my hand on a woman’s bare back. I meant to pat her back after she told me about her unhappiness and her shirt was open and my hand went up it about six inches. She recoiled. I apologized. I sent her an email of apology later and she replied that she had forgiven me and not to think about it. We were friends. We continued to be friendly right up until her lawyer called.”

Keillor added, “If I had a dollar for every woman who asked to take a selfie with me and who slipped an arm around me and let it drift down below the beltline, I’d have at least a hundred dollars.”

MPR said in its statement that it first heard allegations last month relating to “Mr. Keillor’s conduct while he was responsible for the production of A Prairie Home Companion,” the statement said. MPR President Jon McTaggart then told MPR Board Chair Dave Murphy, and a special board committee was formed to “provide oversight and ongoing counsel,” the statement said. MPR also retained an outside law firm to review the allegations.

“The Board Committee concluded that terminating the Keillor relationships was the appropriate decision and the Board and Jon are aligned in this action,” Murphy said in the statement.

“Garrison Keillor has been an important part of the growth and success of MPR, and all of us in the MPR community are saddened by these circumstances,” said McTaggart in the statement. “While we appreciate the contributions Garrison has made to MPR and to all of public radio, we believe this decision is the right thing to do and is necessary to continue to earn the trust of our audiences, employees and supporters of our public service.”

“Based on what we currently know, there are no similar allegations involving other staff,” the statement said.

MPR will also change the show’s name from A Prairie Home Companion, which is owned by Keillor. It will end distribution and broadcasts of The Writer’s Almanac and rebroadcasts of The Best of A Prairie Home Companion episodes hosted by Keillor. And the broadcaster said it will “separate” from the Pretty Good Goods online catalog, which sells PHC merchandise and goods related to other American Public Media shows, and the PrairieHome.org website.

“MPR and APM will work closely with public radio stations to help make the programming transitions as seamless as possible,” the statement said.

Keillor retired as host of PHC last year but continued as EP and host of The Writer’s Almanac.

Keillor commented on recent revelations of sexual harassment in a Washington Post op-ed Tuesday in which he said calls for the resignation of Sen. Al Franken were “pure absurdity.”

One thought on “MPR fires Garrison Keillor over ‘inappropriate behavior’”