Funding from state governments makes up a relatively small slice of public broadcasting’s total revenue, but it can make a big difference in what stations and networks are able to do.

Strong funding for public broadcasting in Utah, for example, has enabled the Utah Education and Telehealth Network to deploy a statewide broadband network that provides valued services to schools, libraries and hospitals. In other rural states, taxpayer funds support broadcast infrastructure that extends pubcasters’ programming to listeners and viewers who might otherwise be unreachable. 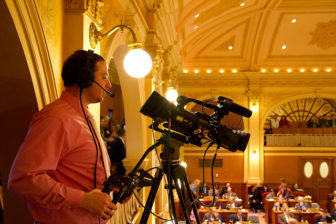 South Dakota Public Broadcasting Associate Producer Andrew Bork operates a camera at the network’s coverage of the governor’s State of the State address.

Meanwhile, cuts in funding can prompt layoffs, canceled shows and reduced service — all options that networks in West Virginia, North Dakota, Alabama and elsewhere have pursued or considered in recent years.

Stations eligible for CPB Community Service Grants received $273 million in state money in fiscal year 2016, according to the most recent data available. State funding totaled 9 percent of all station revenue in FY16; federal funding through CPB’s appropriation accounted for 14.6 percent. 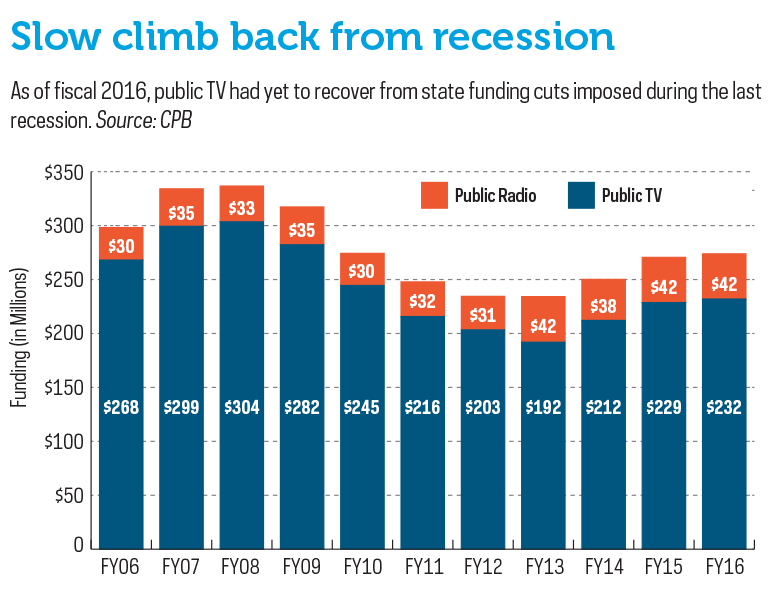 Twenty-three states fund both television and radio; 13 provide only TV funding. For TV stations as a whole, state funding makes up a larger share of support, at 12.9 percent in FY16; that fiscal year, state funding was 3.3 percent of public radio’s revenue. 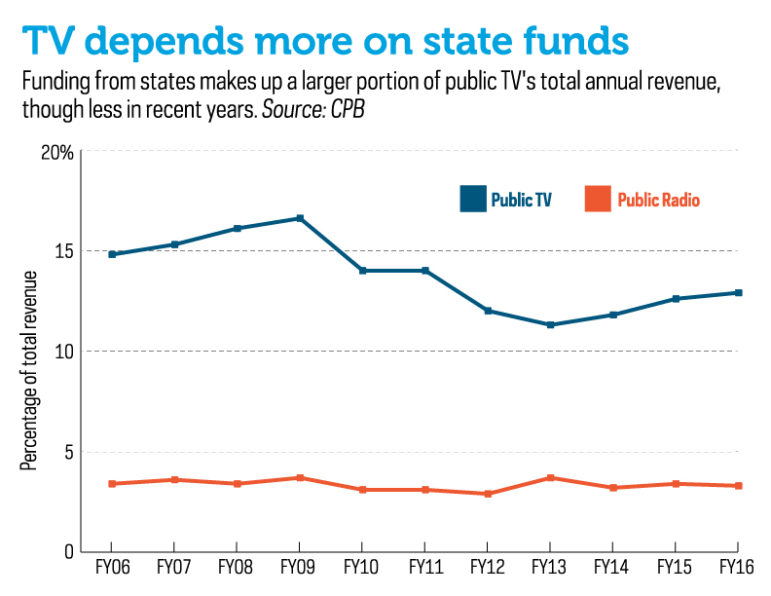 Funding trends across states have been mixed. Between the last two budget cycles in each state, 16 states saw a decline in funding. In six of those states, cuts exceeded 10 percent. Vermont PBS took the biggest hit, receiving just $1 in state support in FY2018, down from $271,103 in FY17. Funding in 10 states stayed level, and 10 more states saw increases — though Illinois’ large gains were due to a fiscal year with a stopgap budget. 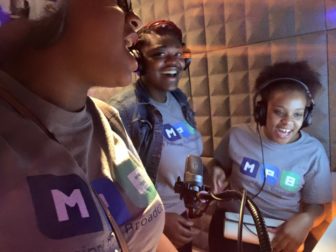 For some stations, state funds make up more than half of their revenue budgets. About 54.4 percent of UETN’s budget comes from Utah. South Dakota Public Broadcasting gets about 56 percent of its budget from annual state appropriations. And state support makes up about 57 percent of Mississippi Public Broadcasting’s budget. Mississippi lawmakers have threatened to zero out funding to MPB within six years.

State support is particularly valuable in largely rural states where commercial broadcasters’ signals may not reach sparsely populated areas. “The state is largely funding the ability to distribute our signal throughout the state,” said Mark Leonard, GM at NET in Nebraska. That state covers money for transmitters and infrastructure for both public radio and television, as well as programming.

Content “funded by and for Nebraskans” is vital to viewers, Leonard said. “The kinds of things that describe sense of place and pride in the state are limited.” State funding supports the longest-running locally produced TV program in the country, Backyard Farmer; Big Red Wrap-Up, a post-game analysis of Nebraska Cornhuskers Football; and the public-affairs program Speaking of Nebraska, which just completed its second season.

In other states public broadcasters get very little state support. In FY2018 Oregon Public Broadcasting got about 9 cents per Oregonian. Tennessee, Nevada and Missouri also rank among the lowest states in per-capita funding. 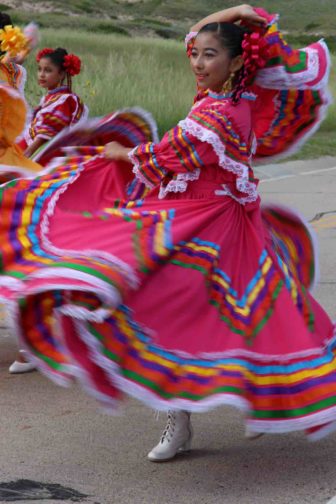 A performer of folkloric dance from Mexico in an episode of NET’s Nebraska Stories.

The 14 states that provide no funding are a focus for America’s Public Television Stations. “We want to work with stations in those states to see if we can convince governments to support the work we’re doing,” said Pat Butler, president.

APTS, which traditionally focuses its advocacy efforts on federal funding, has tracked state funding for several years and is in the midst of conducting a survey of FY19 support. In general APTS has found that public stations are recovering from the Great Recession from 2007–09, said project manager Will Glasscock, “but are still facing financial challenges, which vary by state.”

As an example, Butler said Alabama Public Television “is doing wonderful work in public safety. They’re now the backbone for all emergency communications in the state.” The network also used state funds to develop popular virtual educational field trips for students, he said.

Focusing on station work around the three pillars allowed APTS to help Pennsylvania “restore at least some state funding over the last couple years,” Butler said. “We hope that trend continues.”

“We want every state to be invested in the work of public TV,” he added. “That’s a big focus of ours going forward — not only for the money but also because we want to be good partners in public service.”

Digital Editor Mike Janssen and Managing Editor Karen Everhart contributed to the reporting for this story.

2 thoughts on “For some pubcasters, state funding plays valuable role in strengthening service”