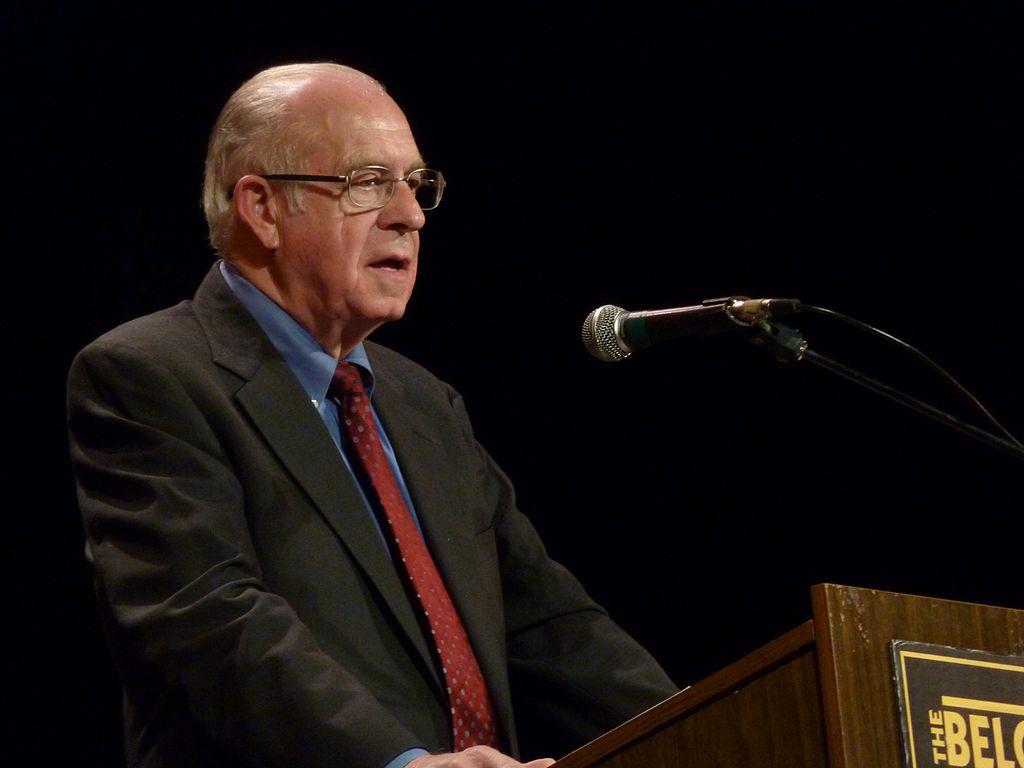 Carl Kasell, an NPR newscaster for three decades and official scorekeeper for NPR’s comedy show Wait Wait …Don’t Tell Me!, died Tuesday in Potomac, Md., from complications from Alzheimer’s disease, according to an NPR obituary. He was 84.

“For 16 years, we worked and traveled the country together, and I came to know him as, quite simply, the kindest, most decent person I have ever known,” said Peter Sagal, host of Wait Wait … Don’t Tell Me!, in a statement. “He never had a sharp word for anyone, never treated anyone with anything less than warm regard, and, most importantly, enjoyed himself every minute he was here. He remains in my mind an exemplar of what it means to be both a broadcaster, and a person.”

Kasell became the scorekeeper and judge for Wait Wait … Don’t Tell Me! when the show launched in 1998. Because the show didn’t have a budget for prizes, producers enlisted Kasell to record answering machine messages as the winner’s prize. He recorded more than 2,200 messages.

When Kasell retired from Wait Wait in 2014, he received a call from President Barack Obama during his final episode.

NPR CEO Jarl Mohn called Kasell’s death “a heartbreaking loss” for public radio. “For many of us Carl Kasell was the voice of NPR. For decades we woke up to his voice in the morning; we trusted him to deliver the good and bad news,” Mohn said in a statement. “When he joined Wait Wait … Don’t Tell Me!, the public started seeing another side of Carl, his humor and wit became a trademark of the show, and his voice is now in countless answering machines.

“When Carl moved from being NPR’s essential newscaster to NPR’s essential comedy straight man, he not only embodied the range of NPR’s programming, he also showed us and the audiences who loved and relied on him what being game looks like,” said Anya Grundmann, NPR VP for programming and audience development, in a statement.

Before joining NPR, Kasell worked for 10 years at WAVA in Arlington, Va., as a morning anchor and news director. He also worked as a morning deejay and newscaster at WGBR-AM in Goldsboro, N.C.

“I met Carl at WPIK in Alexandria and brought him later to WAVA when it was all-news,” said Jim Russell, a public radio producer and early NPR employee who now runs his own program consultancy, told Current in an email. “Then I hired him at NPR, where many staff felt he was too old (30’s). But, as I told them, ‘Carl will be the rock of Gibraltar in NPR’s newscast unit. He’ll be here long after you kids have moved on.’ And he was.”

While enrolled at the University of North Carolina, Kasell became one of the first students to work at WUNC.

When Kasell retired, he told NPR, “I have enjoyed every minute of it. I never consider what I do as work. It has been fun, it’s been rewarding and very fulfilling. … I love my work. It’s been good to me.”