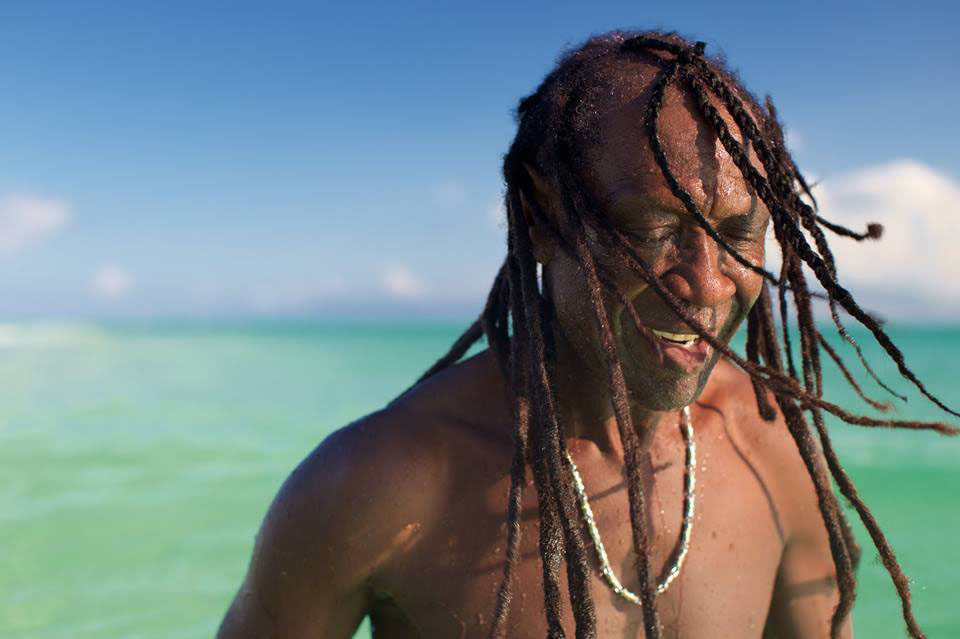 The documentary My Father’s Land tells the story of Papa Jah, who wants to reunite with his 103-year-old father in Haiti. The film is part of “AfroPop: The Ultimate Cultural Exchange,” which just received NEA funding.

The NEA announced 1,195 grants totaling $82.06 million in its second round of fiscal year 2017 awards, with several awarded to public broadcasting initiatives.

“The American people are recognized for their innovative spirit and these grants represent the vision, energy, and talent of America’s artists and arts organizations,” said NEA Chairman Jane Chu in the announcement.

President Trump has proposed eliminating the NEA, as well as the National Endowment for the Humanities, in his FY18 budget. Both are longtime funders of public media projects.

NPR, Washington, D.C. — $70,000 for production and distribution of music programming and $60,000 for literary content including book reviews, author interviews, special literary series and an app.

Atlantic Public Media, Woods Hole, Mass. — $50,000 for the website Transom.org. and $35,000 for Transom Radio Specials, four pieces created in cooperation with community partners such as Public Radio Exchange and WCAI Cape and Islands Public Radio. The programs will be available on Transom.org, featured on the Transom podcast, and offered to radio stations through PRX.

Radio Diaries, Brooklyn, N.Y. — $50,000 for The History of Now, a series of audio diaries and first-person documentaries that will combine radio art, oral history and journalism, to air on NPR’s All Things Considered.

PRX, Cambridge, Mass. — $30,000 for facilities access and training programs at the Podcast Garage.

Radio Bilingue, Fresno, Calif. — $20,000 for production and public radio broadcast of The Sounds of California, a partnership among Radio Bilingue, the Alliance for California Traditional Arts and the Center for Folklife and Heritage. The series will combine features, live programming and listener call-ins to explore how music integrates with community transitions. Produced in English and Spanish, the show will be available to public radio stations.

National Black Programming Consortium, New York City — $45,000 for the NBPC 360 mentorship and professional development program; and $15,000 for outreach and engagement for the documentary series My Africa Is, stories of innovators across the continent.

KLRU-TV, Austin, Texas — $10,000 for Conspirare: Considering Matthew Shepard, a 90-minute broadcast commemorating the 20th anniversary of the gay man’s brutal murder. The production features the Grammy-winning ensemble Conspirare performing the concert-length work. It was recorded live earlier this year and will be available to PBS member stations next year.

WETA, Arlington, Va. — $50,000 for Art Takes Us, video segments profiling artists to air on PBS NewsHour and post on PBS.org.

WYPR Radio, Baltimore — $25,000 for the program Out of the Blocks, which documents the stories of Baltimore residents through audio interviews and photography of one neighborhood block at a time. The project will expand to as many as six cities across the U.S. in partnership with local radio stations. Up to six hourlong episodes along with video and photographs will be available free via PRX.

WNET, New York City — $20,000 for production of the free interactive online video game Mission US: No Turning Back, about the life of an African-American girl in Mississippi during the civil rights movement.

Correction: Due to an error by the NEA, a previous version of this post reported that WVIK-FM in Rock Island, Ill., had received a grant for a large-scale public yarn sculpture. A museum at the station’s licensee, Augustana College, is involved with that project.