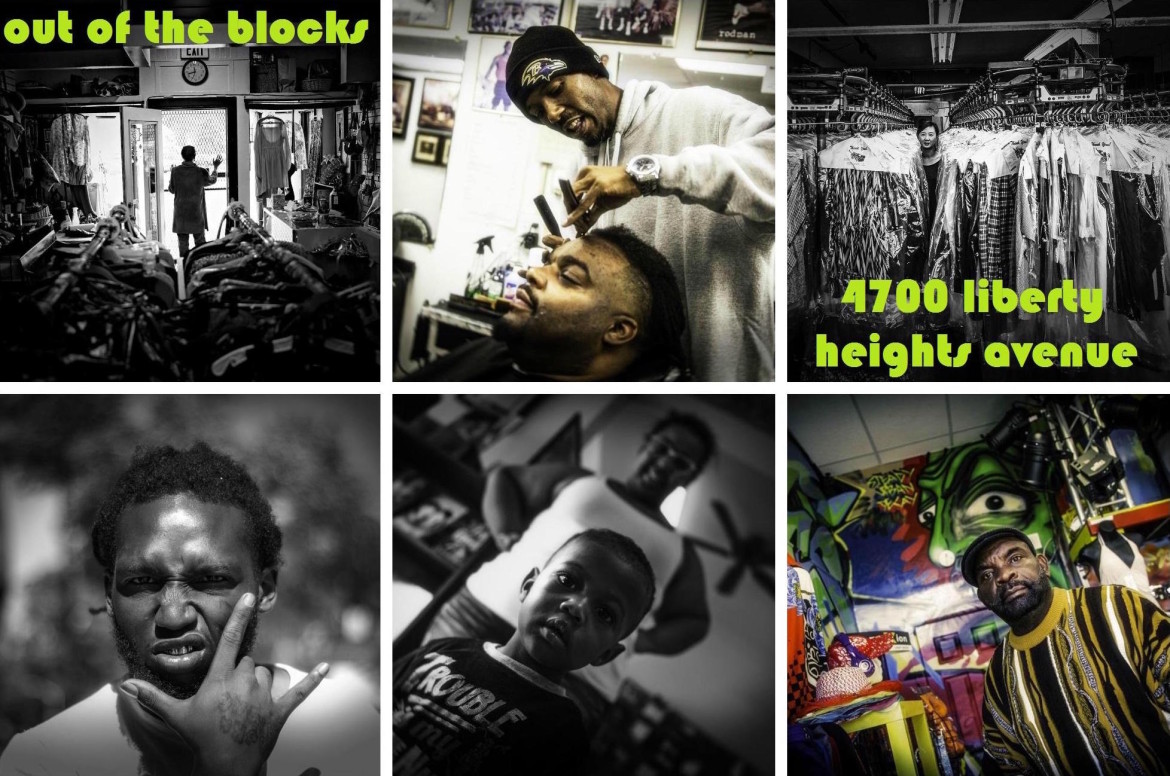 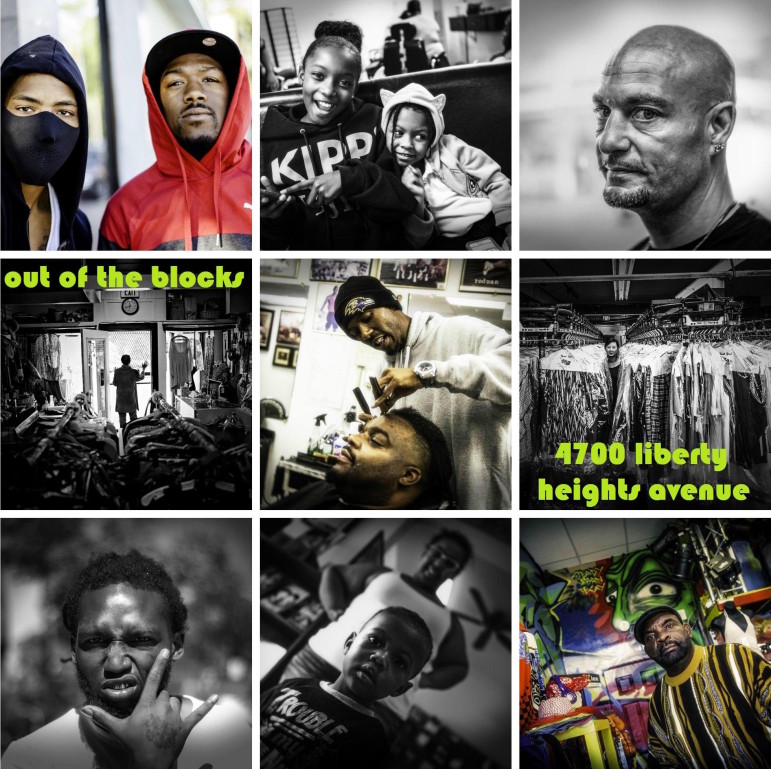 An upcoming episode of Out of the Blocks looks at residents and business owners on Liberty Heights Avenue in Baltimore. (Photos: Wendel Patrick)

Stories about Baltimore told by the national media or in pop culture have often focused on subjects like drugs, gangs and violence. But a new show from Baltimore’s WYPR aims to take a more nuanced look at life in the city.

Each of the six episodes of Out of the Blocks produced over the coming year will focus on a different block in Baltimore, telling the stories of its residents and business owners. The first episode of the season will be available free to stations through Public Radio Exchange starting Tuesday.

For each episode, WYPR producer Aaron Henkin and Baltimore-based music producer Wendel Patrick will choose a block and spend eight weeks trying to get to know everyone who lives and works there. They’ll record their stories, take their pictures and capture sounds of the environment, which Patrick will incorporate into an original soundtrack.

Two previous episodes, produced in 2012 and earlier this year, followed a similar approach. Those programs aired on the BBC, the Canadian Broadcasting Corp. and Hearing Voices, a now-defunct U.S. public radio series. The new run of episodes is made possible by support from two foundations.

In the 2012 episode, Henkin and Patrick told stories from the 3300 block of Baltimore’s Greenmount Avenue. They heard stories from lifelong residents and from immigrant store owners, like an Eritrean woman who treats the customers at her grocery store as if she’s their mother — chastising them for not going to school and celebrating with them when they get a job.

The story of a street pastor is juxtaposed with a bar owner’s. Moments of joy, sadness and resilience are woven into a snapshot of life and humanity on the block.

“You end up with real gems and . . . defining moments of a person,” Henkin said. “There’s a beautiful internal pacing and the constant element of surprise. It’s like the beauty of making any kind of collage.”

Henkin aims to keep his voice out of the narrative as much as possible. Residents read the intros and taglines, and Henkin speaks on mic only when talking with residents and asking questions.

“I know people on the 4700 block of Liberty Heights better than I do on my own block,” he said, referring to a block featured in a forthcoming episode. “Everyone who sees me recognizes me. They know me as the guy who wants to hear your story.”

“It’s amazing how you can get embraced and people will open up about their lives,” Henkin said. “Sometimes all you have to do is ask.”

Henkin and Patrick choose a block by walking and driving around Baltimore, noting locations  that seem “like beautiful slices of quintessential Baltimore life,” Henkin said. Usually they have a mix of residences and locally owned businesses.

Henkin said he chose Greenmount Avenue for the 2012 episode because it was a “backbone of Baltimore” block, with pawn shops, wig stores and Chinese restaurants. “It’s not a real glamourous area,” he said. “It’s one of those blocks you might drive through without realizing you’ve driven through it.”

He also considers blocks where people might not be as familiar with public radio. “To me, the most interesting people to have on the radio are the people who maybe haven’t heard of what public radio is about,” Henkin said. “Those people have stories, too.”

When Henkin and Patrick start collecting stories on a block, residents have been skeptical, Henkin said. People say he wants to “come on this block and talk about how drug-infested it is and talk about how much violence there is,” he said.

That can be the biggest challenge of the project Patrick said. “People know immediately that you are a stranger,” he said. “In lots of communities, they expect the media wants a particular type of story. . . . We want people to say whatever they want to say.”

Eventually, residents open up. It helps that Henkin and Patrick keep coming back.

They also work to build trust in communities by sharing examples of previous episodes so that interviewees can hear how their stories might be told. Then, when an episode is complete, Henkin and Patrick return to the block and give each subject a copy of the episode and a portrait taken by Patrick.

Wrapping up production can have an emotional impact on the producers. “There is just a whole side of it that emotionally I had not expected,” Patrick said. After spending so much time in a place getting to know communities, he said he feels a loss when the project ends.

“That element is really beautiful and unexpected,” he said.

Henkin’s WYPR show The Signal will go on hiatus for the next year while he works on the program, and he might extend the break if Out of the Block catches on. The show could expand to other cities or different iterations of the idea, such as focusing on a park or a skyscraper. Henkin also envisions a show or podcast where each episode focuses on “a different block in a different city, with that same production format.”

“I’d love to see something like this in the hallowed halls of Radiotopia,” he added. But for now, he said, “I’m content to do this for and about our listening audience for a year.”