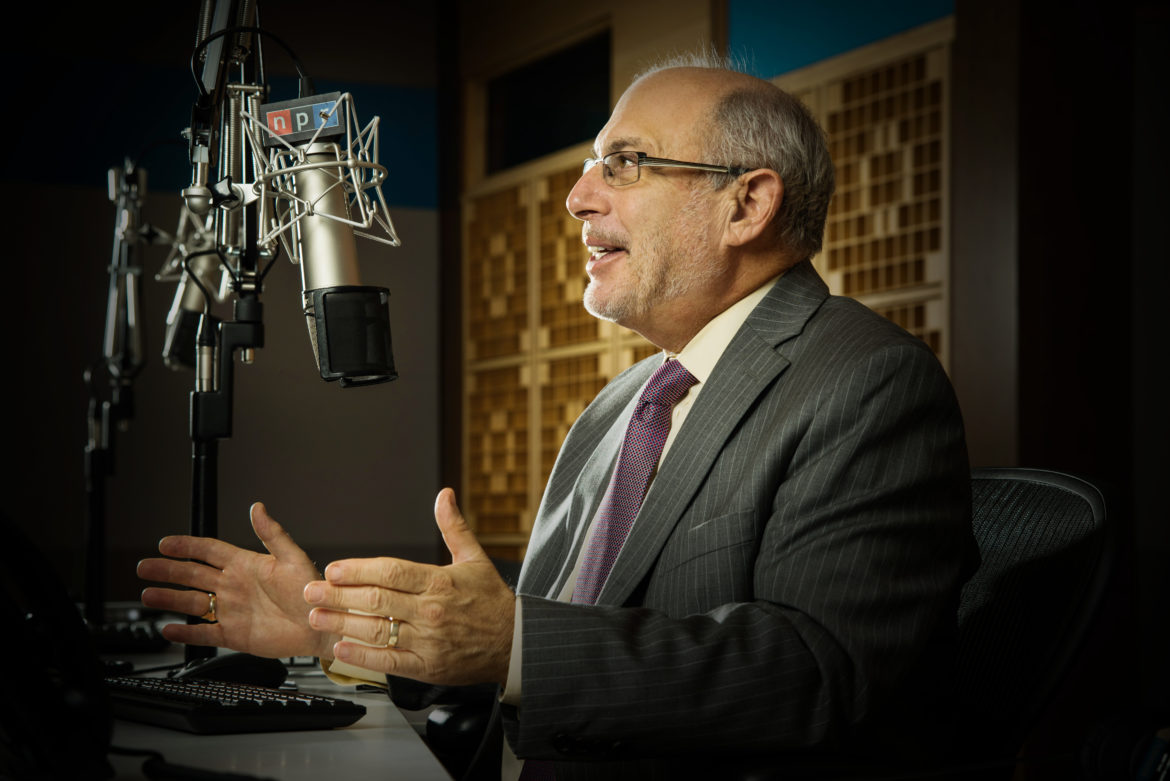 All Things Considered host Robert Siegel will step down from the position in January after more than 40 years at NPR, the network announced Tuesday.

“This is a decision long in the making and not an easy one,” Siegel said in an announcement posted by Michael Oreskes, SVP of news and editorial director; Chris Turpin, VP of news programming and operations; and Carline Watson, EP of ATC.

“I’ve had the greatest job I can think of, working with the finest colleagues anyone could ask for, for as long a stretch as I could imagine,” Siegel said. “But, looking ahead to my seventies (which start all too soon) I feel that it is time for me to begin a new phase of life. Over the next few months, I hope to figure out what that will be.”

Siegel, 69, will end his 30-year run as host in January. Siegel made the decision to step down and is not retiring from the organization, according to NPR spokesperson Ben Fishel. His future role has not been determined.

“After 30 years in the role, he comes to work every day with ceaseless curiosity, enthusiasm, and a profound passion for the work and the medium,” his colleagues wrote in the announcement. “He is the consummate student, a person whose quest for the answers has benefited millions upon millions of listeners over the years. He is for all of us, a model of how to be fully engaged in the world, our work, and with his colleagues.”

In the statement, NPR said it will be “looking inside NPR and across the media landscape” for Siegel’s replacement. Fishel said that a timeline for hiring the replacement has not been determined.

Siegel began his career at NPR in 1976 as a newscaster and continued as an editor before going on to open NPR’s London Bureau and serving as chief of NPR News. He became an ATC host in 1987.

“Robert is not someone who seeks the spotlight,” the announcement said. “But we can’t let him shift his role without at least a little fanfare inside NPR and with listeners. We’ll be planning ways to celebrate and thank Robert for all his contributions at ATC in the coming months.”

Siegel co-hosts ATC with Ari Shapiro, Audie Cornish and Kelly McEvers. NPR added Shapiro and McEvers as hosts in 2015 after Melissa Block stepped down after 12 years as anchor.