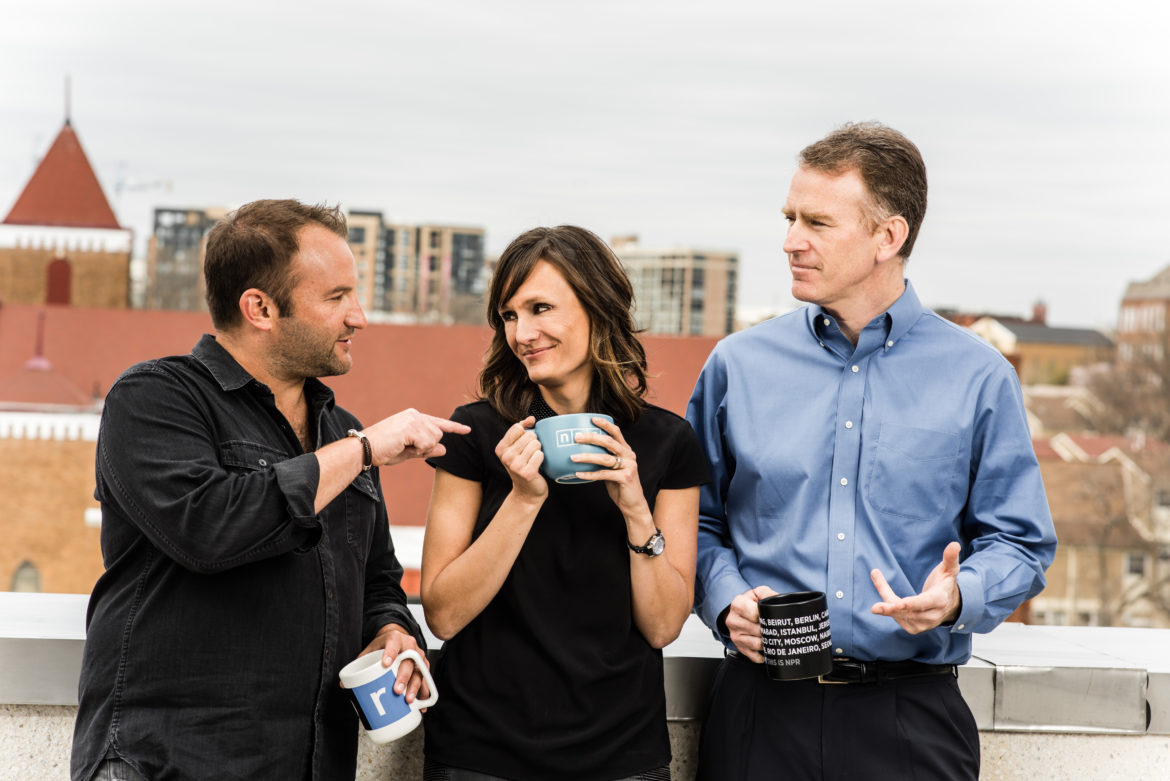 NPR will launch a morning news podcast this week that will draw from a Morning Edition interview segment to get listeners up to speed on the day’s top stories.

The podcast Up First will be available weekdays at 6 a.m. Eastern time starting Wednesday. Each 10-minute podcast will consist of a conversation between NPR journalists and at least two of Morning Edition’s hosts about two of the day’s stories.

Up First aims to help listeners get “up to speed on the two most important stories that [they] should care about in the day to come,” said Morning Edition EP Sarah Gilbert. A recap of the two stories will be followed by “a conversation about what comes next” to “give people a heads-up on what to look out for,” Gilbert said.

The podcast’s conversation will first air as the lead segment during the first hour of Morning Edition, which feeds at 5 a.m. Eastern time. It will be lightly edited for Up First, making the podcast a “hybrid of on-demand and live broadcast news,” Gilbert said.

Morning Edition has already been experimenting with using more conversations between its hosts and NPR journalists during that segment, but the 5 a.m. hour’s opening will now be exclusively devoted to the previews of the news that will become Up First. Morning Edition’s second feed, which starts at 7 a.m. Eastern time, will lead with a different segment.

Up First “comes out of a lot of work we’ve been doing at Morning Edition to become more conversational, more accessible, more current, absolutely in the moment, and essential listening,” Gilbert said. “It so happens that we’ve ended up in a place which we feel is a kind of fusion between the very best of broadcast and what we could offer on-demand. In that sense, it’s a completely unique product, we think.”

“We’ve ended up in a place which we feel is a kind of fusion between the very best of broadcast and what we could offer on-demand.” — Sarah Gilbert, “Morning Edition” EP

In starting Up First, NPR took inspiration from the success of the NPR Politics Podcast, according to Neal Carruth, GM of podcasting. That show featured NPR journalists discussing developing stories throughout the 2016 presidential election. More than 1 million listeners downloaded the podcast weekly in the month leading up to the election, according to NPR.

The NPR Politics Podcast is a “a very good point of comparison” to Up First because it featured “NPR journalists … being real people, engaging in a conversation that’s totally substantive but actually feels natural and human, and that really helps those folks connect with the on-demand audience” while upholding NPR’s standards for its journalism, Carruth said.

Up First comes on the heels of a similar podcast from the New York Times, which in February launched The Daily, a 20-minute look at the day’s news. The podcast is among the top shows on Apple’s charts.

Morning Edition’s team has considered different ideas for podcasts for “a long time,” Gilbert said, and began planning Up First late last year. “It’s more important to have a team that is fully behind the product we’re putting out,” she added. “… This is just something that everybody was able to get behind.”

Though producers had discussed a longer podcast, NPR decided to go with a 10-minute format  based on listening patterns both to terrestrial radio and NPR One, which show that “short is good,” Carruth said.

“There’s a lot of podcasts out there and a lot of long podcasts, and we’re mindful of how competitive this space is, and also mindful and respectful of people’s time,” he said.

Though the podcast will feature only NPR journalists as interviewees at first, it could expand to other voices, Gilbert said.

Promotional spots will tell listeners how to find and donate to local stations. NPR is looking into how it could localize the spots, according to Carruth.