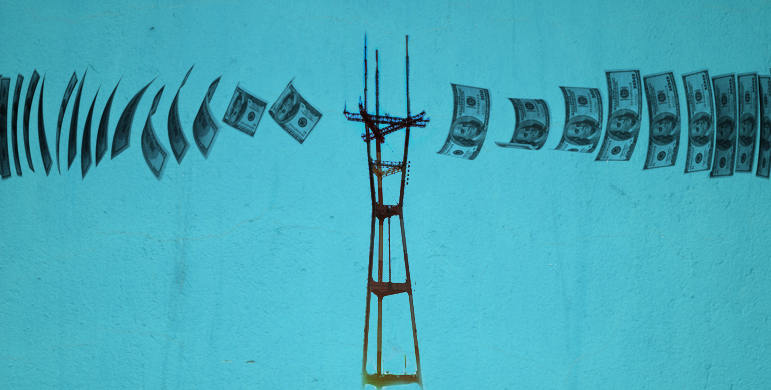 The pace of technological change for broadcast television is accelerating. The coming influx of spectrum auction proceeds will be unprecedented. Public television’s ability to adapt and respond could well determine its future relevance in American society.

Sales of spectrum in the FCC’s voluntary incentive auction, now in its second stage, are to be followed by the $1.75 billion repacking of TV channels on a regional basis. The launch of ATSC 3.0, the world’s first IP-based broadcasting standard, planned for South Korea in four months, could begin here in early 2018. Each of these events alone would be a major driver of change in the television industry. All of them occurring within the space of a few years will dramatically reshape the media landscape.

In the commercial industry, strategic investors with an eye on Next Generation Television, another name for ATSC 3.0, see opportunities from this period of disruption. Expecting a large number of post-auction station transactions, they are focused on gaining market share, realigning network affiliations, creating efficiencies and launching new revenue streams. They are betting that a smaller and more consolidated broadcasting industry will emerge as more competitive in the media marketplace. The boldest believe they can reinvent television broadcasting.

Public television’s capacity to respond to these “externalities” is more complicated. Investment capital for technology and new equipment is scarce or poorly distributed. With the loss of federal funding for building and upgrading public TV facilities, stations must raise capital for ATSC 3.0 upgrade costs without a federal match. At present, direct upgrade expenses aren’t eligible for the FCC’s program reimbursing broadcasters for the costs of channel repacking.

Other challenges will emerge. When auction proceeds begin flowing to a select group of stations — mostly those in or near major markets — PBS and CPB’s relationships with producers and local stations will be tested. Members of Congress and other key funders — including contributors to local stations — may react to a perceived PTV auction windfall. Innovative policy and development responses will be required from public media to manage the potential blowback.

But alongside these challenges are potentially major upsides for new services and revenues. The “all-IP” nature of Next Gen TV enables broadband-broadcast hybrid networks that play to public television’s strengths. In the next installment of this two-part commentary, I will examine innovations in technology and revenue models that can fundamentally change the way that public media does business.

To respond to these disruptions and opportunities, public television leaders must challenge their long-held assumptions and develop a coherent national/local strategy for the post-auction environment. In this commentary, I offer ideas for ensuring that the one-time “liquidity event” of a few stations trading their spectrum for cash leads to a stronger and more entrepreneurial public media ecosystem.

Cash payouts will be substantial

Some public television licensees may receive large amounts of money when the FCC auction is finally concluded, cashing out in a stunning and little-debated reversal of federal policy.

For 60 years noncommercial spectrum had been “reserved” as a public trust. In the Spectrum Act of 2012, Congress and the White House abruptly abandoned that principle and encouraged nonprofit licensees to relinquish, reduce or downgrade public airwaves. Underscoring the policy reversal, noncoms will be allowed to pocket auction proceeds with no strings attached, at least under terms of the Act.

It will take only one irresponsible actor to cast a negative light on all of the licensees that relinquish public spectrum for cash. This is why all supporters of public media should be concerned about ensuring that auction proceeds will be channeled appropriately.

I have been among those who expressed reservations about the auction and skepticism about revenue projections of what participating stations will actually pocket. As prices fall in future bidding, the “walkaway numbers” below which noncom license holders would refuse to sell their spectrum will remain a closely held secret. Even as the auction proceeds to lower clearing targets offered at more realistic sales prices, however, payouts to PTV license holders could be substantial, ranging from nearly one billion to several billion dollars, as a recent analysis by Public Media Company indicates. These proceeds are likely to flow to a handful of public stations, which will lead to a “top 1 percent” income inequality that mirrors our national economics.

There’s no doubt that some spectrum assigned to public television is underutilized. Licensees have completed extensive due diligence to reach their auction decisions. Whatever conclusions they reached were based on the best interests of their stations and communities, and I hope they get top dollar. For licensees that actually sell some or all of their spectrum or down-convert to VHF channels, I have faith that local leaders will remain careful stewards of their institutions and the funds entrusted to them.

However, it will take only one irresponsible actor to cast a negative light on all of the licensees that relinquish public spectrum for cash. This is why all supporters of public media should be concerned about ensuring that auction proceeds will be channeled appropriately. Even under the best of circumstances, managing public perceptions around any auction windfall will be challenging. Public television’s national organizations have continued their exemplary work to prepare stations for various auction outcomes, with PBS indicating it will hire a public relations firm to assist in messaging.

But preparation for that day when the public learns that their stations have traded spectrum for auction proceeds must go well beyond PR. Most importantly, licensees should be prepared to explain to their communities, and their fellow public broadcasters across the country, exactly how they will spend or invest the funds. Since the proceeds will come from selling spectrum formerly reserved for noncommercial television, I believe any proceeds should be completely dedicated to public media activities.

Not only should all auction funds to public media be dedicated to mission-based services, but complete transparency will be necessary in disclosing how funds will be allocated and awarded, whether directly or from endowment income. Addressing marketplace failures, such as the decline of local journalism, should be a priority. Some funding might support education or arts and culture. Ironically, subsidizing the costs of streaming content in underserved communities may be necessary if free broadcast television is diminished or eliminated.

These new auction-supported services should be additive to what local licensees are already providing. If spectrum funds are used for mere continuity of the status quo, the public will legitimately question the point of selling or diminishing the station.

If auction proceeds widen the gulf between “have” and “have-not” stations even further, there could be broader implications for CPB community service and programming grant policies.

Financial modeling for next-generation technologies and services indicates that stations that keep their spectrum can produce significant revenue streams, as I will discuss in part two of this commentary. For stations that receive auction proceeds, investing in these new services at other public stations potentially could generate higher returns than endowment income. For major producing stations, investing in local stations could also create a more robust public media market to support their national productions. Think of it as a kind of post-auction Marshall Plan for public media.

Recipients of auction proceeds could release their post-auction investment plans on a station-by-station basis. Even more effective would be developing a strong statement of principles supported by all public stations that receive auction proceeds. A commitment to these principles at the national level would deliver a strong message about the stewardship of public media funds of all kinds and help avoid blowback from station donors, foundations, underwriters and government. APTS, CPB and PBS could play key roles in drafting a set of principles, but the initiative would be most effective and compelling if it came from local licensee recipients of auction proceeds. Smart industries know the value of self-regulation.

Along with changing how viewers and donors respond to fundraising appeals, the auction windfall could alter how members of Congress respond to annual appropriation requests for CPB. It could change the relationships between PBS and its member stations, especially when major producers can self-finance production and distribution of their own programs. If auction proceeds widen the gulf between “have” and “have-not” stations even further, there could be broader implications for CPB community service and programming grant policies. Public TV also will need strategies to fill any “white areas” in universal service if they are created by spectrum sales or loss of coverage.

Reevaluation of policies and structures

CPB and its station advisory committee have wisely addressed CPB’s policies for awarding Community Service Grants to stations that share spectrum. It may be time for other policy solutions to accompany CPB’s requests to Congress. These could include incentives for auction recipient stations to reinvest in public media locally or nationally, as proposed above. In general, a greater share of CPB funds should go to stations that provide the widest range of free over-the-air services to their communities. If public services are diminished or eliminated because of spectrum sales, grant funds should be awarded to public media organizations willing to restore them. Revised allocations of grant monies would ensure that CPB funds serve their mandate to provide universal service, the same purpose to which spectrum was reserved decades ago.

Structural changes may need examination as well. The public television system, as it evolved from the Carnegie Commission and the Public Broadcasting Act of 1967, may or may not be suited to the post-auction environment. The Act was last reauthorized in 1992, and our divided political culture remains too corrosive for a productive congressional debate. But maybe it’s time for an internal revaluation of the basic institutional structures as part of post-auction strategic planning.

Blue-ribbon commissions about “the future of public media” have come and gone. An intentional, strategic discussion could be catalyzed by the major foundations, but the real conversations must originate from within public media. Station affinity groups and planning meetings provide a robust forum for addressing post-auction challenges and opportunities. I’m sure that ideas similar to those I’ve proposed and many more are being frankly discussed. All stakeholders must eventually be part of a national discussion; but, ultimately, leadership must come from the national organization boards elected by their members or appointed by the president.

In part two of this commentary, I’ll share insights I’ve gained from working with commercial and public broadcasters, technologists and financial analysts about the technologies and economics of Next Generation Television. I’ll also examine more closely the coming TV repack, which my colleagues and I consider a $1.75 billion stimulus program for the new post-auction, all-IP television industry.

John Lawson is executive director of the AWARN Alliance and principal at Convergence Services, Inc., a strategic consulting firm with commercial and public broadcasting clients. He served as president of the Association of Public Television Stations from 2001 to 2008.