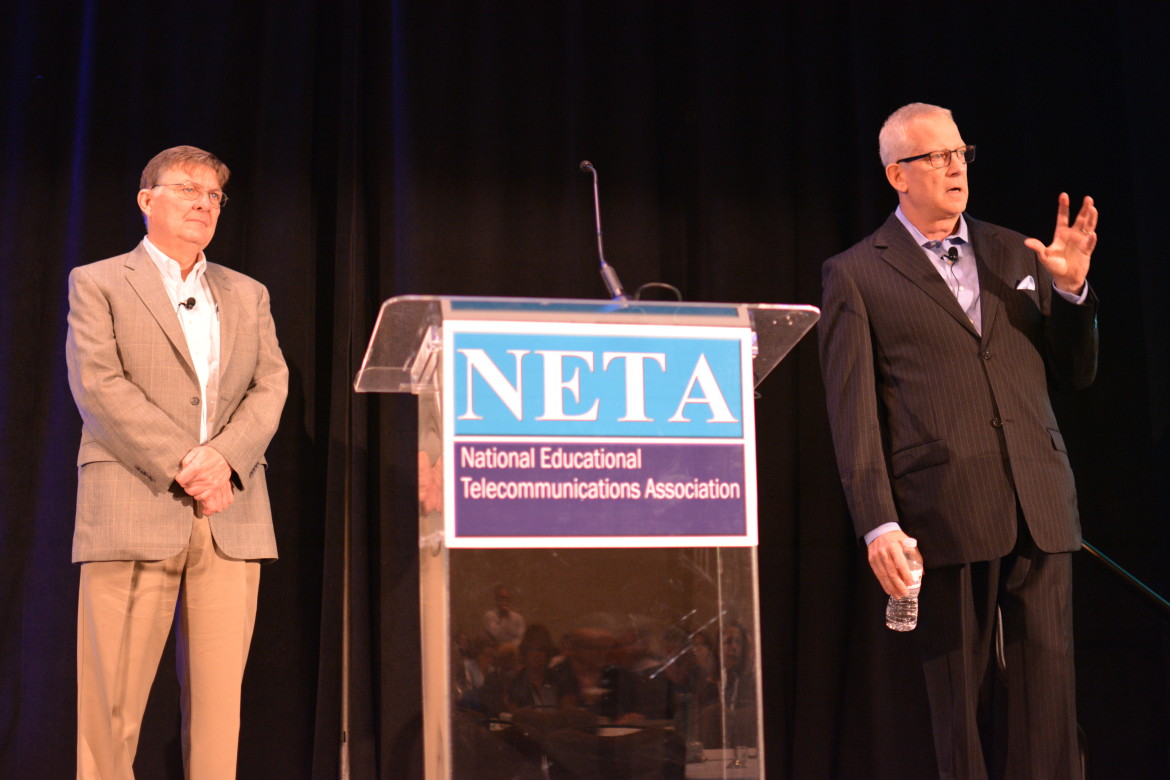 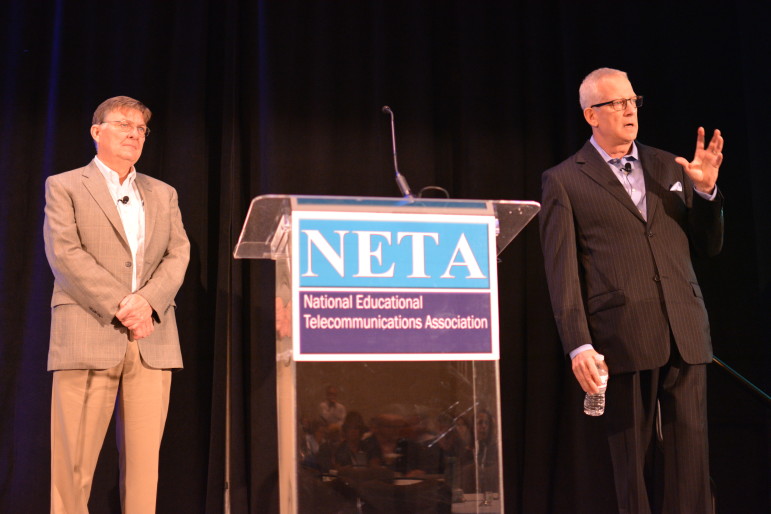 Consultants are warning public TV licensees not to put too much weight on the opening bids for next year’s spectrum auction, which the FCC is expected to release as soon as this week.

John Lawson, former president of the Association of Public Television Stations, and Vincent Curren, former CPB c.o.o., gave that advice Wednesday at the annual National Educational Telecommunications Association conference in Tampa, Fla. Over-the-air viewership is growing, they said, and innovations in broadcast technology holds promise for new revenue models for stations that continue to broadcast over the air. In addition, the cellular carriers who will buy spectrum won’t be interested in most markets.

“Many stations are going through a lot of effort, which you have to do, figuring out your strategy and making your decision to participate in the auction,” Curren said. “And many of those stations will wind up without having any of their bids accepted.”

At a session earlier in the week, APTS officials also warned that stations in many markets were not likely to see bids. Outside of the largest markets, they said, licensees will be lucky to see half of opening bids when the bidding process ends.

The FCC will buy the spectrum from commercial and noncommercial broadcasters and resell it to cellular providers in a so-called “descending clock” format, in which new rounds of bidding start with increasingly lower amounts until a bidder submits a bid or a sale is not made. A licensee can opt to move from UHF to VHF, sell some spectrum and enter into a channel-sharing agreement or sell all of its spectrum and stop broadcasting. Channel-sharing and moves to VHF will bring in lower payments than full sales.

Total opening bids for noncommercial spectrum could reach $60 billion, according to Dennis Haarsager, who retired in June as executive director of the Public Television Major Market Group. But he agreed that actual proceeds will be much less, with bidding heaviest in major metro areas most attractive to the wireless providers. Elsewhere, participants will see multiple rounds of bidding with decreasing values.

“For a very small handful of stations in the country, the value will go down slowly,” Haarsager said in a phone interview. “But the vast majority will start at zero or move to zero pretty quickly.”

There could be exceptions. “It doesn’t mean there aren’t places out there” where participating in the auction should be considered, said Haarsager, who has been studying how the auction is likely to play out. But licensees “should be making decisions based on reality rather than irrational exuberance,” he said.

PBS is likewise cautioning stations to play down initial bids and stress that they represent a best-case sale price. “Because the FCC is conducting a reverse auction, all of the figures being reported are maximum initial bids that are expected to fall significantly during the auction process,” PBS wrote in a memo of talking points sent to stations Friday and acquired by Current.

The spectrum auction is coming at a time when the broadcast industry is moving toward adopting ATSC 3.0, a new broadcast standard that will marry over-the-air and broadband signals. Curren and Lawson told NETA attendees that ATSC 3.0 could provide new revenue streams and increase the attractiveness of over-the-air broadcasting.

While not endorsed by all broadcasters, ATSC 3.0 is a leading contender to replace the current ATSC 1.0 as the standard as early as 2017.

“Things are really about to change,” Curren said. “So when you’re making decisions about spectrum, be very careful about using today’s framework that in short order is likely to be outmoded.”

Lawson said station leaders should remember that the auction dates back to legislation passed by Congress in 2012. “All the premises behind it are obsolete,” Lawson said. “They were obsolete when the thing was signed into law.”

Curren also pointed out an increasing shift of viewership back to over-the-air broadcasting, citing a study commissioned by commercial broadcasters that found 15 percent of the population is watching over the air. That number continues to grow as people abandon or scale back their cable subscriptions, he said.

“All the evidence indicates that over-the-air viewing is growing in importance,” Curren said. “We keep reading about the death of television, and the evidence just doesn’t show that — particularly with over-the-air.”

Lawson said he has spoken with large commercial broadcast groups that remain bullish on the prospects of over-the-air broadcast as more people opt out of cable subscriptions or augment less expansive bundles of premium programming with over-the-air.

“I’m not here presenting the public broadcasting case per se, based on the financial upsides,” Lawson said. “What I am saying, though, is that a lot of people smarter and richer than I am have done modeling of the industry, and they see a big upside for themselves. And I think there’s an opportunity for public broadcasting to take a piece of that.”

After the FCC issues bid letters, broadcasters will have until around Thanksgiving to decide whether to participate in the auction, scheduled for March 29, 2016.