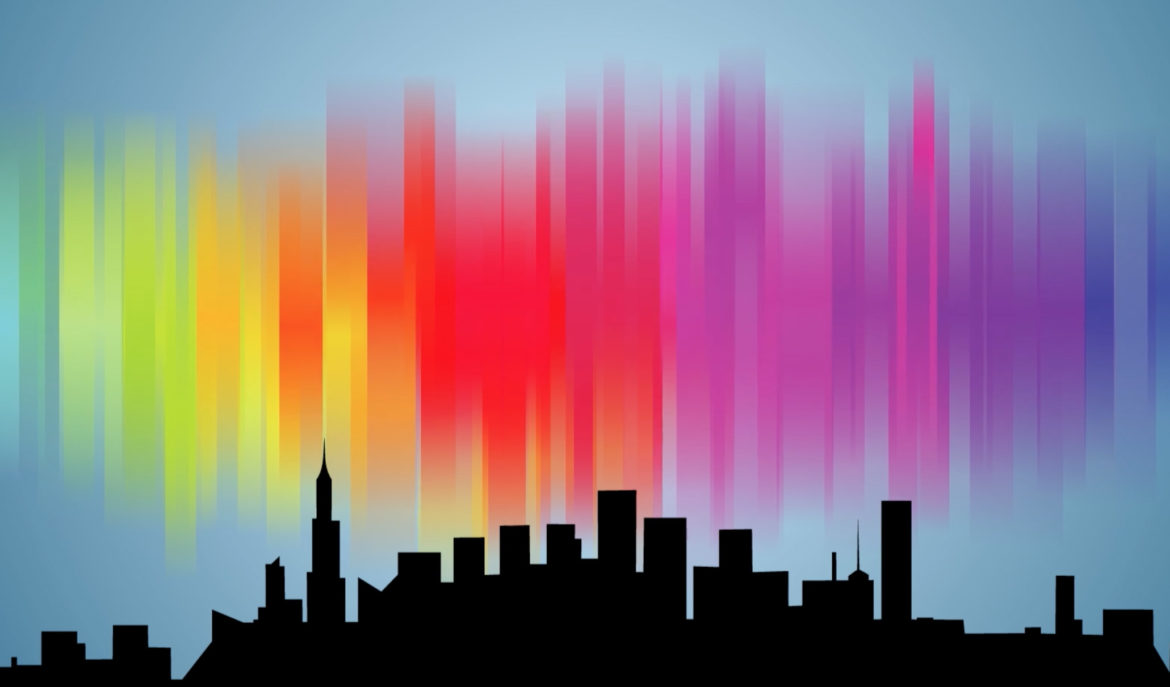 The first stage of the FCC reverse auction of television spectrum concluded as many analysts had predicted: Sellers’ opening bid prices were more than $60 billion higher than what the forward auction buyers were willing to pay.

We believe it’s unlikely that the second stage of the auction will succeed at matching sellers’ prices to buyers’ offers. The reverse auction, which adjusts to lower demand for spectrum by clearing fewer channels at lower prices, might continue into third and fourth stages through next spring.

Based upon a Public Media Company analysis, the total potential compensation for public television spectrum drops from a projected $6.8 billion, which would be generated if the auction were to close in the current Stage 2 clearing level of 114 MHz, to $5.9 billion at a clearing target of 108 MHz. At what we believe would be the worst-case scenario of a final clearing target of 84 MHz, which would be set in Stage 4, total compensation for public TV would be far lower and shared between only a handful of stations.

Public TV stations whose bids were frozen in June at the end of Stage 1 have now resumed reverse auction bidding to sell some or all of their spectrum in Stage 2, which has a lower national clearing target of 114 MHz.

The auction quiet period, which began this January, continues until both the reverse and forward portions of the incentive auction have concluded, and the FCC announces final results. This means broadcasters are prohibited from directly or indirectly communicating about their bids or bidding strategies — including their stations’ current eligibility status — with any other broadcast station licensee or forward-auction applicant. Only those broadcasters that have pre-auction channel-sharing agreements are exempt from this rule. They can communicate with their partners.

Each stage of the spectrum auction has two distinct elements. First is the reverse auction, in which the FCC bids for the TV spectrum it needs to meet its clearing targets. It is called a “reverse auction” because the FCC’s pricing decreases with each auction bidding round. Once the FCC has completed the reverse phase of an auction stage (as it did with the first target of 126 MHz), it then holds the forward auction. In this phase, the FCC offers the spectrum it acquired during the reverse auction to wireless bidders. In this case, auctioning starts at low opening numbers and then moves up in each bidding round.

To be able to complete the auction, the FCC needs to achieve a total price in the forward auction that matches the price it agreed to pay in the reverse auction, plus the costs of channel repacking and its own auction-related expenses.

We do not know who might be out of the auction or still participating, nor the bidding strategies of forward auction participants, but we can make some educated guesses about what might happen in the coming months.

Before the auction began, the FCC set very high opening-bid prices for television stations interested in giving up their spectrum. During the Stage 1 reverse auction, the FCC tried to clear 126 MHz of TV spectrum — everything above UHF channel 29. Bidding prices offered to TV stations went down from the opening amounts until the FCC had just enough stations willing to give up their spectrum to vacate channels 30+. The reverse auction closed with a projected cost of $88.38 billion for the FCC; that included $86.4 billion needed to pay broadcasters for their spectrum and $1.75 billion to cover their relocation expenses and other auction expenses.

The Stage 1 forward auction, during which mobile wireless providers bid for cleared spectrum, netted only an estimated $22.45 billion, roughly a quarter of the amount needed to close the auction.

The questions for future stages, therefore, are how far the $88.38 billion price tag will drop, how much the $22.45 billion sales price will rise and whether the two figures will eventually meet.

The FCC has now moved into Stage 2 of the auction, lowering the clearing target to 114 MHz. For TV broadcasters in most markets, that means there will be 12 MHz of additional spectrum — in essence, two UHF channels — available for broadcasting. In many cases this change is likely to mean that stations whose bids were provisionally accepted in Stage 1 are now back in the bidding process. In each round the FCC will lower the price it is offering for their spectrum.

Public media consultant Dennis Haarsager recently noted that actual participation in Stage 1 appears to have been less than predicted in an FCC simulation of the 126 MHz clearing target, which would have required reserving more spectrum real estate for repacking stations that chose not to participate.

The repacking process, which will occur after the auction concludes, allows the FCC to clear contiguous blocks of spectrum for sale in the forward auction. Channel assignments for stations that choose not to participate in the auction — and those that sell a portion of their spectrum — will be “repacked” in each market. Since Stage 2 takes two channels out of the clearance target, there will be more capacity to accommodate nonparticipants; the FCC won’t have to buy as much spectrum this time around. The key question is whether the lower demand for spectrum reduces the FCC’s costs to prices that the wireless industry will be willing to pay.

Even if broadcasters agree to accept considerably lower prices in Stage 2, it’s unclear whether the lower clearing target will create the scarcity needed to drive aggressive bidding by wireless providers.

If bidder conduct in this auction is similar to prior auctions, this means that that the supply available in the top markets may not have reached market levels. Evidence supporting this is the fact that the “final” price for the New York Partial Economic Area was $1.89/MHz-POP, radically less than the average of $5/MHz-POP paid for spectrum in that region during the Advanced Wireless Service (AWS-3) spectrum auction in 2015. The AWS-3 auction produced $44.9 billion in gross revenue.

Given that precedent, we believe it is unlikely that the Stage 2 forward auction will generate enough revenue to match bid amounts offered to broadcasters in the Stage 2 reverse auction. Even if broadcasters agree to accept considerably less in Stage 2, it’s unclear whether reducing the amount of spectrum by two channels will create the scarcity needed to drive aggressive bidding by wireless providers.

If Stage 2 fails and the FCC proceeds according to its plan, the clearing target will drop from 114 MHz to 108 MHz and the number of forward-auction licenses the FCC will have to sell will decrease from nine to eight in most markets. This lower clearance target of 108 MHz provides only one more television channel for the FCC to repack stations. The cost of buying spectrum from stations may therefore not drop very much compared to Stage 2. But in the Stage 3 forward auction, there will be less spectrum offered to wireless companies, and it could generate more competitive bidding. Because of this, we think there is a possibility that the auction could close in Stage 3. Given the time required to complete Stage 2 and initiate and complete Stage 3, we think this scenario would bring the auction to conclusion in early 2017.

But if Stage 3 fails, we believe the auction would have a better chance of closing in Stage 4, which will reduce the clearing target from 108 MHz to 84 MHz. This means there will be four additional UHF channels available for the post-auction repack. The FCC will buy far fewer stations and pay significantly less for each of them. If the auction continues through all four stages, it will probably run into spring of 2017.

Earlier this year, Public Media Company commissioned national computer simulations from Charles River Associates to predict the value of spectrum held by public TV stations. For the Stage 2 clearing target of 114 MHz, these simulations showed a total compensation of $37 billion for all participating stations and $6.8 billion for public TV alone. The simulation projected that 58 public TV stations would receive significant compensation. At Stage 3’s 108 MHz, the total compensation dropped to $28 billion for all stations; the $5.9 billion paid for public TV spectrum would be directed to 55 stations. While these pre-auction projections are generally in the range of what analysts predict for Stages 2 and 3, it is likely that there won’t be enough demand to meet these prices and conclude the auction in either stage.

Though the spectrum auction remains a work in progress, it’s very possible that the financial impact on public TV could shift — and drop — especially if it closes at a clearing level of 84 MHz or below.

If the prices in the forward auction remain low and the FCC goes to Stage 4, compensation for public TV would be greatly reduced: The CRA model predicted that only 25 public stations would be successful in the auction with a clearing target of 84 MHz, compared to 55 at Stage 3’s 108 MHz. If the auction concludes at this stage, we expect that only a handful of public stations would receive any significant compensation from the auction.

Though the final outcome and impact of the spectrum auction are still very much a work in progress, it’s very possible that the financial impact on public television could shift — and drop — especially if the auction does ultimately close at a clearing level of 84 MHz or below.

Under this scenario, fewer public television stations will be repacked into new channel assignments. They will not be eligible for FCC reimbursement for 90 percent of the costs of replacing their transmitters and other broadcast facilities. In short, they will have to bear those expenses themselves.

Those public stations that are repacked will likely be able to complete the technology upgrade to the ATSC 3.0 broadcasting standard, which is now anticipated to begin in 2018. While it is less likely that there will be a loss of universal service of public TV signals if the auction concludes at Stage 4, there could still be some sole-service public TV stations near major markets that could be sold, cutting off OTA public television services to their communities.