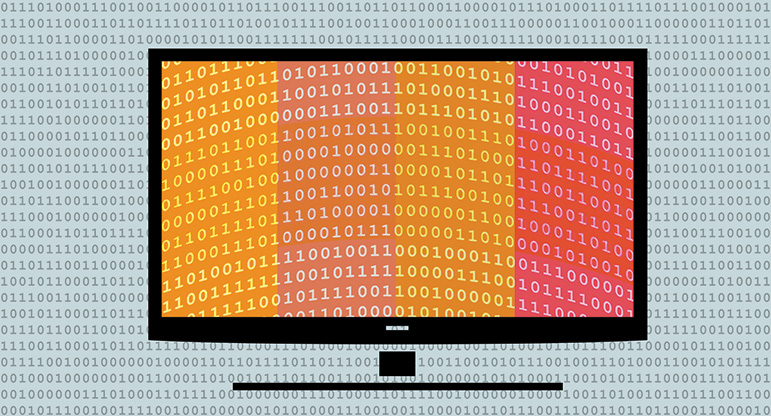 A new digital television standard, featuring interactive services and enhanced video and audio capabilities, will be released next year, thanks to the work of an industry-wide collaborative led by the Advanced Television Systems Committee (ATSC).

Unlike all preceding television standards, this one will affect far more than television, providing over-the-air audiences with options for using the internet and smart home receiver systems that can distribute to any device in the home. It also offers unparalleled video and audio quality.

Over-the-air viewing is still important to millions of Americans. According to Nielsen, in the last couple of years, cord-cutting has increased exclusive over-the-air viewing in the U.S. from 9 to 11 percent of television households, a total of about 12.5 million households in all. The percentage of exclusive OTA viewing varies by market from 3 percent to 32 percent, but collectively these homes have the combined size of the New York and Los Angeles designated market areas.

What can it do?

ATSC 3.0 has turned out to be a multimedia standard that’s capable of providing television, radio and digital content. This makes it as potentially important to “over-the-top” media distribution as it is to broadcast television. Mark Richer, president of the ATSC, has said we should think of it “as a high power-high tower nationwide IP network.”

However, its interactive services are, in my view, the most exciting capability. In Europe and elsewhere in the world, a “hybrid broadcast-broadband” open standard called HbbTV — possibly the world’s worst acronym — has been developed by another consortium. Its latest version, incorporated in ATSC 3.0 and called the Interactive Environment, is already in use in more than two dozen countries and all the major set manufacturers are building it into their receivers. It operates through apps (written in standard HTML5) on your main screen. More than 250 apps are already deployed.

Public broadcasters might use these apps to display a media-rich program guide providing to access to a radio or television stream and supplementary programming information. They can also display fundraising appeals. Imagine adopting a pledge pitch like this:

“Pledge now at the $120 level and download this program to your internet-connected device instantly.”

Because there is a return path via the internet, viewers can order “catch-up” (allowing access to recorded versions of live programs missed in, say, the past week) and video-on-demand (VOD) services to be sent to their tablet, PC or phone. It can also send VOD to the main receiver on an internet-enabled “smart TV.” Apps can provide news, weather, sports, audio channels, social media, “push VOD,” quizzes, emergency information (through the Advanced Warning and Response Network, for example) and “companion apps” (think Roku).

Addressability, which provides powerful tools for development and underwriting messages. Viewers can subscribe to “early warning” messages about upcoming programs. By monitoring usage of the apps, programmers can tailor content recommendations and fundraising appeals geographically or by user. They can also get near real-time analytics of how and by whom content is used.

Channel bonding, or the ability to combine data from more than one transmitter and operate it as if it was one higher capacity station. Television broadcasters in the U.S. already use this for ENG video back-haul applications using multiple cellular telephone lines. One application would combine the excess data capacity of multiple stations to serve up file downloads (video, internet-of-things) in the market. In the UK, the most popular way to get television is called Freeview, a free over-the-air 60-channel (video and audio) “wireless cable” service that uses channel bonding to combine the digital capacity of several UHF TV transmitters.

Single Frequency Networks (SFN), which can be used in urban or hilly and mountainous areas to fill in over-the-air coverage on a single channel. Ordinarily, the interference generated by two stations transmitting at close proximity on the same channel makes this impractical, but ATSC 3.0 incorporates technology to minimize this. Broadcasters can have the traditional “big stick” transmitting from the center of a coverage area while also using smaller directional transmitters that broadcast on the same channel, originating from the rim of a normal coverage area and pointing toward the center.

High Efficiency Video Coding (HEVC/H.265), which replaces MPEG-2 to transmit even more information through the channel. This will be hugely important to stations that give up half a channel in the FCC’s incentive auction.

In addition to the development revenue potential of ATSC 3.0’s interactive features, many broadcasters are interested in taking advantage of its flexible transmission system to attract revenue from new kinds of customers — those who use file transfers to complete video purchases or deliver “internet of things” software and firmware updates to vehicles and appliances. Public broadcasters are pretty creative about using new development techniques, but the file transfer business is a new one. Stations will attract new customers through local and national collaborations that pool available spectrum.

What are the challenges?

Stations will need to purchase new components to enable their transmitters to work with the new standard. Those stations that wish to provide 4K UHD and other advanced features will incur additional capital expenses to upgrade their studios and master controls. Since this will be happening at about the same time as the post-spectrum auction channel repacking, it’s possible that repack reimbursements from the FCC could help broadcasters with some of the ATSC 3.0 expenses.

ATSC 3.0 is not backward compatible with the current DTV standard, so it will require consumers to buy new receivers or tuners. Also, the FCC will not give broadcasters second channels on which to operate the new format during the transition as it did with 1.0. Some means of introducing the new technology will be necessary.

Last month, the National Association of Broadcasters, the Consumer Technology Association, our own America’s Public Television Stations and several other interested organizations filed a joint petition urging the FCC to approve ATSC 3.0 for voluntary use by existing digital television stations. Following up, at the NAB convention in Las Vegas, FCC chairman Tom Wheeler followed through on his promise to issue a formal request for public comment on the proposal quickly.

Since it won’t be possible to broadcast ATSC 1.0 and 3.0 on the same transmitter, the petition proposes a transition period allowing simulcasts of programming in the original ATSC on some transmitters and ATSC 3.0 programming on others. Broadcasters in each market will need to devise plans for some extensive channel sharing in which some multi-station transmitters use ATSC 1.0 and others transmit using 3.0.

Existing duopolies will find this easy, but other stations will need to forge new relationships. Over the longer term, these could grow into data-pooling efforts allowed by ATSC 3.0’s channel bonding features.

There’s a good chance that public television might be at a disadvantage in developing these relationships. We do have some duopolies — though that is likely to change through the restructuring expected from the incentive auction. But we also have a disproportionate number of stations — very often university or state agency licensees — that are located in the “hinterlands” of their DMAs rather than in the metro core. These stations will not be able to offer coverage parity to other broadcasters in their markets, nor will they be able to receive coverage parity from others. Similarly, stations that give up half their channel capacity in the incentive auction may also be disadvantaged: They will need to broadcast in both formats but lack the spectrum to contribute to a market pool.

For consumers, the transition will be easier. Televisions bought during the digital transition include both analog and ATSC tuning capabilities. There’s no reason why those purchased after the new standard is adopted can’t have both ATSC “1.0” and 3.0 tuners. Tuners for 3.0 can be built into HDMI dongle sticks or small boxes to provide access. At last month’s National Association of Broadcasters convention in Las Vegas, LG demonstrated an “ATSC 3.0 Wireless Network Antenna,” essentially a standard home Wi-Fi router with an ATSC 3.0 (and ATSC 1.0) tuner. It has a built-in electronically steerable “smart” antenna that can distribute programming to multiple devices throughout your home. It seems like a winner.

A challenge of a different sort is ensuring that cable, satellite and other MVPDs do not use the regulatory process to strip the Interactive Environment from ATSC 3.0. In Europe, there has been some push back from cable in passing through these same capabilities.

Time is of the essence

Work on the ATSC 3.0 standard is to be completed in early 2017. At next year’s NAB, exhibitors should have a fairly complete array of equipment options on display, but some are already ready.

The transition to the new standard will be more transformative than any we’ve experienced. It recognizes and embraces the world of multi-device, user-driven media that we live in and provides the greatest prospect for public broadcasting’s future. Since this will be rolling out contemporaneously with the post-auction repack, stations and governing boards need to think strategically about spectrum management — how to get the most mission value out of these new capabilities and how to manage associated costs.

Dennis Haarsager is a consultant on the spectrum auction and strategic planning in public media. He previously served as executive director and president of the Public Television Major Market Group, as interim c.e.o. of NPR and as g.m. of the radio and TV network at Washington State University.