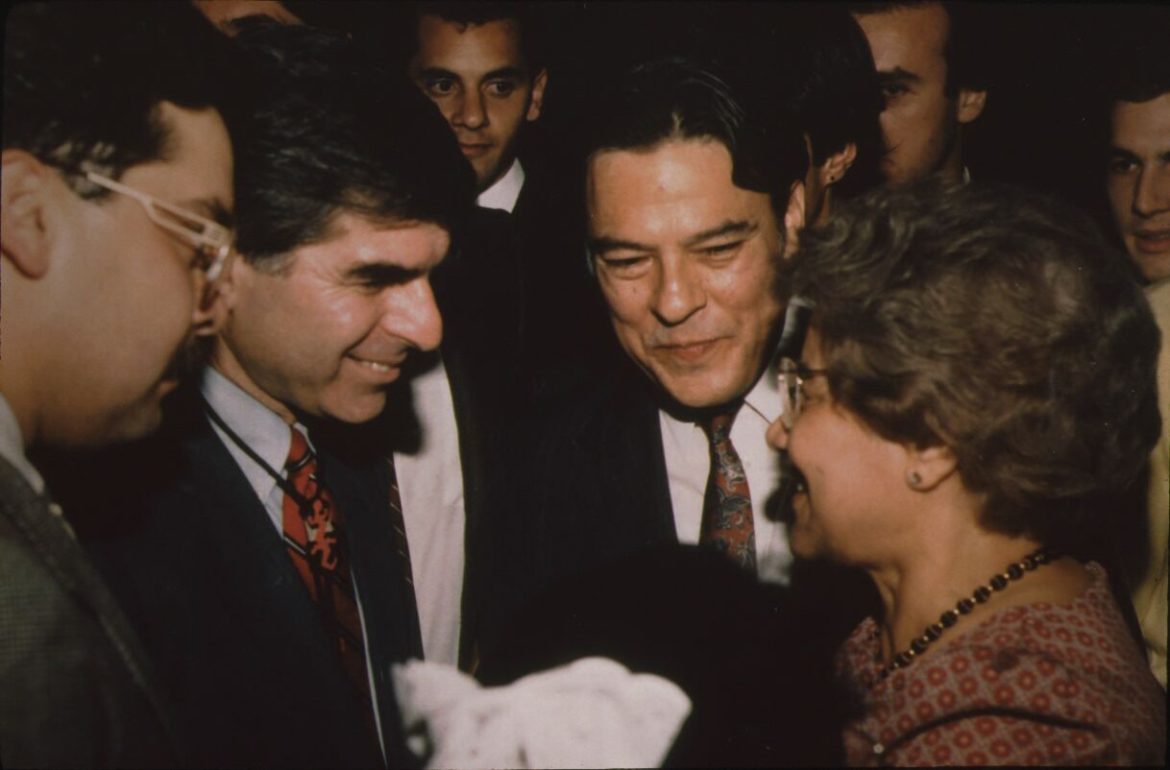 PBS’s election coverage this fall includes two primetime specials that dive into the demographic changes that are reshaping the American electorate.

The first, a return of Maria Hinojosa’s America by the Numbers, introduces viewers to voters from four distinct demographic groups that will influence the outcome of the general elections. The second, a documentary from independent producer Hector Galán, examines the legacy of Willie Velasquez, founder of the Southwest Voter Registration and Education Project, which is credited for increasing the political participation of Hispanic Americans as voters and elected officials.

Stories of ‘the newly empowered’

Hinojosa and her producers at Futuro Media Group began exploring the implications of demographic changes within the U.S. population long before immigration became a hot-button issue in Republican presidential primary races.

America by the Numbers originally premiered on the WORLD Channel and PBS in 2014 with eight 30-minute episodes. With this election special, “The New Deciders,” they continue to follow this theme, spotlighting the emergence of Arab Americans, black millennials, Latino evangelicals and Asian Americans as influential voting blocs. “This is the story of the newly empowered. I came away inspired with American participatory democracy,” said Hinojosa in an interview with Current.

Hinojosa travelled the country to talk with politically engaged people from each of these groups. In Orlando, she interviewed Gabriel and Jeanette Salguero, a couple who serve as co-pastors at the Iglesia El Calvario mega-church and encourage members of their congregation to become politically active. In California, Hinojosa reports on Lingling Chang, a Taiwanese American who is a Republican candidate for the California State Senate, as well as other key players working to mobilize Asian American voters in the state.

Two additional segments feature young voters: 20-year-old Markeece Young, a black Republican who was one of the youngest delegates to the state convention of North Carolina’s GOP; and Sarah Mohammad, a Palestinian American and senior at Cleveland State University, who describes her work to promote cross-cultural understanding and political activism amongst Arab Americans.

Produced by the Futuro Media Group in association with PBS, The New Deciders is scheduled for a Sept. 6 debut on PBS. The program, which is funded in part by CPB, is presented by WGBH in Boston.

History of the Latino vote

Willie Velasquez with Michael Dukakis at an event in San Antonio in the 1980s. (Photo credit: George Velasquez)

Galán’s one-hour documentary Willie Velasquez: Empowering the People will  look at the organizer whose work more than four decades ago brought Latinos into the political process. The Southwest Voter Registration and Education Project that he led launched 1,000 voter registration drives in 200 cities during the 1970s and 1980s.

“We had this incredible historical figure and we hadn’t told his story in-depth before,” said Sandie Pedlow, e.p. and executive director of Latino Public Broadcasting. “This story is a reflection of the growing importance of the Latino vote.”

In addition to revisiting the challenges that Latinos faced in participating in elections, the film provides a context for the ongoing fight for representation.

“We want the American people to understand the struggle of Latinos. This is our American history,” Pedlow said.  “This is a constituency that no candidate can ignore.”

Indeed the number of eligible Latino voters in the United States will be nearly as large as that of African Americans this fall, according to a recent analysis of U.S. Census data by the Pew Research Center. The number of Latinos eligible to vote will top 27.3 million by November, Pew reported early this year. Pew also projected that 27.4 million African Americans will be eligible to vote.

Anti-immigration rhetoric of GOP presidential nominee Donald Trump’s campaign has made this election “very unusual for Latinos,” said Galán, who produced and directed the film. However, he wanted to focus on the history of the Latino vote, looking at the bigger picture beyond the headlines so that the documentary will remain relevant beyond this election cycle.

A co-production of Galan Incorporated and LPB, the special debuts on PBS Oct. 3.

LPB is planning community screenings and discussions of themes in the film in Texas and possibly Los Angeles, according to Pedlow. Additionally, components of the film will be available on PBS Learning Media.

“We want a new generation to know this history and not forget it.”  said Galán. “It makes it gratifying to bring the story to public television.”

2 thoughts on “With American electorate more diverse than ever, PBS election specials explore impact of shift”