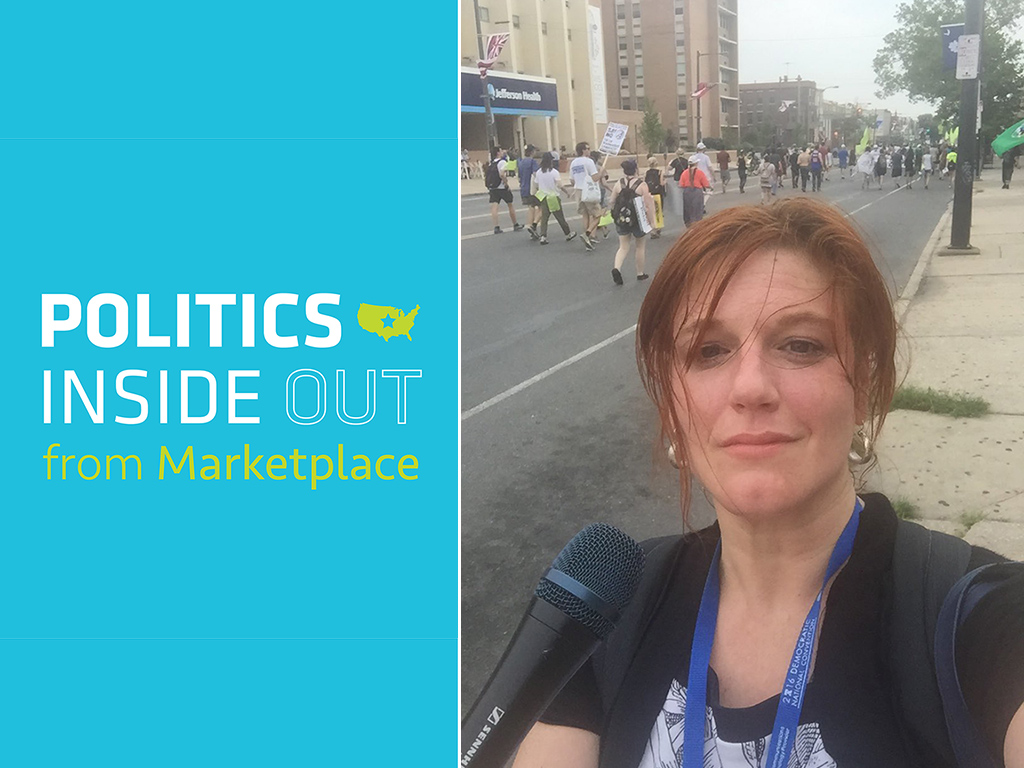 Left: The logo for Seabrook’s new Marketplace podcast. Right: A selfie Seabrook took while sweating on the streets outside of the Democratic National Convention in Philadelphia and being interviewed for The Pub.

A couple years before all the cool kids started quitting NPR and launching podcasts, political reporter Andrea Seabrook quit NPR in 2012 and launched a podcast. She’s the OG of that particular trend.

The show Seabrook created — DecodeDC — was a direct reaction to her dissatisfaction with the kind of political reporting that NPR demanded of her. She didn’t want to report on the day’s events on Capitol Hill, gathering quotes from politicians as though anything they said was particularly honest or meaningful. Instead, she wanted to cover Washington from the point of view that the system is broken.

Seabrook left DecodeDC last summer after a successful run, and now she’s come back to public radio as Marketplace’s new Washington bureau chief. On The Pub, I asked her how she’s going to do public radio political coverage differently this time around.

“I want Marketplace, I want public radio, I want America — just to be magnanimous — to redefine our politics in a way that actually makes sense instead of, you know, the bill of goods we’ve been sold about who’s on whose side,” she said.

On this week’s show, Seabrook walks among protesters outside of the Democratic convention in Philadelphia and argues that the real American political spectrum isn’t liberal­–conservative, but insider–outsider.

Also, I review the NewsHour’s collaboration with NPR on convention coverage this year. Unfortunately it seems as though TV and radio are like chocolate and vanilla — you can’t mix them without the former totally overpowering the latter.

2 thoughts on “‘The Pub’ #72: Andrea Seabrook comes back to public radio”