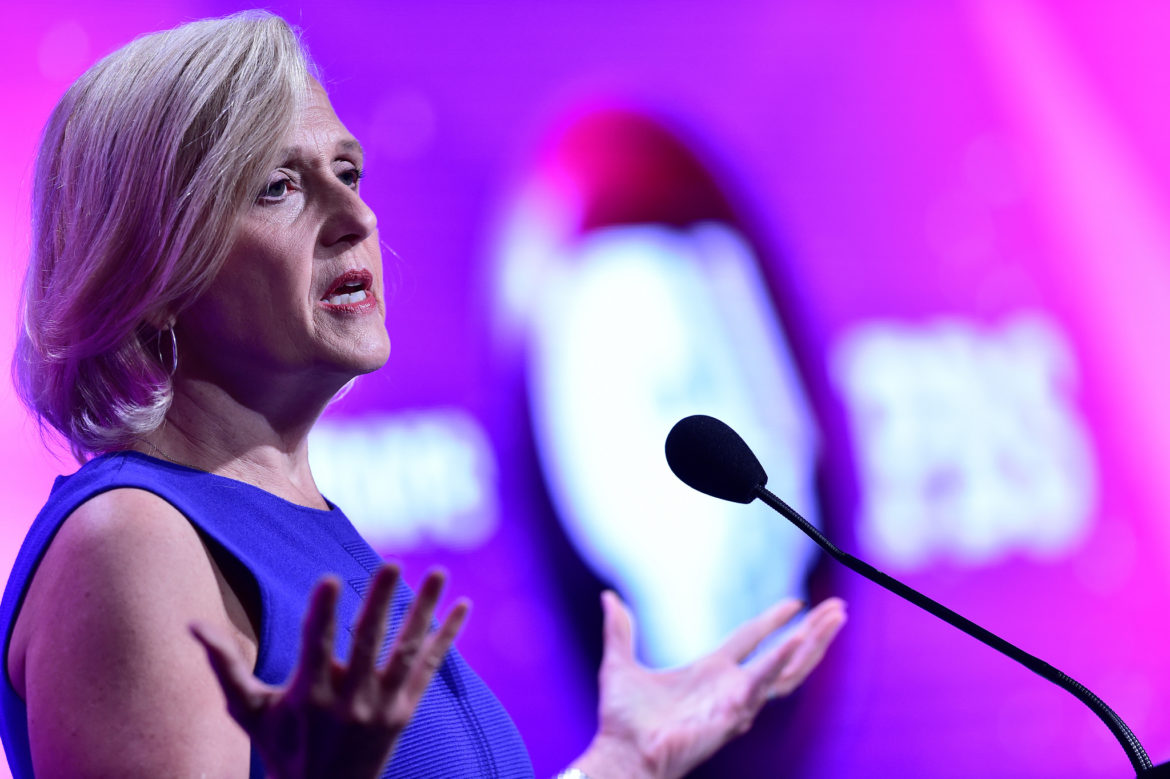 BEVERLY HILLS, Calif. — It brought a flurry of program announcements, but the two-day PBS portion of the annual summer Television Critics Association press tour, which began Thursday at the Beverly Hilton, set off few fireworks. Even when the topic was fireworks.

Kerger said PBS’s handling of its broadcast of the annual Fourth of July fireworks on Washington’s National Mall was contrary to policy. With clouds obstructing the view, PBS’s A Capitol Fourth instead showed last year’s fireworks display without disclosing that it was doing so.

“I was in Washington,” Kerger said. “I kept looking out the window, thinking, ‘Oh, that’s interesting’ because I knew what I was seeing.” The show’s producer erred by not indicating that the telecast was taped previously, she said. A subsequent broadcast included a crawl noting the show was taped a year ago. “People trust us to be accurate and, in this case, what was broadcast was not,” she said.

Kerger’s appearance at the press tour marked her 10th anniversary as PBS president. Asked about the biggest change over the last decade, she pointed to the widespread availability of TV shows at times convenient to viewers. Viewers are in “an environment where people can connect to content on their own terms,” she said.

The challenge for the next 10 years will be for PBS stations, often the only locally owned and operated stations in their cities, to remain relevant and important to their communities. They will need to keep doing the job that no one else is doing by looking at viewers as citizens and not consumers, she said.

Burns and Joukowsky discuss Defying the Nazis: The Sharps’ War at the Summer Press Tour.

The press tour also was marked by a visit from documentarian Ken Burns, whose steady stream of popular series practically guarantees him a place on the semiannual press tour schedule. Burns, who turns 63 Friday, took questions about his latest film, Defying the Nazis: The Sharps’ War. It’s the story of a Unitarian minister and his wife who left their children in America to rescue hundreds of Jewish children in Prague and southern France.

Unlike many Burns projects, he became involved with this one after most research was gathered and interviews were conducted. Producer and co-director Artemis A.W. Joukowsky III, a grandchild of the couple in the film, approached Burns three years ago for help. “You could see a diamond in the rough,” he said. Burns, turn, recruited Tom Hanks for the voice of the minister.

Burns said his work on the film at the National Holocaust Museum in Washington led him to yet another documentary about what the U.S. could do and what it actually did while the Holocaust occurred. He said it would address the many “canards and conspiracy theories” about U.S. inaction even as it explored anti-Semitism in the State Department and exclusionary laws that denied entrance to doomed refugees.

Masterpiece producer Rebecca Eaton announced the tentpole series for the coming TV season would be Poldark, returning for a second season Sept. 25, and Victoria, an eight-episode series about the first three years of Queen Victoria’s life following her coronation at age 18. Coincidentally, both series are from English production company Mammoth Screen.

Eaton also revealed that Masterpiece will have three new Sherlock films early next year. “I can promise you, after seeing the first one, you will be shocked,” she said, but declined to elaborate.

Masterpiece also will present King Charles III, a 90-minute adaptation of the Tony-nominated Broadway play that imagines a reign of Prince Charles following the death of Queen Elizabeth. Tim Pigott-Smith from The Jewel in the Crown will play the title role.

The press tour led off with a spotlight on Splash and Bubbles, a new show designed to introduce children 4 to 7 to marine biology and ocean science. The series, which starts Nov. 23, is from the Jim Henson Company and uses Henson’s proprietary digital puppetry techniques. Puppeteers provide the voices and use their hands and feet to manipulate digital images, creating facial expressions and motion.

“It’s kind of like playing a video game,” said John Tartaglia, series creator and a veteran of 13 seasons on Sesame Street.

— Lin-Manuel Miranda, creator and former star of Broadway hit Hamilton, will host the sixth annual PBS Arts Fall Festival, beginning Oct. 21. Festival programming will include Hamilton’s America, about the creation of Hamilton, and a West End revival of the classic musical Gypsy.

— A Frontline special, Divided States of America, will spend four hours over two night looking at events during the Obama presidency that have reflected deep divisions in the country accompanied by populist anger and political gridlock. The special from filmmaker Michael Kirk is to air Jan. 17 and 18.

— The Great War, a six-hour, three-night event, will air as an American Experience special in April, marking the 100th anniversary of America’s entrance into World War I. The show will include the stories of black and Latino soldiers, suffragists and Native American code talkers. Filmmakers Stephen Ives, Amanda Pollak and Rob Rapley are directors.

— Spotlight Education, a week of prime-time programs, will focus on challenges facing students and the education system. The state of education “has gone relatively unexamined in the political conversation,” Kerger said. Eleven films and documentaries on the subject will run Sept. 12–17, including special episodes of Nova, Frontline and PBS NewsHour.