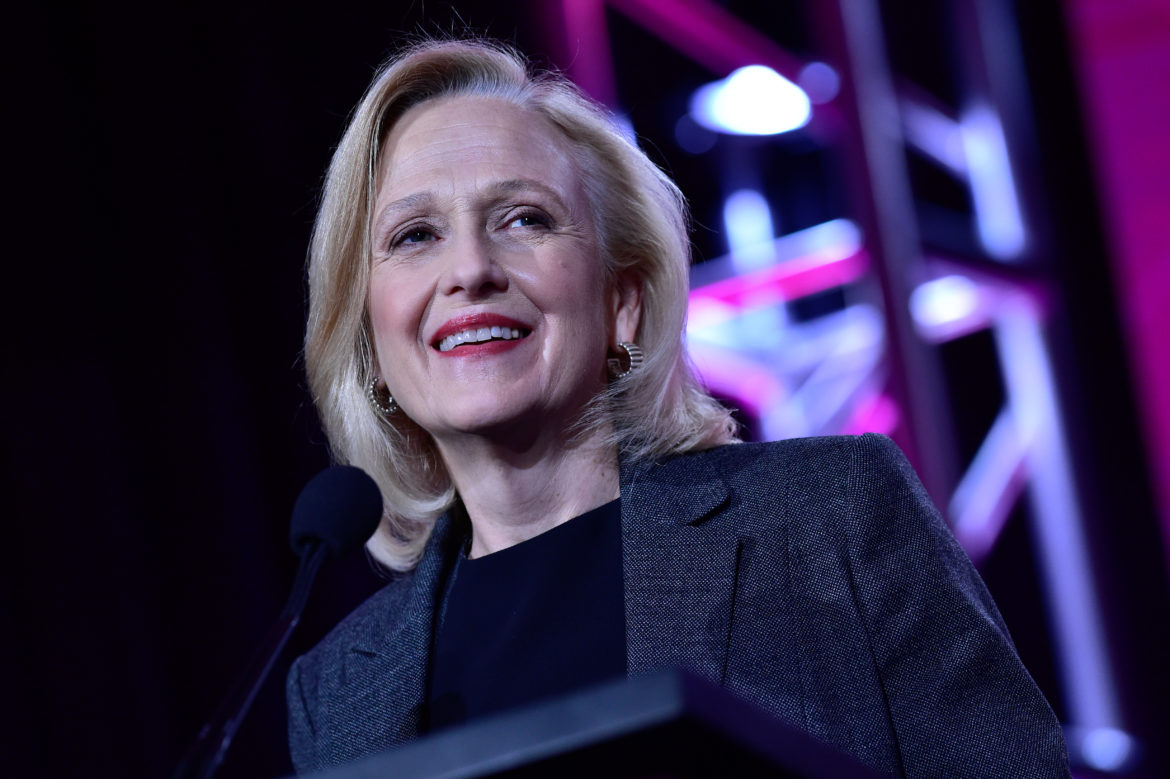 PASADENA, Calif. — With the presidential inauguration of Donald Trump just days away, PBS President Paula Kerger deferred questions from television critics that on what impact the new administration will have on funding for public television.

“We have … gone through periods where our funding has been at risk,” she said Sunday at the PBS portion of Television Critics Association Winter press tour.  When pressed, she said she had no indication of any type that public broadcasting is about to enter one of those periods.

“We have nothing to point to,” Kerger said, referring to potential funding cuts under the new administration. “We have not been mentioned in anything.”

PBS’s member stations have worked hard to persuade legislators, particularly new members of the House and Senate on both sides of the aisle, of the importance of federal funding for public broadcasting.  “Any time there is any change and you have new people coming in to Washington, our stations, in particular, make a specific effort to make sure that we’re reaching out and that people understand who we are and what we accomplish at the community level.”

Funding disbursed through CPB provides 15 percent of public television’s annual revenues, Kerger said, and most of these monies go to member stations. For some small and rural stations, CPB funds can amount to about half their annual budgets, Kerger told the TV press corps.

Kerger’s executive session at the press tour coincided with the launch of the PBS Kids 24/7 channel, which offers educational kids and family-friendly programming around the clock. PBS expects the channel will be picked up by 108 member stations reaching about 90 percent of U.S. households within the year, Kerger said. In addition, it will be streamed at pbskids.org and the PBS Kids video app.

Kerger also updated critics on PBS’s plans to broadcast six films that have their premieres at the Sundance Film Festival. These include Oklahoma City, an episode of American Experience; Motherland on POV; and Tell Them We are Rising: The Story of Black Colleges and Universities on Independent Lens.

“Sundance is an important place so we are proud of that,” she said.

“We’ve been working … with filmmakers on projects that we are also helping them to gain greater exposure through theatrical distribution,” she added. For example, that included a theatrical release for Maya Angelou: And Still I Rise, which is to be seen Feb. 21 on American Masters.

Immediately following Kerger’s press conference, documentarian Ken Burns took to the stage to discuss The Vietnam War, a 10-part, 18-hour film that is the centerpiece of PBS’s fall schedule.

Burns was joined by Lynn Novick, co-director and co-producer of the series, as well as Nine Inch Nails members Trent Reznor and Atticus Ross, composers of the film score. Music for the documentary is to be arranged and performed by cellist Yo-Yo Ma and the Silk Road Ensemble.

“For most films, soundtracks are added at the end,” Burns said. “We actually had this material from the beginning of editing so that we would change our scenes to the music. It’s baked into our interest and storytelling.”

Novick said she decided on Reznor and Ross when she saw the movie, The Girl with the Dragon Tattoo and was immediately taken by the score of the film.  She thought, “Whoever did this music, we have to get them to do our music for Vietnam,” she said.

The Vietnam War will have six two-hour episodes and four that run 90 minutes. It will feature about 80 interviews, including conversations with Marines, draft dodgers, protestors and combatants from North and South Vietnam.  Burns said it will refute conventional wisdom about the war. “It will be controversial but only among those who don’t watch it,” he said.

In her session with critics Sunday, Masterpiece EP Rebecca Eaton described the signature series shifting it emphasis to multi-season stories instead of individual titles. Recent examples of the trend are Poldark, The Durrells, Home Fires, Grantchester and Victoria, which premiered on Sunday. 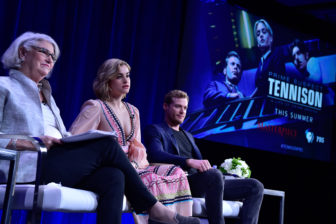 Led by Downton Abbey and Sherlock, multi-season shows have proven popular for PBS. “Hopefully, they’ll go on and on and on,” Eaton said. In the past, Masterpiece might feature as many as 10 different titles in a season.

The popularity of Downton Abbey and Sherlock had a halo effect on other Masterpiece programs, Eaton said. Not counting the audience for those two series, Masterpiece’s viewership has grown 20 percent since 2010. “That is the rising tide raising all boats,” she said.

Eaton also announced co-production of To Walk Invisible, a Masterpiece drama for late March about the Bronte sisters that was written and directed by Sally Wainwright. Another upcoming highlight is Tennison: Prime Suspect, a six-part prequel to the popular Prime Suspect dramas that starred Helen Mirren as Det. Jane Tennison. Starring Stefanie Martini, it airs this summer.

Correction: An earlier version of this story incorrectly reported that Maya Angelou: And Still I Rise will air on American Experience. It is to be presented by American Masters.