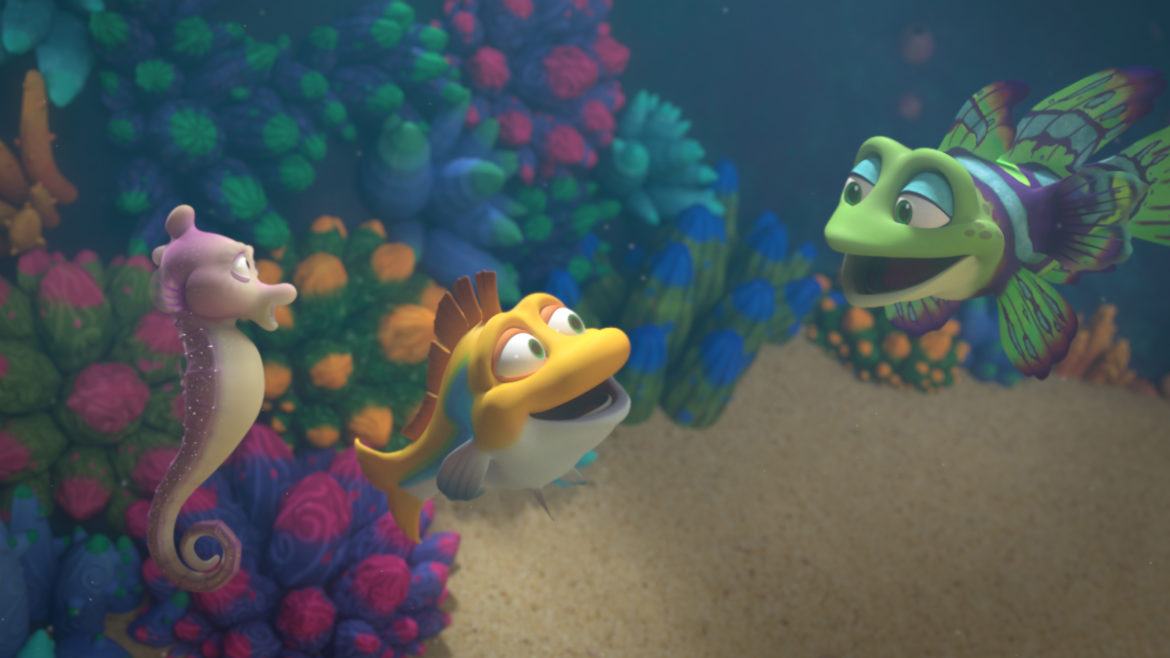 Splash and Bubbles, a new series exploring marine biology from the Jim Henson Co., is among the children’s shows getting round-the-clock airings on the multiplatform PBS Kids service. (Image: Jim Henson Co.)

The premiere of the PBS Kids channel this week is prompting public TV stations to reassess their multicast lineups — and, in some cases, invest in new equipment to expand those offerings.

Seventy-five licensees will launch PBS Kids at its Monday premiere with more rolling out later this year. The channel is PBS’s response to research showing a demand for children’s educational programming when main channels aren’t offering it, such as early evenings when parents are making dinner. Kids will also have access on mobile devices and the PBS Kids Video app.

The 24/7 multicast channel will be counterprogrammed to PBS’s regular children’s daypart and include such favorites as Daniel Tiger’s Neighborhood and Dinosaur Train as well as Splash and Bubbles, the new show from the Jim Henson Co.

“We are excited to launch our first live stream, which will extend the reach of our educational content and our stations’ mission and branding in new ways,” said Lesli Rotenberg, GM of children’s media, in an email. 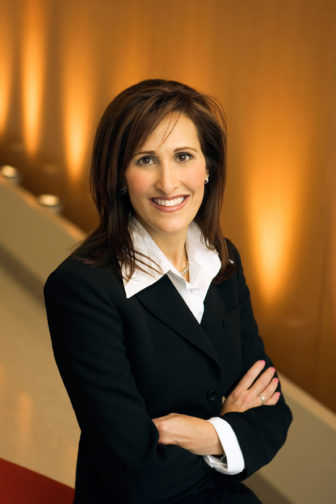 “Since this is our first live stream, building it out required a collaborative effort across PBS and stations to ensure the best possible experience for our audience,” Rotenberg said. “Ultimately, with help from stations throughout the buildout and testing process, we were able to create a service that will serve all American families on the many media platforms that they use.”

But that also means that some stations must make room by dropping an existing subchannel, adjusting bandwidth or acquiring encoders that allow them to add an entirely new channel.

Popular multicast channels include World, with public affairs and documentary programs, and the lifestyle broadcaster Create. Both are distributed by American Public Television and produced with Boston’s WGBH and New York’s WNET; the National Educational Telecommunications Association and PBS are partners. Another recent offering is FNX (First Nations Experience), a service featuring Native American and indigenous content that launched into national distribution in 2014. It was created by KVCR in San Bernardino, Calif., and the San Manuel Band of Mission Indians.

An informal survey of station programmers on their multicast lineups found that of 29 stations responding, three got new equipment specifically to add PBS Kids; six will swap out a locally programmed kids channel to make room; 11 will adjust bandwidth or add a third channel in existing bandwidth; and seven will drop an existing channel. Two stations indicated that they won’t carry the new kids channel at launch. Current distributed the email survey to the 83 programmers who are members of the Public Television Programmers’ Association.

PDs from several of the responding stations are substituting PBS Kids for Vme, the Spanish-language multicaster that launched on public TV in 2007. Created by New York’s WNET with backing from private investors, the channel plans to drop public TV affiliation and operate as a commercial cable channel.

While the new PBS Kids channel sparks tricky programming decisions at stations, it also offers yet another way to serve viewers.

Multicasts such as PBS Kids, Create, World and stations’ own locally programmed channels give public TV “an opportunity to increase value in our communities and thus loyalty among our viewers,” said John Decker, director of programming at KPBS in San Diego. “Our commercial competitors are using their channels for some pretty terrible stuff, so we want to move into the void.”

“Multicasting,” Decker noted, “allows us to expand our universe.”

PBS is providing the new kids channel free to member stations, and they will be able to insert local branding and other interstitials such as underwriting, Rotenberg said.

PBS expects around 100 licensees to launch the channel this year, making it available to 90 percent of U.S. TV households, Rotenberg said.

But as PBS adds to public TV’s multichannel offerings, Vme is pulling back so that it can pursue advertising revenues as a commercial cable channel. Concentrating solely on noncommercial underwriting was not a viable business model in the long run, said Victor Cerda, Vme’s SVP of corporate strategy.

“From a business perspective, we will now get paid cable subscriber fees as well as advertising revenue,” Cerda said. “For our PBS signal, we are not getting paid anything. So this was strictly a business decision.”

Cerda estimated about 80 percent of Vme’s current 43 public TV clients will drop the channel by March as contracts expire. Vme is already available through providers including DirecTV, Verizon Fios, Mediacom, AT&T and Frontier. The service is also in talks with Comcast and additional carriers, Cerda said.

Through public TV distribution, Vme’s carriage grew to reach 78 percent of all Hispanic television households in 2014.

Cerda said several public TV stations would like to continue to offer Vme content online. “We’re working on a way to maintain that service,” he said.

For Las Vegas PBS, the switch from Vme to PBS Kids — even before Vme’s decision — was logical. “We had a measurable audience in our market when Vme was originally launched,” said Cyndy Robbins, content director. However, “as their content evolved and commercial Spanish-language channel competition increased, Vme’s measurable audience in our market dramatically dropped.”

Childhood education, especially for households with limited proficiency in English, “is one of our top community service priorities,” Robbins noted, “and the new PBS Kids channel will provide more service to this population.”

Stations that aren’t affiliated with Vme came up with different approaches to free channel capacity for the new PBS Kids service.

Idaho Public Television is investing $250,000 for new encoders and a multiplexer, said GM Ron Pisaneschi. That equipment will allow IPTV to run two HD channels and three SD widescreen channels, one of which will be PBS Kids, he said. The state network anticipates a July launch.

Arizona PBS in Phoenix bought a new encoder as part of a recent engineering upgrade, which permitted the channel addition. And Alabama Public Television lucked out: The Birmingham-based network was able to adapt a spare encoder.

Illinois Public Media in Urbana will combine its two subchannels, World and Create, said Program Director David Thiel. Starting this week, each will rotate 12-hour blocks on one channel, and the new kids’ content will slide into World’s old spot. “We’ll monitor feedback and decide whether we’ll continue to offer a split service or eventually drop either World or Create,” Thiel said.

East Tennessee PBS is dropping World for PBS Kids — for now. “We felt that the educational opportunities that PBS Kids will offer to children and their families outweighed the need for World programming,” said Russ Manning, program director at the Knoxville station. “It was a hard decision.” He added that the station is actively searching for equipment funds to create another channel and reinstate World.

APT, distributor of Create and World, hasn’t noticed a significant drop-off in carriage of either service.

“We continue to be impressed by the longtime interest of stations and their viewers in multicast channels,” said spokesperson Jamie Haines. “Public television has a diverse offering of content and services to viewers of all ages and interests. Multicast channels substantially increase the public media footprint and impact.”