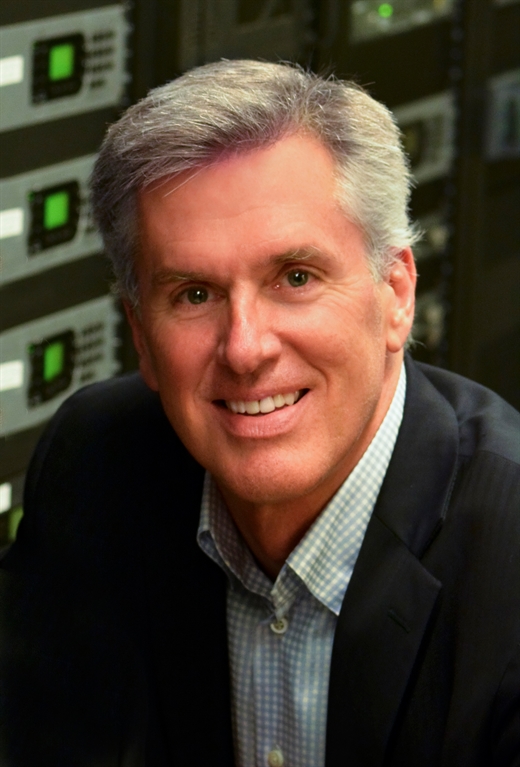 A recent episode of our podcast featured three interviews with public radio leaders about the digital future of NPR and its member stations. Bill Davis, c.e.o. of Southern California Public Radio in Pasadena, tackled the subject in the final interview with host Adam Ragusea. Davis began by discussing the NPR memo about promoting podcasts and NPR One that touched off much opinionating. (Listen to the first two interviews with Scott Finn of West Virginia Public Broadcasting and Andi McDaniel of WAMU in Washington, D.C.)

Bill Davis: Look, I thought it was a bit of a tempest in a teapot. I thought that the points — and I’m forgetting who made them [It was Mark Ramsey — Ed.] — about where he said that NPR was being crazy like a fox because they were already being able to reach those audiences and then digitally market to audiences who weren’t listening who then might cycle into their broadcast platform. That analysis seemed to me to be more spot on than ”NPR doesn’t know what it’s doing. They don’t have a digital strategy” or that “NPR is afraid of its member stations.” Those criticisms really didn’t have the ring of truth to me.

Adam Ragusea, Current: So does that mean that you would be comfortable with NPR aggressively promoting, say, NPR One on your air?

Davis: I would have some concerns about it. Actually, as Zach [Brand, NPR vice president of digital media] and other people can tell you, my issue is, Are the station default settings within NPR One accurate, and [is] the algorithm there working as well as it could? And the integration of local content within NPR One, is that working as well as it could? Because all of the other user information and those kinds of data are being shared, or there are at least processes in place to share those data, and NPR member stations can benefit from that. Now, if your database management isn’t in place, or if you don’t have the capacity to take that information about the NPR One users in your local area and then reach out to them for membership support and other things, I can understand why you would be concerned.

Now, you can get to a larger concern, that the distinct local station integration of local, national and international news in a sort of consistent user experience is a direct threat to any radio station, much less a public radio station. That may be legitimate, and if that’s the case I’d rather have NPR working with me to develop those products and those experiences and then me figuring out how I can add to that or adjust to that to continue to provide a meaningful and worthwhile service, rather than sticking my head in the sand and saying, “Oh, go away.” That may be an emotionally satisfying response, but it is not a response that makes the service and the institution that we’ve built here viable in the long term.

Current: Is that your vision for the future that maybe the whole audience, everybody, reaches public radio programming through NPR One, and then your station just sort of becomes a local feeder of material for NPR One? Is that what you’re saying?

Davis: I think NPR One is one of multiple experiences that public media is going to provide for people in a specific metropolitan or a specific community. Before I even get to sort of the technological things, I think what really matters most at this point is actually human relationships. There are people at NPR who have an understanding of local station concerns and local station dynamics, or what I call “cooperative institutional relationships.” I think that’s really the first time in NPR’s history that you’ve had that.

We’ll start with Jarl [Mohn, NPR’s president]. Jarl was the chair of my board and has a really deep understanding of local station issues and concerns. Then you go to Mike Oreskes [senior vice president of news and editorial director] who ran the AP and understands how newsrooms and at times competing institutions can actually cooperate with one another to provide both local and national, and in his case even international, coverage of events.

You’ve got Emma Carrasco [chief marketing officer and senior vice president for audience development] who had local station experience down in a Florida PBS station but still local on the marketing side of things. And excuse me, I almost forgot the breaking news today is that Tom Hjelm from WNYC in New York is going to be NPR’s digital czar. You’ve got people who have a local station understanding, and not just from major markets but also from smaller markets as well. You have the people in place who at least understand the concerns and aren’t approaching this from a mothership-first or a mothership-only kind of perspective. That is critical.

“I think what really matters most at this point is actually human relationships.”

Secondly, I think that this notion of the broadcast platform going away and then being replaced by ubiquitous Wi-Fi, or 7 or 8G, or whatever the ultimate bandwidth capacity would be. That’s real and we then need to figure it out — whether it’s with our newsrooms or with our local music approaches, like KCRW or WXPN, those one-to-one relationships really can only be executed at a local level. Again, the technology to allow a mass one-to-one relationship may evolve over time, but right now it doesn’t. Whether that is a greater level of cooperation from content creation and production, or whether the kinds of local content that we’re doing, say, with Take Two or with AirTalk or with The Frame can be integrated into either NPR One or some other kind of product — I’ll just call it a “digital product” for now — seems to me to be entirely feasible and capable or probable.

The question then is how you manage the relationships at the local level or between the local level and the national level. Obviously, that’s going to be a complex and challenging issue, but it seems to me that there’s going to be very few media entities that would be able to provide the kind of high-touch interaction that individuals are going to want if they are going to pay for that which they could otherwise get for free. Again, it’s not perfect, it’s always going to require work to maintain that alignment, but it seems to me that that local-national partnership could actually be strengthened in a non-broadcast environment or in a multiple-digital-application environment.

Current: I think that you’ve done a good job of explaining the content relationship that you see between NPR and its stations in the post-radio world. How do you envision the revenue relationships in that world?

Davis: That a great question, and the only honest answer that I can give you is, I haven’t thought about that enough. It seems to me to be almost axiomatic that the relationship between individual donors and the local institution would remain primary. In the conversations that I’ve had with everyone at NPR and every one of the member stations, I think that belief is shared.

Then there is the question about major giving and to what level do local stations have the capacity or the sophistication to do significant major giving. Or how much might they depend on an entity like NPR to work with them on cultivating major donors. I think that’s going to be a really interesting conversation, and it’s fraught because there are going to be some stations in particular markets or overlapping markets that have a level of sophistication or capacity in this area, and there are going to be others that don’t. There is a potential friction point there, and I think that NPR’s aware and I think local stations are aware.

Then go beyond major gifts to principal gifts — seven-figure and eight-figure gifts. Are there ways that the addition of NPR and the local station is greater than the sum of the parts, that by doing what I refer to as four-legged cultivation and four-legged asks that NPR gets more money from the donor and the local station gets more money from the donor? Obviously, again, that’s going to be a place where reasonable people might disagree about how those relationships are managed and maintained.

And then last but not least is the whole notion of underwriting. If somebody has a crystal ball on that one, I’m all ears and eyes. I can envision scenarios where everything gets aggregated at the national level. I can also see where you would have something that’s similar to what we have now. And I could also see something where the local micro-niching requirements of specific funders would militate towards local revenue for those activities, as opposed to national.

But, again, it does seem to me that the fundamental relationship that we start with is that the relationship with the donor is at the local level and is most productively and most efficiently maintained there, rather than aggregating that nationally.