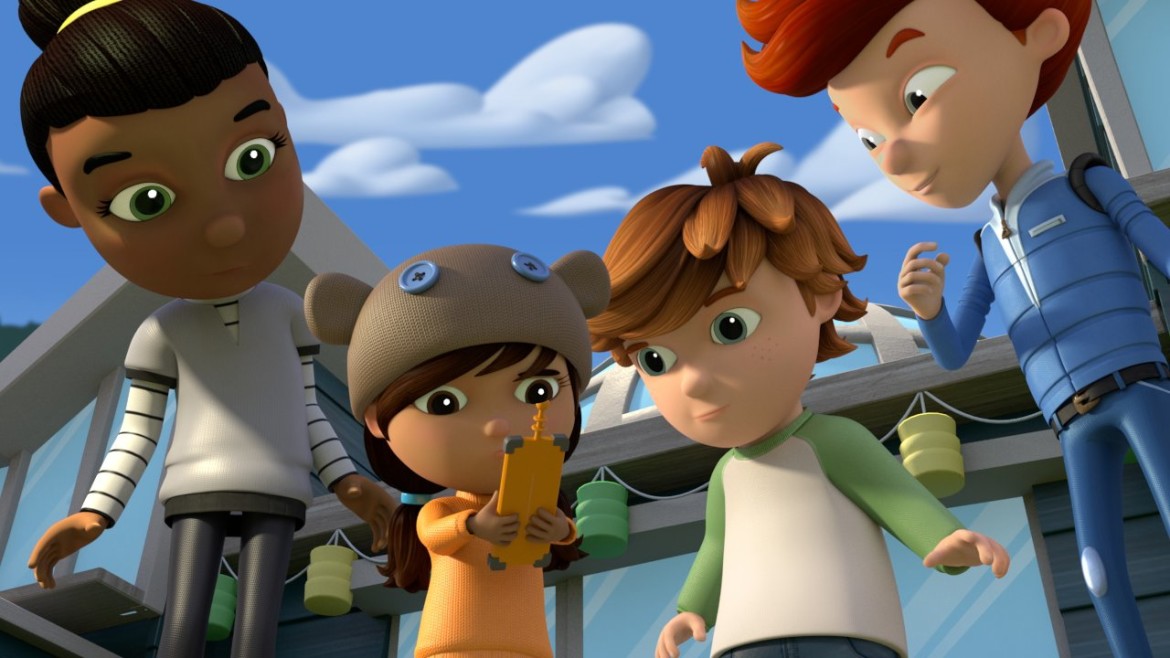 The arrival of the new animated show Ready Jet Go! on PBS Kids and the reformatting of Sesame Street are revealing how creators of kids’ programming are adapting to the new ways that kids interact with media.

Digital technology has changed how children and their parents access content on TV, laptops, tablets and other devices, as well as their expectations for engagement and storytelling. Creators of new and legacy shows must think far beyond the television screen if they are going to keep pace.

“Now we don’t develop TV shows; we develop media properties,” said Lesli Rotenberg, senior v.p. and g.m., kids and education, in an interview last month. Her role, which includes overseeing PBS Kids programming and the digital platforms it gets placed on, recently expanded to include PBS’s education resources.

“We have to keep thinking and keep watching kids and understanding kids because their world is changing and we want to be relevant to them,” she said. “We have to understand what the world is like that they are growing up in.”

For decades, creators of children’s programs have understood that knowing how kids think is the first and most basic step toward getting them engaged. That challenge has only grown in the digital age.

The producers of Ready Jet Go!, which premieres Feb. 15, had to consider the various platforms on which the show and its digital offshoots, such as games, will appear. The series, designed for children aged 3–8, was created by Craig Bartlett (Dinosaur Train) through Wind Dancer Films, an independent film and TV production company that is expanding into children’s television with this show.

“As they were coming up with the concept, it wasn’t as simple as it might have been years ago when they just came up with a linear, narrative story,” Rotenberg said. Not only do they consider children viewing an animated show that teaches lessons in astronomy and earth science, they have to create ways to involve kids in interactive experiences.

“They’re building more of a world than a story,” she said. “They still have the narrative; they’re doing great storytelling. But at the same time, they’re thinking, ‘What are the games? How can kids play these games?’”

It’s all built into the development process for children’s programs at PBS, Rotenberg continued. “If we’re successful, kids identify with the characters and want to be those characters.”

Changes also are afoot at Sesame Street, the most iconic of all PBS children’s programming, which is now debuting episodes from its 46th season on HBO. The show, an hour long in the past, has been trimmed to a half-hour. It features fewer Muppet stars and fewer references to adult pop culture. The street itself has been refurbished and, some say, gentrified.

“Young children really want to develop a relationship with their character in their favorite television shows.”

Under Sesame Workshop’s new distribution deal with HBO, the production company behind Sesame Street is receiving an infusion of cash from the premium network. In exchange, HBO gets an exclusive nine-month window on new episodes before they are shown on PBS Kids.

Some critics in the media have argued that Sesame Street has been revamped to suit HBO’s more affluent viewers. They cite changes in set design, Elmo’s new home in a brownstone and Oscar the Grouch’s occasional appearances in recycling bins. But PBS and Sesame Workshop insist that all changes were in the works before discussions with HBO began.

Sesame Street’s hourlong format worked for a long time, but children’s viewing patterns have changed, said Rosemarie Truglio, Sesame Workshop’s senior v.p. of curriculum and content. New research indicated that the format, which consisted of four quarter-hour blocks, overwhelmed kids and made it difficult for them to focus.

Producers also recognized that over the years Sesame Street had come to be populated with a lot of puppet and human characters — perhaps too many, she said.

“Young children really want to develop a relationship with their character in their favorite television shows,” Truglio said. Child-development experts call it a “parasocial relationship.”

“It’s sort of like you’re having a playdate with your TV friends,” she said. “When you have a wide array of cast members, it’s hard for children to develop that relationship.”

These relationships depend on children becoming so closely acquainted with their special characters that they know what the characters like and don’t like, who their friends are, how they play and their favorite foods, Truglio said. “When you have such a large cast, you’re introducing all these other characters, and they don’t get enough time with their favorite one.”

“We’re going to focus on a core cast,” Truglio said, comprising Cookie Monster, Big Bird, Abby Cadabby, Rosita, Elmo, Grover and Oscar. “The other characters will still be on Sesame Street. They’re going to come in as stories are appropriate. We want to be sure that, every day, children will be seeing their core Sesame Street characters so they can build those parasocial relationships with them.”

Children benefit more from Sesame Street when they watch with their parents, who often expand on the lessons of the episode, Truglio said. So the show will still feature celebrity guest stars and occasional pop-culture references.

“But we’ve got to be careful,” she added. “We’ve got to make sure that the show content is relevant and engaging and meets the needs of our core audience, which is preschoolers. So we’ve given a lot more attention to the relevancy in those engaging factors to keep children engaged in the show, so that they could really reap the benefits of the educational content.”

Ready Jet Go! aims at the heavens, and a forthcoming PBS Kids show, Splash, scheduled to debut this fall, plumbs the depths of the oceans. Literacy concepts will also be built into each program, Rotenberg said. “These may not be … in the vein of literacy shows we’ve done in the past, but they will be informed by new information about children’s brains and what they need and how literacy works.”

Both Splash and Ready Jet Go! will be infused with what Rotenberg calls “21st-century skills.” “They are things like critical thinking, collaboration and creativity,” she said. “Computers can do a lot of people’s jobs, but those are skills computers don’t have. When you go out to talk to business leaders and ask what kinds of people they look for, they mention those skills. So we wove them into all our content.”

Combining all these components can be complicated, but Rotenberg says the evidence shows PBS is succeeding.

“We continue to reach more kids from 2 through 5, and more moms with kids under 6, than any other children’s television network,” she said. “Last season alone, we reached 77 percent of all kids 2 through 8.”

Rotenberg added that the deal between Sesame Street and HBO should have little overall impact on viewership of PBS Kids. Parents of previous generations might cite Sesame as the kids’ program they most identify with the network, she said, but today’s parents likely would choose other PBS Kids shows as their top picks.

“Parents with children who watch PBS today know that the most popular programs that are on PBS are Daniel Tiger’s Neighborhood, Curious George, Wild Kratts, Dinosaur Train, Peg + Cat — and I’m going to keep going before I get to Sesame Street in actual viewership,” Rotenberg said.

“So I don’t think there will be much impact on the viewing audience for PBS today, if any, because most parents and children are coming for other programs.”