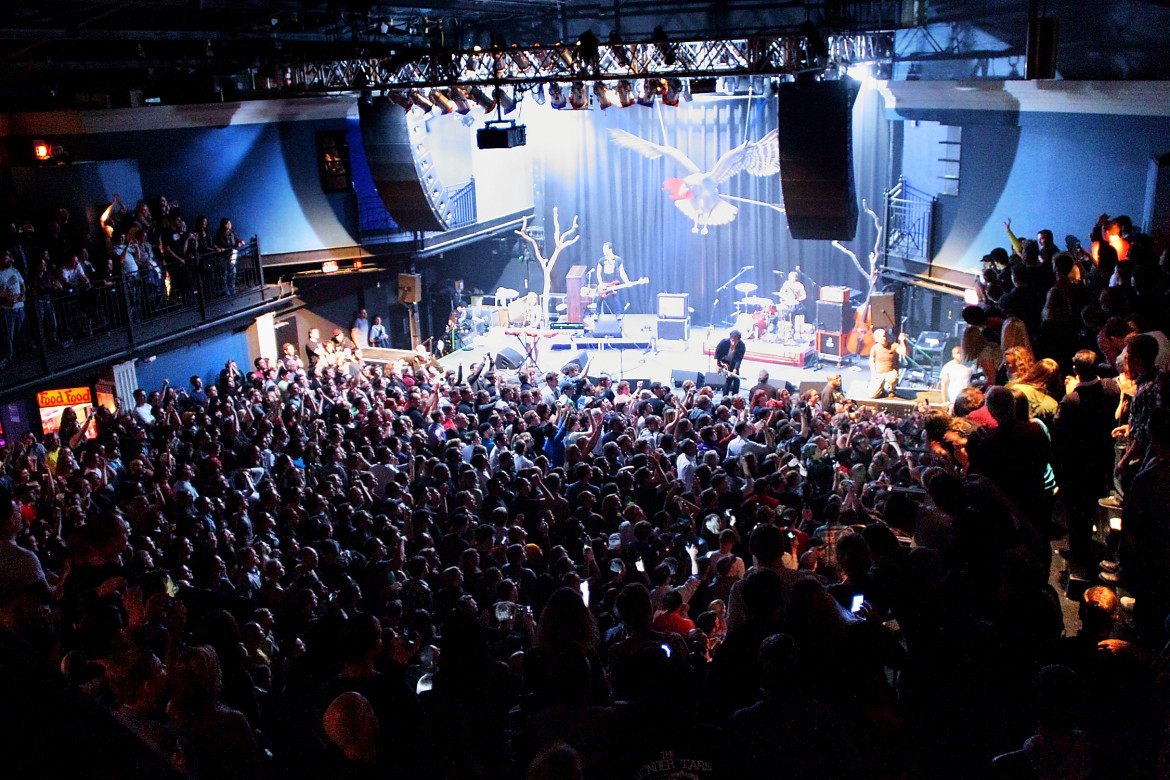 The action at the 9:30 Club in Washington, D.C., is captured in the new public TV show Live At 9:30 Hosted by Squarespace. (Photo: Content Farm)

The action at the 9:30 Club in Washington, D.C., is captured in the new public TV show Live At 9:30 Hosted by Squarespace. (Photo: Content Farm)

A musical and comedy variety show from the nation’s capital premieres on public television in April.

Live At 9:30 Hosted by Squarespace is filmed at the 9:30 Club, a popular 1,200-person venue that books a wide range of entertainment.

Each one-hour episode will feature performances of different musical genres along with interviews, short films and comedy. The show will be “filmed unobtrusively with more than a dozen cameras, including hidden GoPros and an airborne cable-cam,” said producers Content Farm in an announcement Tuesday.

Performers on the first three episodes of the 12-episode pilot season include Garbage, The Arcs, Tove Lo, The Jesus and Mary Chain and Cold War Kids. Hosts and contributors throughout the run include NPR Music’s Bob Boilen, monologist and former Black Flag frontman Henry Rollins, and comics Hannibal Buress and Ralphie May.

Fans will also be able to view exclusive content online.

Seth Hurwitz, co-owner of the 9:30 Club, said in the announcement that producers “have come up with a truly entertaining bunch of new ideas on how to change the way people watch live concert shows.”

Distributing will be Janson Media, which supplies content to public television including Faith in the Big House, a documentary exploring religious conversion during incarceration, and Hollywood Idols, 14 biographies of film superstars currently available through American Public Television.

Audrey Fix Schaefer, spokesperson for the project, said carriage data is not yet available.

Underwriting with web design and hosting company Squarespace is Shinola, the Detroit-based manufacturer and marketer of watches, bicycles, journals and leather goods.