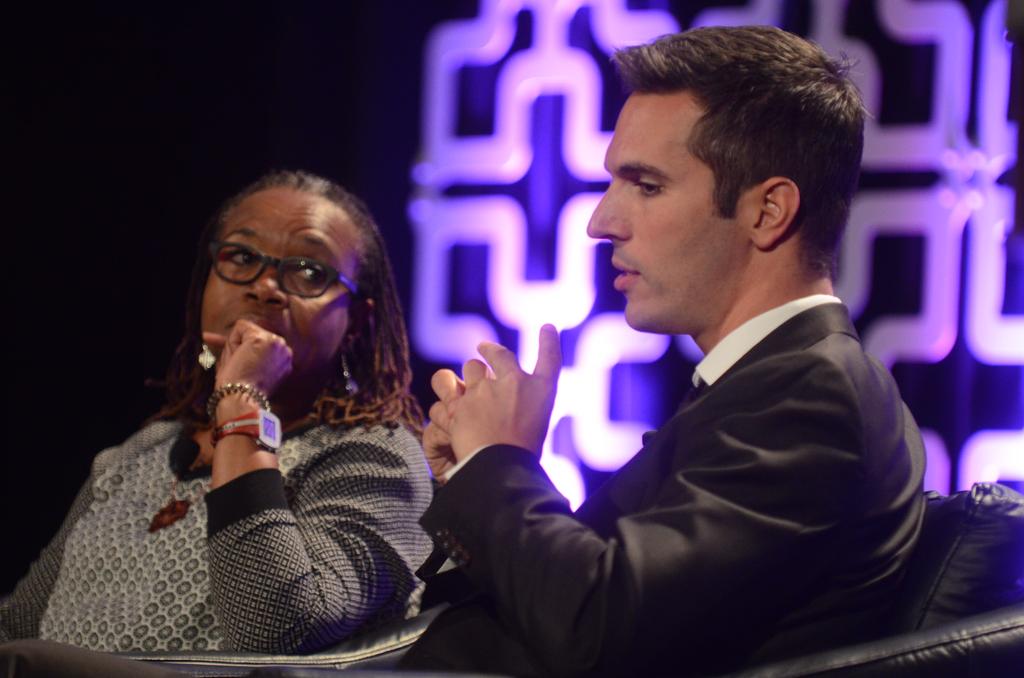 Watson (left) and Shapiro discussing changes to ATC at the PRPD conference in Philadelphia on Wednesday. (Photo: Rich Orris/PRPD) 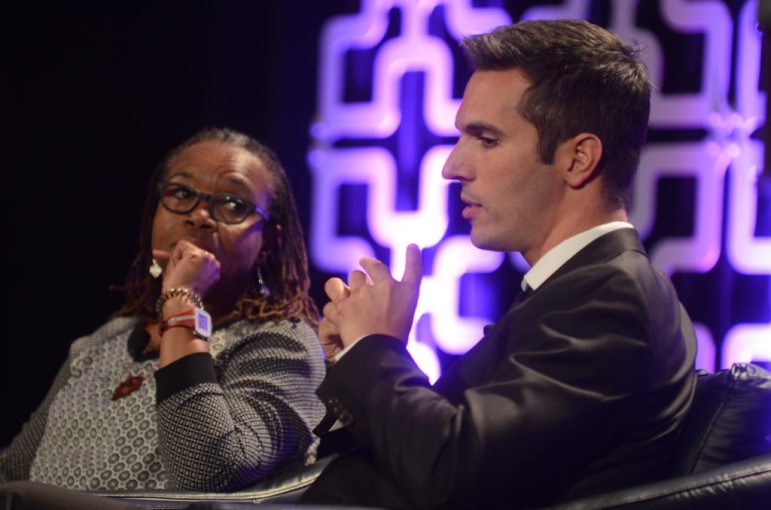 PITTSBURGH — With new hosts and leadership in place, NPR’s All Things Considered will aim to tell stories in new ways and on a wider range of platforms, according to panelists at the Public Radio Program Directors conference who discussed the show’s future with attendees.

Going forward, Watson said, ATC’s philosophy will be “not being afraid to try new things.”

“What I’d like to do is freshen [ATC] up a little bit,” Watson added. “Bring some new voices into the mix. Perhaps some different ways of telling the stories that we do, thinking really particularly about how we use a lot of the tools that are available to us, not just on the radio but through social media on some of it.”

With four hosts, Shapiro said, the show’s anchors should be able to experiment more with engagement on social media. According to Watson, each of the four hosts will rotate between being on air and on assignment, spending two weeks at a time on each. The overall goal is to do “a lot more original storytelling on the show,” Watson said.

Shapiro also discussed the importance the show is placing on diversity among its hosts and its impact on the program.

“If you look across the group of us, we represent different generations, different genders, races, geographic backgrounds, sexual orientation, religion, educational background,” Shapiro said. “Those are not just boxes to check. What that means, in a very practical way, is that each morning when we come to the 9:30 editorial meeting we have seen different things on our Facebook feeds, we have gossiped about different things with our friends, . . . we’ve read different books, magazine articles and newspapers.

“And if we were all to show at that editorial meeting having read only the same things we would have a much less interesting show. So the range of people making this show everyday will hopefully . . . make us sound more like America.”

Introducing the panel, NPR CEO Jarl Mohn called on stations to record people in their communities speaking “in every possible accent you can imagine” and saying the phrase “NPR sounds like America.” The audio will be used in a marketing initiative that will roll out in January, he said.

“NPR is perceived as being too elitist, being too East Coast or West Coast . . . too old, too white, too boring,” Mohn said.

After Mohn introduced the ATC panel, Simon joked, “Nothing makes a more effective statement that we’re not boring like a panel discussion.”