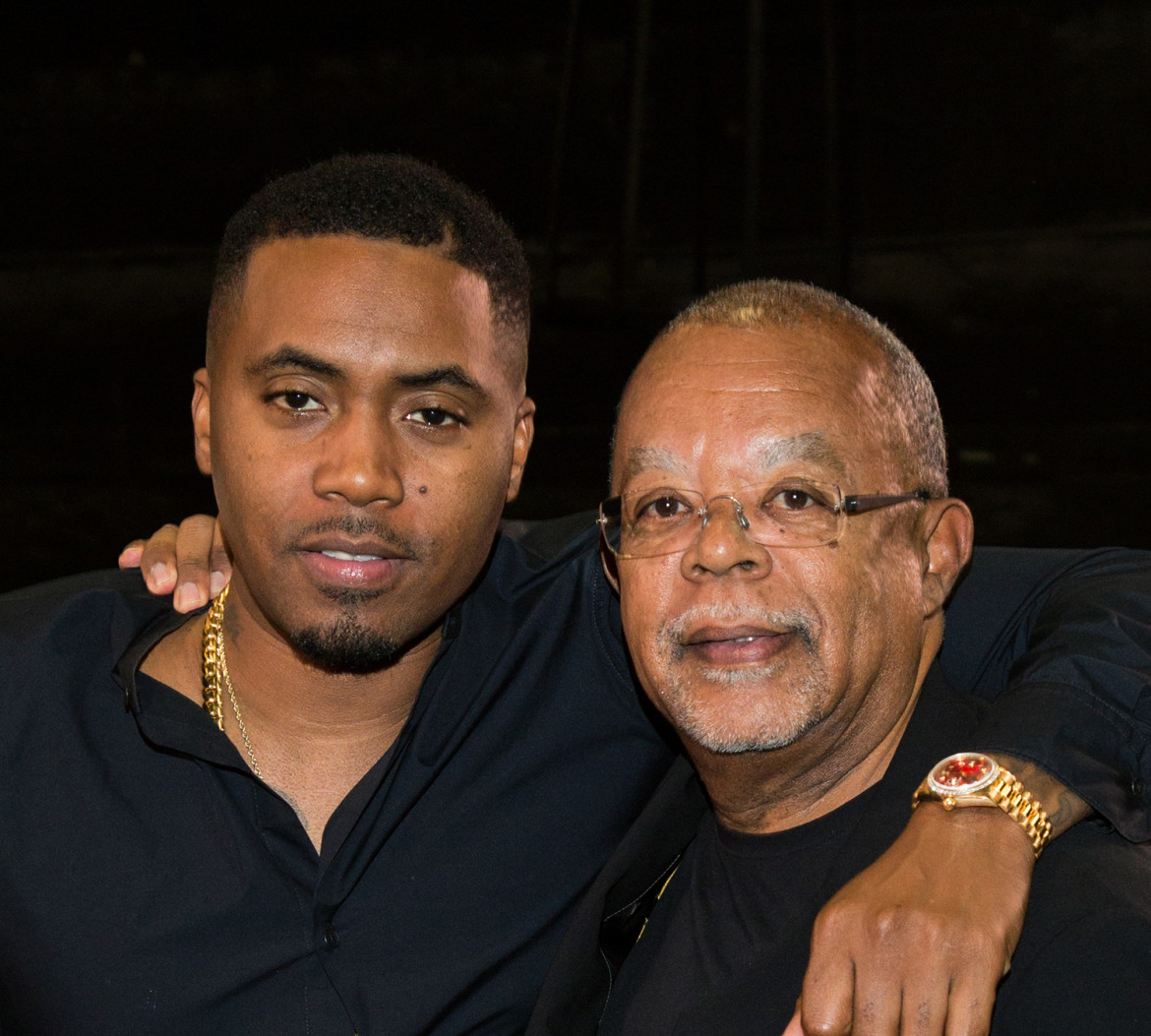 Rapper Nas with Gates after an interview for Black History Since MLK: And Still I Rise. (Photo: Craig Mathew, Mathew Imaging)

Scholar and author Henry Louis Gates Jr. will examine the five decades of African-American history since the assassination of Martin Luther King Jr. in a four-hour documentary series slated to debut on PBS next spring.

Gates wears multiple hats, as producer, host and narrator of Black America Since MLK: And Still I Rise. In an interview, he said the series is framed around this question: “If Malcolm X and Martin Luther King woke up and they asked you, ‘What’s happened since I died?,’ what would you tell them and how would you describe it?”

One central focus will be the class division that has emerged among African Americans in recent decades, which Gates described as his inspiration for developing the show. He described a “paradoxical outcome” among black Americans since the Civil Rights movement, with the emergence of “the largest black upper middle class in history, but at the same time the percentage of black children living at or beneath the poverty line is almost exactly what it was the day Martin Luther King was killed.”

“Part of the reason that I’m doing this is to show this class divide within the African-American community so that we can all be aware of it, conscious of it and decide that we’re going to do something about it,” Gates said. “Too often even black people are complacent. I want the black middle class and upper middle class to remember there’s still a lot of sisters and brothers left behind.”

Gates has interviewed about 20 prominent black Americans — including Oprah Winfrey, Cornell West, Nas and Jesse Jackson — for the documentaries, which will also integrate his commentaries and discussions about pivotal events and cultural trends that have shaped black history in the last 50 years. These include the Watts riots of 1965, the evolution of hip-hop, the influence of The Cosby Show, Rodney King, the crack epidemic, Michael Jackson, Hurricane Katrina and Black Lives Matter.

The film, produced by WETA in Washington, D.C., Inkwell Films, McGee Media, in association with Ark Media, will tell stories with “the warts and all, the good, the bad and the ugly,” Gates said.

“We’re dealing with every aspect of black culture,” Gates added.

The documentary will air in two episodes that move forward chronologically from 1965 to “the age of Obama,” Gates said. The fourth hour will cover current events right up until filming concludes at the end of this month.

“It’s been an amazing five decades of black history and I want to register that,” Gates said. “What my friend and inspiration Henry Hampton did for the civil rights movement through Eyes on the Prize, I want to do for the last five decades of African American history through Black America Since MLK: And Still I Rise.”

The name of the film is inspired by a poem by the late Maya Angelou.

“We still have a long way that we still have to rise,” Gates said. “And despite forces that aligned against us, we keep coming back.”

Black America Since MLK is one of four upcoming public TV productions that Gates is involved with: Finding Your Roots with Henry Louis Gates, Jr., his ancestry show, which was delayed after a WikiLeaks scandal involving actor Ben Affleck, returns with 10 new episodes this winter; Africa: Biography of a Continent, a multipart documentary, is in preproduction for 2017; and Birth of a Movement, a two-hour documentary that Gates is executive producing with Sam Pollard, is in development and production.