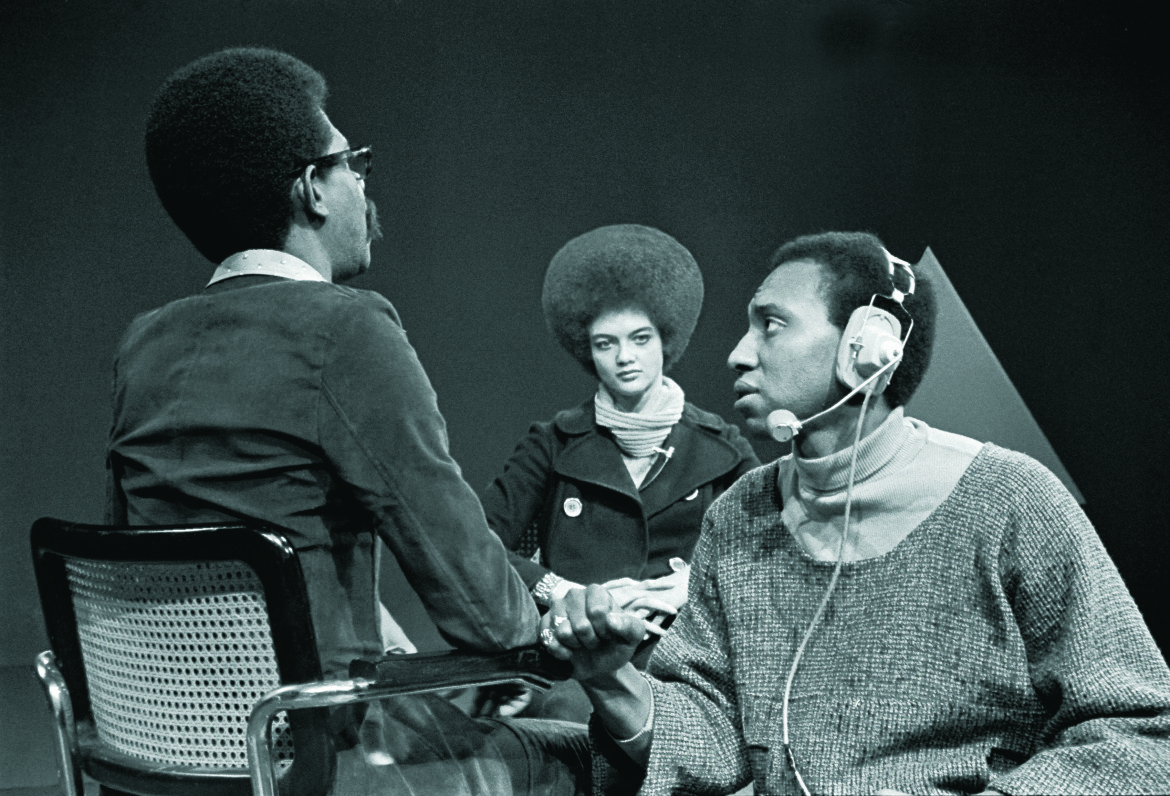 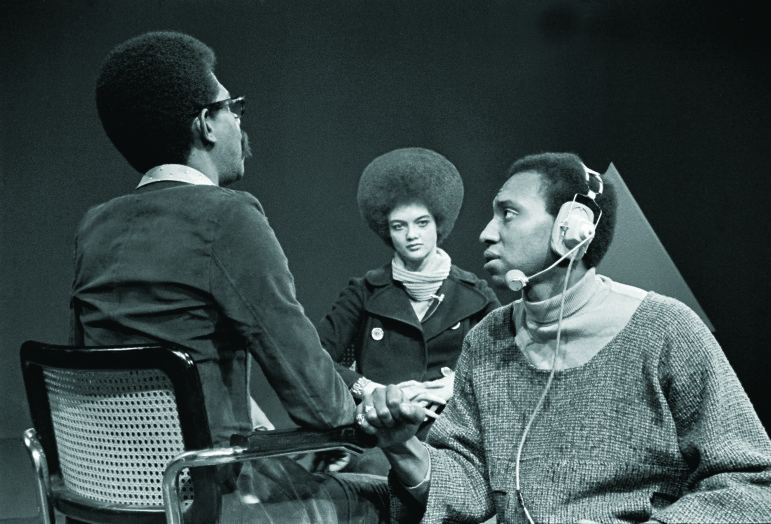 In her new book, It’s Been Beautiful: Soul! and Black Power Television (Duke University Press), Gayle Wald, a professor of English and American studies at George Washington University, tells the story of a television show often overlooked by histories of both public TV and African-American broadcasting. Produced by WNDT (later WNET) in New York City, Soul! showcased black culture in a way not seen before or since on public TV. Wald appeared on our weekly podcast The Pub to discuss the book with host Adam Ragusea. This is an edited transcript. You can also read an excerpt from Soul!

Gayle Wald: [Soul!] was a black power variety show on public television. It was the only show to focus on the culture of that kind of transitional and intense moment of the late ’60s and early ’70s, and it featured primarily musicians but also poets, dancers, people from theater, actors, writers — it had a whole range of people on it. It was hosted by a remarkable guy who also produced the show; his name was Ellis Haizlip.

Current: Let’s just listen to a couple of clips before we go too much further. Let’s listen to Stevie Wonder on Soul! in 1972.

Current: I played Stevie Wonder just because everybody knows and loves Stevie Wonder, but everyone who was anyone in black music in the early ’70s was on this show. Looking over these names, it’s amazing.

Wald: Pretty much everyone except for a very few hyper-famous names — I know that the show wanted to get Aretha Franklin; they wanted to get the Jackson Five; they wanted to get James Brown, Nina Simone. But there are very few music artists who are missing from that list, and a bunch of musicians who are doing national television debuts: Roberta Flack did her first national television gig on Soul! Earth, Wind & Fire was on national TV for the first time on Soul! Stevie Wonder had been on TV before, but never in a show that featured him for a whole hour and really allowed him to kind of spread out, do a set that he wanted to do with his musicians and play to an in-house crowd, not necessarily play to a camera or just do the hit that he had out. So it allowed artists to show their full range.

Current: And it wasn’t just music: Toni Morrison read from her first novel on the show, and there were political conversations, right?

Wald: Yes, and often the show featured a lot of poets. We sometimes forget, or maybe we didn’t know, that in the late ’60s and early ’70s a big part of the black arts movement — the artistic side of Black Power — involved poetry because poetry was seen as an accessible way of communicating with people, and it was seen as a democratic art form. There are a lot of poets on Soul!, and the poetry was often quite political. It was sometimes profane; it was sometimes in your face. People did poems about love; they did poems about racism; they did poems about — whatever.

And the show had political conversations, with intellectuals and political figures across a pretty wide spectrum of opinions. There were cultural nationalists; there were Marxists; there were traditional civil rights leaders — people who would have been arguing if they had been put together on a panel. Soul! gave people time to talk about their views and approached all of these different figures respectfully.

Current: Let’s listen to a little bit of Minister Louis Farrakhan on Soul!

Current: People can imagine why that program might have made CPB board members a little uncomfortable. Where did things start to go wrong for Soul!?

Soul! was seen as a federal commitment to public television, so there was that hovering in the background. But at the same time there was a sense as early as 1969 or 1970 that the “experiment” in black television had gone on long enough; there was incredible impatience. In other words, post-1968 when the show got started, post–assassination of Martin Luther King, there’s a recognition that black people and other minorities have been locked out of access to the public airwaves, and Soul! was in some sense a reparative show, meant to repair the exclusion of African-Americans from public airwaves.

But very early on, there’s a great impatience with that and a use of colorblind reasoning in what I think of as a really specious way. In other words, “Well, we have as a country now committed ourselves to integration. So this show that was started is not in the spirit of integration because it’s a show that focuses on African-American performing arts and audiences.” That’s what I mean by a specious argument. Those early arguments about colorblindness were marshalled to get Soul! off the air.

Current: As you write in your book, the nail in the coffin for Soul! seems to have been when CPB decided — I’m not sure they would put it this way — to take that money and give it to a new show called Interface, which right in its name you can tell was more about integration, about trying to integrate lots of different ethnicities and life experiences into one program rather than having a show that was by and for black people.

Current: It arguably lasts until today. This is so relevant to big, big conversations going on in public radio right now around the ending of Tell Me More, a minority-focused show on NPR. The explicit justification of NPR management was, first, an economic argument that I think was probably quite legitimate. But then they said, “It doesn’t make sense to have shows that cater to one group. We need to make sure that all groups are equally or proportionally represented in all of our programming.” I believe that they mean that, and I honestly don’t know how I feel about that question. How do you feel about that question?

Wald: In the case of Soul!, and probably for Tell Me More, the argument against that is that the shows that serve everyone tend to serve the majority. It seems to me a very strange argument because white people watched Soul! White listeners, Asian-American listeners, Latino listeners, listened to Tell Me More. It’s not that those shows were somehow separate. To the degree that black voices and certain viewpoints still get underrepresented, or there are people who still don’t have access to what are supposed to be public airwaves, there are plenty of compelling arguments.

Current: And there was an economic reason for Soul! You write in your book that that Soul! was a show that appealed to a sub-demographic of the black audience of WNET, where the show was produced, and also a national audience that was particularly disadvantaged and not able to become members. Whereas there were other black-focused programs that were more upscale and enjoyed more viewer support.

Wald: That’s exactly right, and one of the arguments behind closed doors would have been — this is at a moment when public television is moving more toward a a corporate- and subscriber-supported model — “Well, these shows don’t bring us more members so they’re not sustainable that way.” Ellis Haizlip, the producer of Soul!, made a joke at some point — because early on in its run Soul! was partly funded by the Ford Foundation — that black people had bought enough Fords so no one needed to be a member of WNET. Obviously you can’t take that joke too literally, but he’s making a real point about disinvestment, un-investment, in certain people, and the irony of not investing in populations and then expecting those populations to come forward immediately with their dollars. He was quite aware of that.

Also, to be honest, a cultural show was expensive to produce, and most of the artists who came on were willing to do it without getting their regular fee; they just got a public television fee. You had to have artists who are in tune to the purpose of the show, but still in those days it was $20,000 a show to produce, so not inexpensive. It was cheaper to just have a few talking heads on TV and just run a debate and not have to worry about staging concerts or that kind of thing.

Current: What’s the lesson that we learn from the demise of Soul! that we should take going forward?

Soul! is for me a really interesting case study of how early that logic is marshaled, how impatient we are as a nation with the notion of change, and that as soon as there’s a public announcement that we’re committed to certain ideals, then all the things that are supporting that, it’s OK to defund them. I see that happening, today, for example, with a discussion about the gutting of the Voting Rights Act, passed just a few years before Soul! goes on the air, a sense that we don’t need this anymore because we don’t have these problems. To me, that’s the lesson of the show.