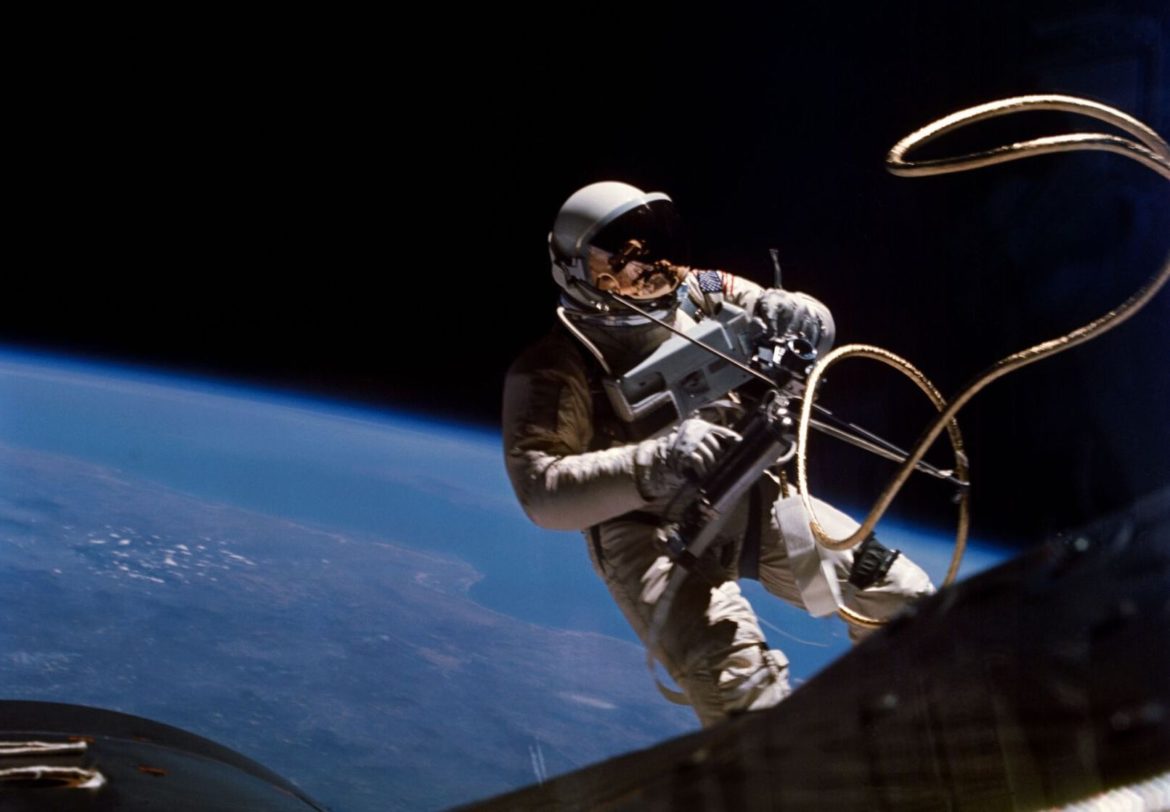 "Chasing the Moon" includes footage of astronaut Ed White as he became the first American to complete a spacewalk outside the Gemini 4 spacecraft in June 1965.

PBS will mark the 50th anniversary of the Apollo 11 moon landing with a summer full of space-related content, including a documentary that takes a macro approach and another that tells the inside story with dramatic re-enactments.

The American Experience three-part Chasing the Moon, now in production, focuses on the historical and cultural context that surrounded the U.S. mission to put astronauts Neil Armstrong and Buzz Aldrin on the moon. The six-hour presentation rewinds history 10 years back to reveal the intense political fight and national divisions that led up to the touchdown.

PBS plans to announce a full lineup of space programs for next summer very soon, said Bill Gardner, programming development VP. The schedule will feature “high-performing library content and specially commissioned projects,” he said. One Nova offering, Back to the Moon, will address the question of why American astronauts haven’t returned to the lunar surface.

Gardner said the 90-minute film 8 Days grew out of PBS’ nonfiction collaboration deal with the BBC in 2015. “We want to be always innovating, finding new ways to tell stories” with the British broadcaster, he said. The moon landing provides a chance to delve into “more recent contemporary history.”

The production is designed to allow viewers to get “deeply into a story and become intimately immersed,” Gardner said. “We want to take people inside that capsule to hear the voice of the astronauts. Get a sense of what it was like for them in there.” Because the archive of audio recordings from the mission is so vast, he said, much of the audio has never been heard in public.

Since there were no cameras in the module, “we’re exploring ways to use actors to bring this to life,” Gardner said. “There are new ways to do that” while making it clear that a scene has been re-enacted.

Gardner said producers “are in the process of working through the technique,” which he called “a hybridized approach.”

If the technique works well, “there are a lot of opportunities to expand this style of storytelling,” Gardner said. He envisions iconic events with recorded witness testimony growing into “first-person experiential histories.” 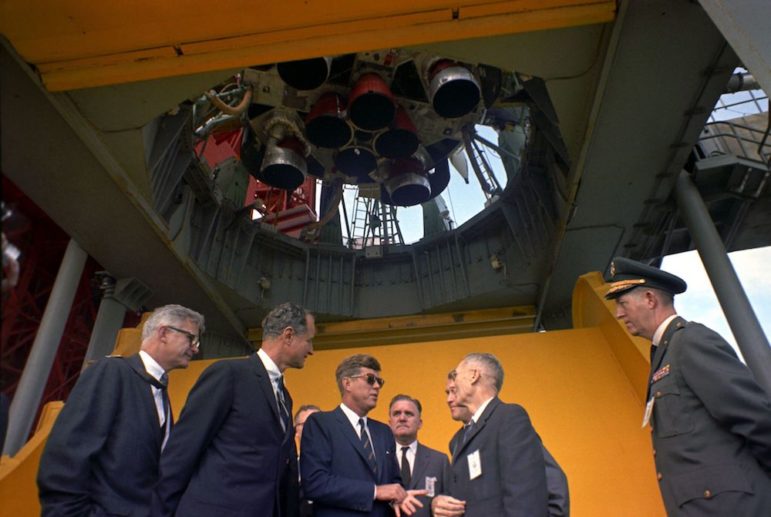 While 8 Days homes in on that narrow, intimate focus, Chasing the Moon tells the much broader history of a decade of scientific innovation, divisive politics and international competition that ultimately planted a U.S. flag on the moon.

Two years ago, filmmaker Robert Stone approached American Experience with his idea to mark the moon landing, said Senior Producer Susan Bellows. Stone has produced seven documentaries for the series. The first, Radio Bikini, in 1988, earned him an Oscar nomination.

When Stone made the pitch for his moon-landing film, “he’d already recorded most of his audio interviews,” Bellows said. “We were thinking of a two-hour film. But it became apparent that there was a much bigger, more revealing story — not just about the space race but about who we were, and are, as a nation.”

In talks with Stone, “what began to emerge was the power of this story to remind us of our shared history,” Bellows said.

In the 1960s, the nation was divided over such issues as civil rights and the U.S. involvement in the Vietnam conflict. “America was surprisingly divided about the moon launch as well,” she said. “But after the fact, everyone was so proud and behind it all the way. At that moment, when that achievement happens, it’s incredibly moving to see just how united and proud we were.”

The documentary also reminds viewers that “it was not inevitable that we would succeed,” Bellows said. “It’s so easy now to say it was America’s destiny to land on the moon. Actually the country was very divided as to whether it was worth the effort.”

Plus, the Soviet space program “was way ahead of us,” she said. For “many moments along the way, it looked like the Soviets would beat us.”

Bellows said that “breadth of the story,” along with Stone’s stylistic and visual approach, sets the series apart from other moon-landing commemorations.

“One of his fortes is the archival archaeology he conducts, and this one is no exception,” she said. Stone even turned up valuable materials “in people’s closets.” Those audio and visual memories guide viewers through the film with no narration necessary.

The six-hour documentary has already secured international distribution. At the MIPCOM program marketplace in Cannes, France, last month, Franco-German cultural channel Arte, SBS in Australia and the BBC picked up the series.

Ballantine Books, an imprint of Penguin Random House, also will publish an official companion book to the series, co-authored by Stone and writer/researcher Alan Andres.