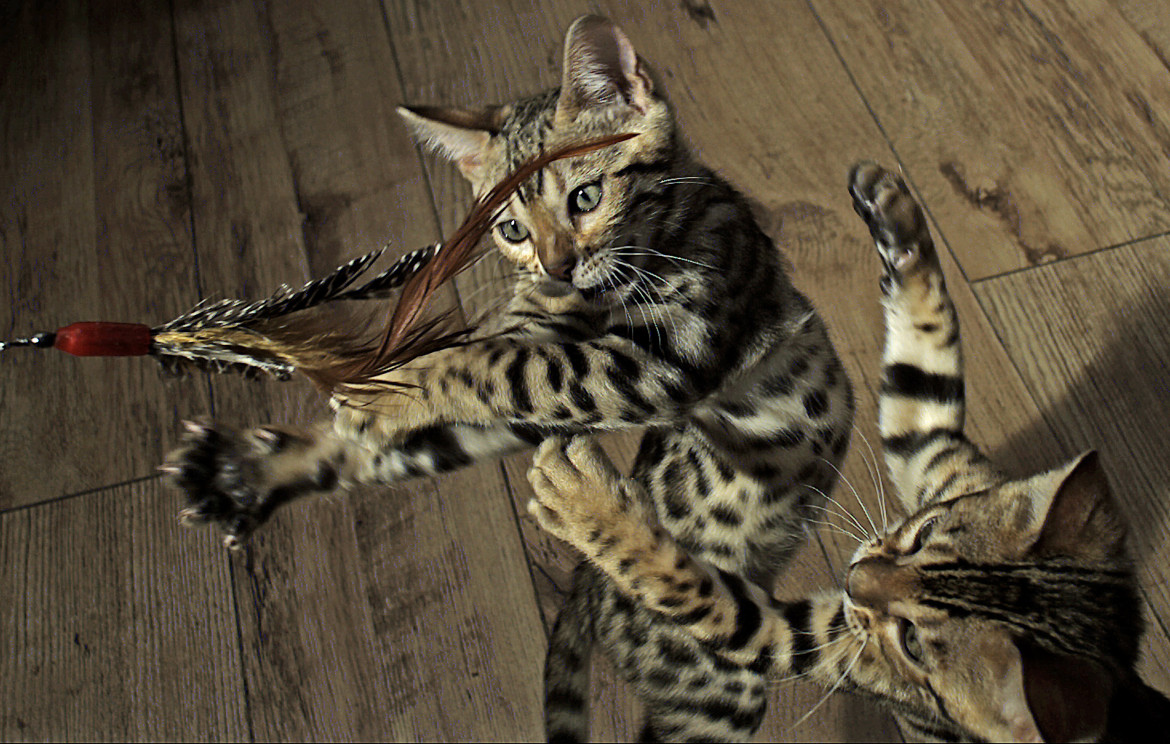 Bengal kittens play with a feather in Pets: Wild at Heart, a two-part Nature documentary produced by John Downer. More films by Downer will come to PBS under the new co-production deal with the BBC. 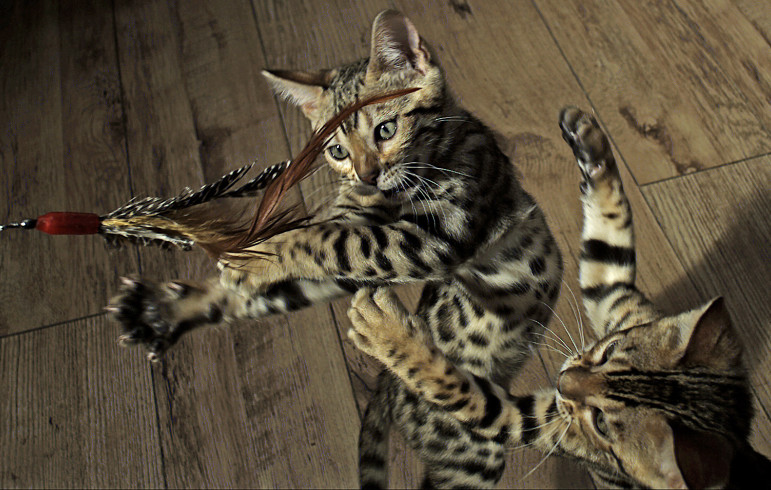 Like an old couple getting remarried, PBS and the BBC seem ready to settle into some comfortable patterns, with comfortable people, maybe a little more money and the kind of familiarity that could breed good television.

Having eyed each other’s work during the BBC’s recently expired and nearly exclusive relationship with Discovery Communications, they are now free to gaze into their production portfolios and talk about the great things they can do together.

“I’ve been working with these guys forever; I know them all personally, and it’s always worked out,” said Fred Kaufman, longtime e.p. of Nature at New York’s WNET.

Natalie Humphreys, the BBC executive in charge of factual and daytime productions, said that the “shared values” of the two public broadcasting giants make it a “pleasure to work together.”

And PBS programming chief Beth Hoppe described the new marriage as a match made in heaven: “In my book, the BBC is the best of the best in a couple of genres, certainly natural history and science.”

Natural history and science are where the emphasis will be, at least initially, in the three-year deal that PBS announced in January. PBS acquired North American broadcast rights to BBC nonfiction content under the deal and will co-finance new documentary programs.

Dating back to the late ’90s, cable’s Discovery had a first-look deal with the BBC’s nonfiction unit. When that agreement lapsed, Hoppe said, it seemed like a good time to rekindle an old romance. (Discovery declined to comment for this story.)

Drama is not covered in this new deal, she hastened to add, and neither is independent content, with “some exceptions.”

Hoppe spent the last week of April, with her digital, marketing and communications people, in London for face-to-face meetings with their BBC counterparts. She describes the initial focus on nature and science programs as a starting point.

“We’re hoping we can develop history and art, religion maybe, possibly even the news and public affairs space,” she said. “But natural history and science are the two areas where they have tons of experience. We have great teams, and that’s where there was just the most commonality of vision.”

The agreement guarantees BBC both a certain number of hours and minimum financial contribution each year — eight to 10 new programming specials across approximately 20 hours a year, according to the BBC.

Hoppe is especially enthusiastic about an as-yet-unannounced project from John Downer, the Emmy-nominated independent producer whose work has long been a fixture on BBC and PBS.  “John Downer has done a lot of Natures in the past, and he’s a big ambitious producer, and we’ve been able to include his material in the deal,” she said. One of his productions, still under wraps, will be going into the Nature strand.

Other BBC specials are targeted for Nova, Hoppe said, and “some additional multi-parters that will fit outside those strands but alongside them. And that is the strategy — to build on our strengths.”

Among the programs already announced for this year are Earth’s Natural Wonders, intended to be “a landmark tour of Earth, discovering connections between some incredible places and the life and death struggles of the animals and humans that inhabit them,” according to the BBC; and Waking Giants, which will be hosted by Sir David Attenborough and tell the story of one of the “dinosaur finds of the century — more than 200 bones from seven giant creatures that have recently been unearthed after 100 million years of lying undiscovered beneath the South American desert.”

Also on the slate: Super Nature: Flight Revealed, a three-part series that reportedly uses cutting-edge technology to reveal the secrets of flight and employs cameras developed to film Hollywood stunt work (and the London Olympics), taking viewers into the air for encounters with giant flying squirrels, flying fish and flying snakes.

“I’m very happy, really excited about it,” said Kaufman, whose series will benefit most directly, at least initially, from the reunion. “It’s great news for Nature and great news for the system.”

“During the BBC’s agreement with Discovery, the amount of hours declined dramatically, but now I’ll have more new programming and access to some of the best producers. The stuff will look better,” Kaufman said. “Generally, viewer expectations for Nature have always been high, so this will be consistent with that — with fewer repeats and more new content.”

The timing of the PBS-BBC deal is a little awkward, given the sniping PBS has come under because of its reliance on British programming (most recently, the ratings monster Downton Abbey) and the recent controversy over scheduling of the independent documentary series Independent Lens and POV.

WNET, which produces Nature, found itself at the center of that dispute after it announced plans to move Independent Lens and POV to its secondary station WLIW on Long Island at 10 p.m. on Monday (the time of the national feed) and air the films as repeats on Channel 13, its flagship signal, the following Sunday at 11 p.m.

It’s unclear how the infusion of new BBC documentaries will sit with those parties who protested WNET’s schedule change and pressed PBS to require stations to air POV and Independent Lens in common carriage. PBS declined to require same-night airings of the series but did commit to schedule and promote more prime-time broadcasts of independent films.

“We did hear about the BBC deal but have almost no details, and so I don’t think we have a response yet,” said Gordon Quinn of Indie Caucus, the group that led the charge by independent filmmakers. “It does raise some obvious questions and concerns for our community. We are cautiously optimistic about the working relationship between PBS, WNET and POV and Independent Lens that has been announced.”

Simon Kilmurry, the outgoing head of POV, said “I simply don’t know anything about it” when asked about the new BBC agreement, and his successor, Chris White, also declined to comment.

Hoppe acknowledged the sensitivities over a coming infusion of British programming, but said the relationship benefits PBS stations.

“Will some people be concerned that [the deal] might affect how much American production we can do?” Hoppe asked. “Yes. Do I think that that’s unfounded? Frankly — yes. I think it’s a way of bringing more value to the stations, and it’s absolutely true to what we’ve been doing for a long time and what our stations have been doing for a long time.”

PBS is to be involved at the earliest stages with content produced under the new agreement; viewers will likely be unable to tell that what they’re watching are essentially British programs, she said, since they’ll frequently be cast with American scientists and American hosts.

Co-production deals are “the way the world works” in producing factual documentaries on this scale, Hoppe said. “In order to finance these shows, most of what you see probably has some co-production money behind it. This is not in any way intended to replace American production.”

“They have this fantastic in-house production team with years and years of experience and it’s a great opportunity for us,” she said. “We’re paying a minority of the budget to get all North American rights and that brings really value to our stations: glossy projects at a fraction of the cost.”