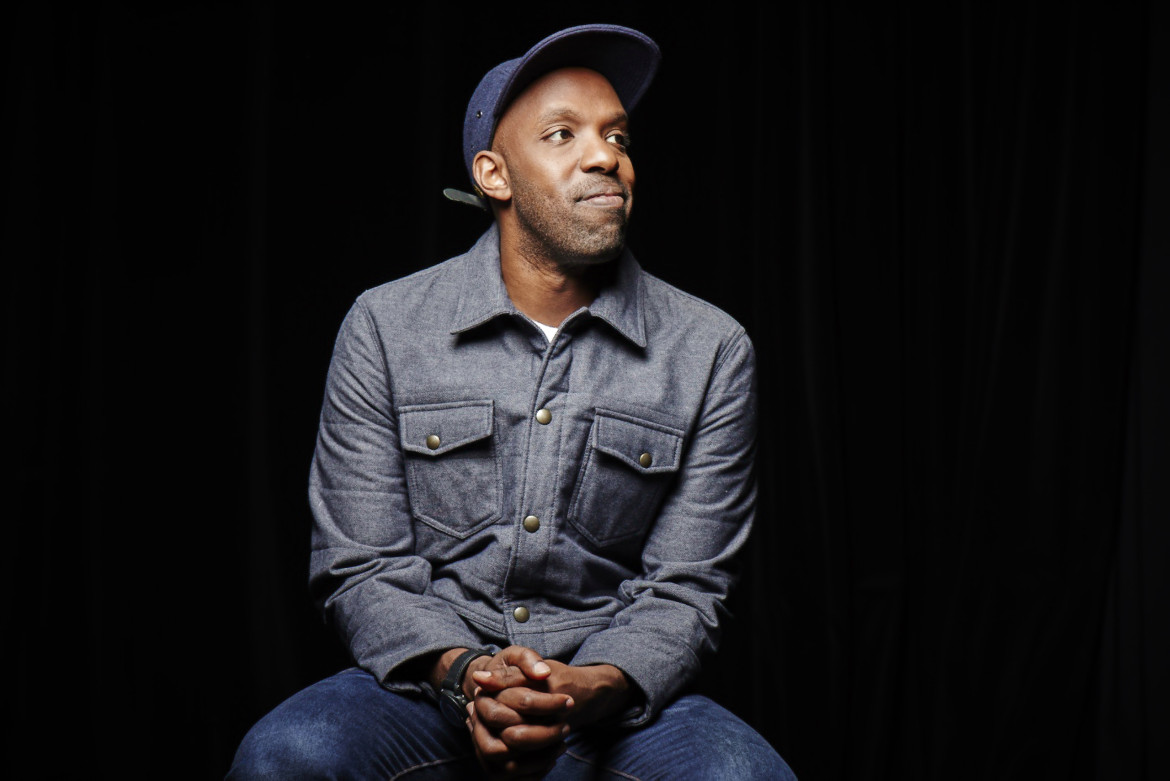 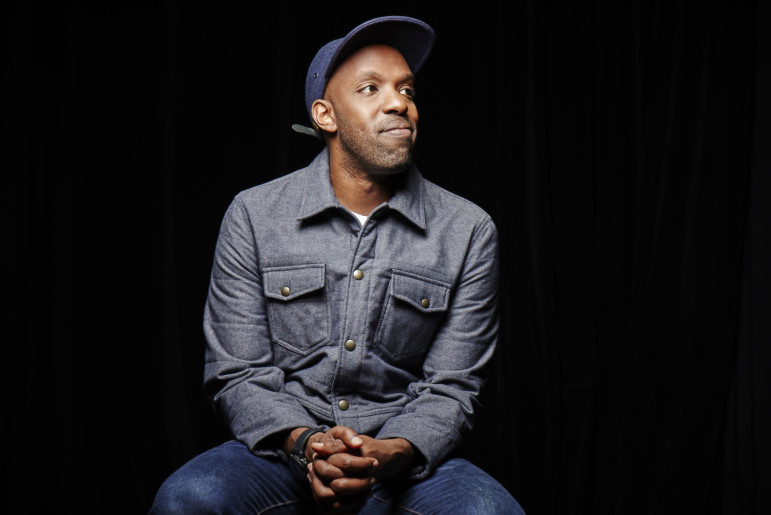 On a recent episode of the public radio show q, the mononymous host Shad conducted a 20-minute interview with a professor who’s researching the life of David Bowie by appropriating the singer’s hair, clothes, makeup and diet. The one thing the guest would not replicate, he told Shad, was the drugs.

It was a surreal moment for the Canadian Broadcasting Corp.’s successful pop-culture interview program because Shad and the CBC have been conducting their own form of immersion research on q. The award-winning hip-hop artist has been in the host’s chair since April. He replaced the show’s founder, Jian Ghomeshi, who had amassed a large following in both Canada and the U.S. since the program’s launch in 2007.

Ghomeshi was fired from the CBC in October 2014 amid a high-profile scandal during which he came to face multiple charges of sexual assault. But rather than scrap the hip show that bore Ghomeshi’s influence over every beat, the CBC decided to keep the ship running as it auditioned a new host and adopted a lower-case title. It and Public Radio International, which distributes the show stateside, have been trying ever since to keep aflame the Ghomeshi-fanned spark that turned the show into the CBC’s most popular program in the U.S.

In other words, Shad and the CBC have been trying on Ghomeshi’s skin — only without the personal baggage that went with it.

Less than a month after Ghomeshi’s ouster, the CBC and PRI were assuring U.S. public radio stations that Q would continue under a new host.

“We didn’t think about dropping the show,” said Kathy Merritt, v.p. of content strategy and development at PRI. “We had faith in the CBC’s ability to keep the show at a really high quality during the audition process, and faith that they would find somebody who could host the show who would make it successful.”

But that audition process took a while. From January to April of this year the program was headed up by a series of rotating guest hosts, many of them CBC employees, taking the reins for around a week at a time. The CBC also recruited outside voices to try out for the show with guest stints.

The duration and public nature of the audition phase wasn’t to everyone’s tastes. Carl Watanabe, station manager of Capital Public Radio in Sacramento, Calif., cited it as a chief reason for dropping q from the station’s schedule. It didn’t appear that the CBC knew what it was doing with the show, he said.

“We certainly gave it time with the other hosts, but [CBC and PRI] were having trouble figuring out what they were going to do,” Watanabe said. “I didn’t even know what they were thinking, so we decided to make some changes.”

“It did make for a longer process than I think all of us wanted, including the CBC,” Merritt said.

Throughout, the CBC was open about its efforts to rebrand, even going so far as to solicit input from fans of the show via social media. Ghomeshi himself had recognized the value of social media in the show’s growth and was the first to use digital platforms to expand its reach.

The long process meant that Shad had fierce competition, something he alluded to on his first live show as permanent host. He introduced himself by saying, “I’m actually moved that someone thought I’d be worthy of this chair. Not everyone thinks that.”

Shad, whose full name is Shadrach Kabango, was born in Kenya to Rwandan parents and raised in London, Ontario. He had been an occasional guest on Ghomeshi’s show before the fallout. A self-starter in the music world, he produced his own 2005 debut hip-hop album, When This Is Over, with $17,500 he won from a talent competition. Shad won the Juno Award, the Canadian equivalent of a Grammy, for his 2011 album TSOL — beating out Drake.

The one thing Shad didn’t have going into q was broadcasting experience. “I’m new to the job, but I’m not new to the subject matter,” he said via email. “I knew it would be a lot of learning, but I am up for it.”

His lack of experience wasn’t an issue for the CBC. “What we heard from Shad during the audition process was a talented artist who is of the world of arts, culture, music and entertainment, and who brings that unique experience, knowledge and perspective to the program,” said Lynda Shorten, q’s frontline manager. Shad stood out for being “a real person genuinely interested in the real lives of others, no matter how well-known.”

Shad and Shorten, who started with the show in February, answered questions from Current via email, owing to their schedules covering the Toronto International Film Festival. They did not answer questions about Ghomeshi.

In the months since Shad assumed full hosting duties, his interview style has proven to be more generous and inquisitive than that of his predecessor. He’s quick to compliment his guests on their latest projects and likes to ask broad questions and let them go on at length.

“I think that’s just the style that comes out quite naturally,” Shad said about his interviewing technique. “Some people prefer it, and some don’t.”

The same day Shad officially signed on as host, q debuted its new proper-name–averse logo and title — a decision made by the CBC’s marketing team, according to Shorten. The marketers felt that “the lower-case q communicated both the continuity of the show and, at the same time, a refreshed new voice,” she said.

The network had wanted to go even further with its cleansing and originally planned to remove all Ghomeshi-hosted segments of the show from its online archive. But it reversed its decision after public outcry.

Even as CBC management was trying to move into a brighter future, the past kept resurfacing. Just days before Shad assumed the host mantle permanently, the CBC was forced to issue a public apology to its employees and listeners after an independent investigation concluded that management “condoned” Ghomeshi’s behavior by creating a work atmosphere that allowed him to act with impunity. The CBC “severed ties” with Todd Spencer, its human resources director, and Chris Boyce, its former head of radio, after the report’s release.

In all likelihood, the Q of the past will continue to serve as a distraction. Ghomeshi will stand trial twice in 2016. In February, he will face four counts of sexual assault and one count of choking; in June, he will face a separate trial for an additional count of sexual assault. His lawyer has said he plans to plead not guilty to all charges.

PRI, for its part, is very happy with Shad. “In a lot of the stations we talked with, he was somebody who came out ahead of the pack of people being auditioned,” said Merritt. That “pack of people” included Sean Rameswaram, a Canadian-born producer on PRI’s own arts program Studio 360, who guest-hosted for a week in February.

The distributor had solicited station feedback on the various hosts, which it then passed on to the CBC. Julia Yager, senior v.p. of sales, marketing and distribution at PRI, said via email that the distributor had “recommended” the CBC take its feedback. Shorten said that PRI’s input “was hugely important to us.”

PRI is bringing Shad to the Public Radio Program Directors Association conference, held Sept. 29–Oct. 1 in Pittsburgh, for a more personal introduction to programmers. Merritt also hopes to bring him to the U.S. for live q shows (something Ghomeshi had done before with success) within the next 18 months.

Merritt attended Shad’s debut show in April at the CBC’s Glenn Gould Theater in Toronto and recalled that the atmosphere “was just electric” — though she noted that some of the excitement was likely due to Canadians’ familiarity with his music.

“He’s just got this combination of head and heart that I think is really appealing,” Merritt said. “He’s got this great curiosity about people, and he’s also empathetic.”

Spring Nielsen numbers for q — the first ratings period with Shad as permanent host — were not available at press time, according to PRI. Station carriage shrank slightly from 172 stations last November, just after the scandal broke, to 160 today. In addition to Capital Public Radio, New Hampshire Public Radio and Boston’s WBUR dropped the show during the search for Ghomeshi’s successor.

Among some stations that kept the program, reaction to Shad is positive but not as ebullient as PRI’s.

“He’s not somebody I’d say, ‘Wow, he’s sparkling from the very beginning,’” said David Brower, program director of WUNC in Chapel Hill, N.C. “You can hear glimmers of excellence and of what’s to come, but the whole package isn’t quite there yet.” Brower said his station hasn’t seen any change in listenership since the hosting shuffle.

At the height of its popularity, Ghomeshi’s Q was being compared to NPR’s Fresh Air in outlets like the Washington Post. But the new q is being cagier about its future prospects. When asked about his hopes for q’s future, Shad wrote, “I hope the show continues as a vibrant place, full of great people, where new ideas are shared and important voices heard.”