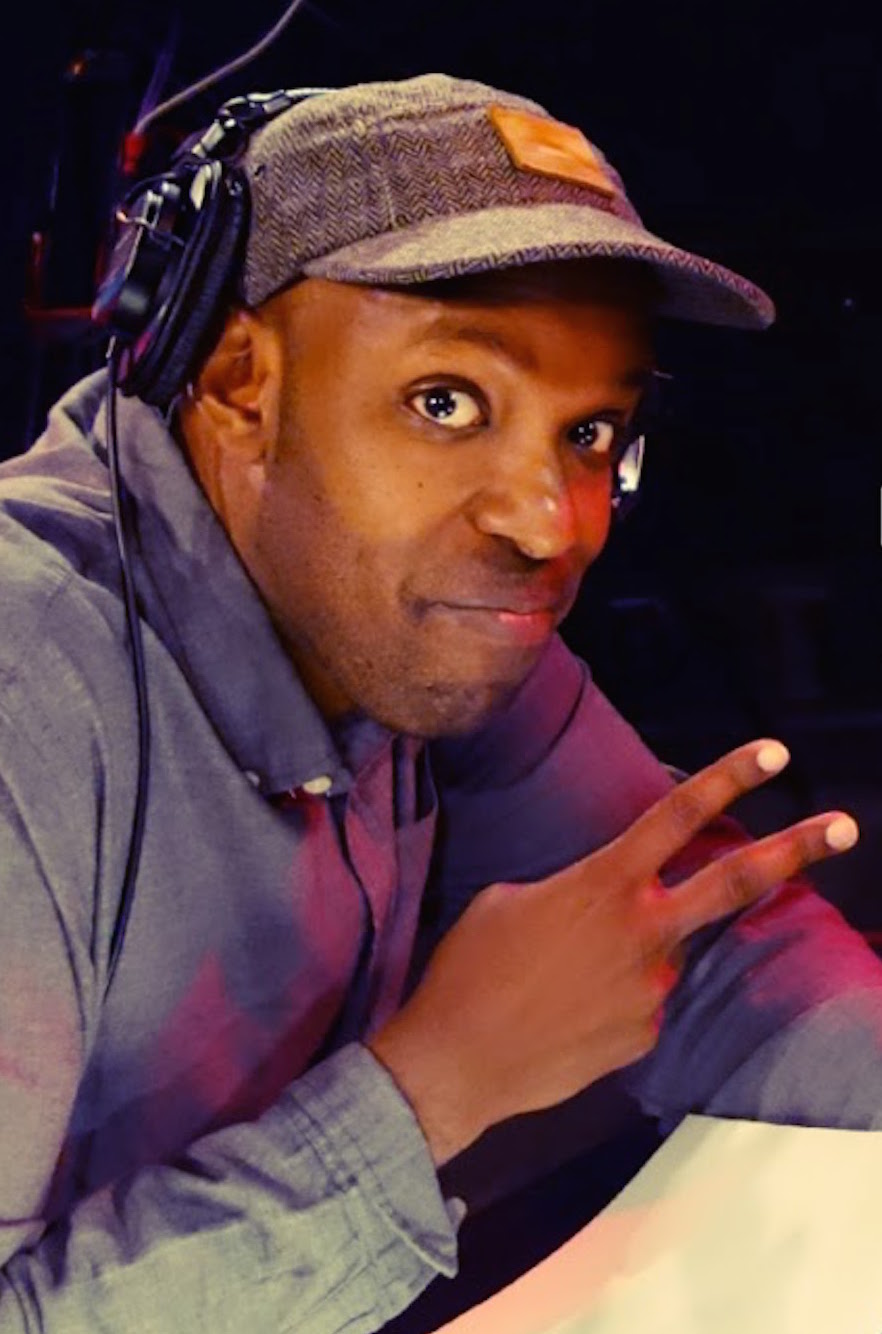 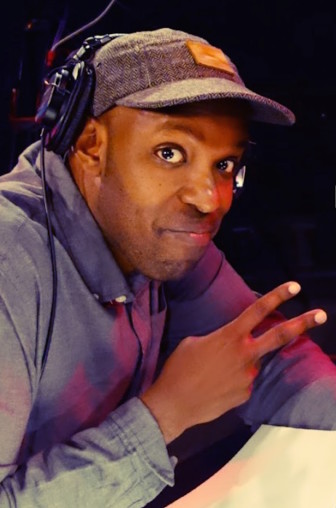 The daily arts, culture and entertainment program, produced by CBC Radio One and distributed to 165 U.S. stations by Public Radio International, fired its original host, Jian Ghomeshi, last fall after Ghomeshi was accused of sexual assault.

Shad is “an extremely bright and accomplished artist with a broad range of interests and passions,” said Cindy Witten, CBC interim executive director of Radio and Audio for English Services, in the Wednesday hiring announcement.

Shad was born in Kenya to Rwandan parents and relocated to Canada as a child. His 2005 debut album When This Is Over was self-made, financed with the $17,500 he won from a radio talent competition when he was a college student. His 2010 album, TSOL, won a Juno Award, the Canadian equivalent of a Grammy.

A pretrial hearing on Ghomeshi’s sexual assault case is set for March 27 in Toronto.

The WGBH Board of Trustees seated four members and elected leadership at its February meeting in Boston.

Three trustees are new to the board. Local real estate developer Joseph F. Fallon is president of the Fallon Co., and consultant Grace Fey heads Grace Fey Advisors, which offers guidance on corporate and nonprofit governance issues. Both Fallon and Fey have previously served on WGBH’s board of overseers, which assists the station with development work.

Returning to the board is Lynn Bay Dayton, who owns Dayton Home, a custom furniture and interior design firm. Dayton has served as a WGBH trustee since 2005 and is also on the board of Public Radio International. She is also a past chair of WGBH’s Ralph Lowell Society, which recognizes the station’s top annual contributors.

Mark Abuzzahab has signed on as program director at VuHaus, previously known as Music X, a nonprofit video collaboration of public radio music stations. The project is sponsored by Public Media Co. Abuzzahab will curate videos for VuHaus’s website and app and will also serve as the liaison between VuHaus and its participating stations, WFUV in New York City; KCRW, Los Angeles; WXPN, Philadelphia; KUTX, Austin, Texas; and KTBG, Kansas City, Mo. The website and app will feature videos of in-studio performances, interviews and live performances from emerging bands. Abuzzahab joins VuHaus from public radio KKXT in Dallas, where he had been program director since 2011.

Rachel Owens has taken over as local host of Morning Edition on WUWM-FM, Milwaukee. Owens joined the station in January 2014 as an announcer and last May became producer and co-host of the nightly music program WUWM@Nite. She previously worked for nearly six years at Wisconsin Public Radio and Television in a variety of roles, including announcer/board operator, voice talent, producer, on-air producer, radio operations center technician and audience services representative.

Longtime public broadcasting host Tavis Smiley has a book coming out April 7, My Journey with Maya, about his experiences with poet Maya Angelou. The two met in 1986, when Smiley was 21 and Angelou was 58. Publisher Little, Brown and Co. said that Smiley “beautifully recounts a friendship filled with conversation that began when he, a recent college graduate and a poor kid from a big family in the Midwest, accompanied the revered writer on a sojourn to Ghana. Smiley stumbled into a relationship with her that shaped his future and affected the man he became.” 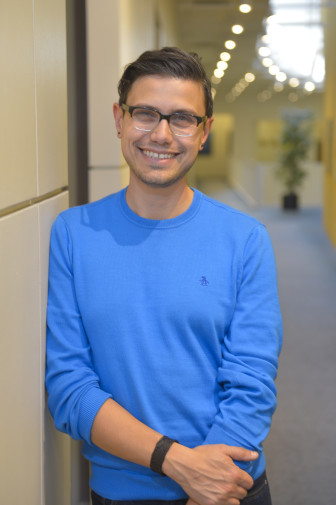 Evren Odcikin, marketing and communications manager at KQED in San Francisco, has taken a position as director of new plays and marketing at Golden Thread Productions, which produces plays from and about the Middle East. “It’s been a dream to move onto the artistic administration side of theater for a long time and I’m thrilled that it’s finally happening,” Odcikin told Current — although “I will miss public media dearly,” he said.

Michael Raia, director of media relations and marketing at WGBH, left the Boston station March 6 to return to the political realm. He’s heading up communications for Rhode Island Gov. Gina Raimondo’s executive office of health and human services. Before arriving at WGBH in January 2013, Raia served as communications director for the mayor of Providence, R.I. “WGBH truly is a national — and as importantly, local — treasure, and that doesn’t happen by accident or chance,” Raia told Current. “I am very fortunate to have worked with so many smart and dedicated people at WGBH.”

WNYC’s social media director, Julie Whitaker, has left that post to join BuzzFeed. She’ll be managing editor of BuzzFeed Distributed, a unit of artists and designers who create original content for platforms such as Tumblr, Instagram, Snapchat, Vine and messaging apps.

Three women in public media have been selected to participate in the Online News Association–Poynter Leadership Academy for Women in Digital Media. The seminar, April 12–17 at Poynter’s campus in St. Petersburg, Fla., will focus on skills and knowledge needed to rise in the ranks of media leadership. Taking part will be Kainaz Amaria, supervising editor, NPR Visuals; Meghann Farnsworth, director of distribution/engagement, Center for Investigative Reporting; and Amanda Krauss, director of technology, Texas Tribune. Nearly 500 women applied for the 25 spots.

The Radio Television Digital News Foundation has selected 10 journalists in its latest class of fellows that will travel to Germany this summer, six of whom work in nonprofit media. The 2015 German/American Journalist Exchange Program runs from June 15–27. Journalists will attend briefings with German political, business and media figures in Berlin; talk to municipal officials in Erfurt, Germany; visit with international journalists in Cologne; and meet in Brussels, Belgium, at the EU and NATO. Participating will be Vanessa Barchfield, reporter/producer, Arizona Public Media; Katherine Goldgeier, producer, The Kojo Nnamdi Show, WAMU; Andrew Mach, multimedia producer, PBS NewsHour; Andrew Schneider, business reporter, Houston Public Media; and Marielle Segarra, reporter, WHYY. The fellowship is co-sponsored by RIAS Berlin Kommission, a bi-national organization established in 1992 to promote understanding between U.S. and German broadcasters.

Erica Peterson, environmental reporter and managing editor at WFPL-FM in Louisville, Ky., has been selected as one of three participants in the Transatlantic Energy and Climate Network’s 2015 Energy and Climate Media Fellowship from the Heinrich Böll Foundation, affiliated with the German Green Party. Peterson will examine lessons Kentucky can learn from Germany’s energy portfolio as the country phases out nuclear power. “I think Germany is a relevant case study for Kentucky,” Peterson said in a statement, “as state leaders look toward a future where coal plays a smaller role in Kentucky’s energy mix.” The goal of the fellowships is to enable American journalists to research and report stories from Europe about European approaches to energy and climate policy to inform policy debates in the U.S.

A reporter at the nonprofit New England Center for Investigative Reporting is one of four journalists selected in the latest round of the McGraw Fellowships of the Harold W. McGraw Jr. Center for Business Journalism at the CUNY Graduate School of Journalism. Beth Daley will examine the increasing use of genetic diagnostic tests, their costs and the medical industry’s role in promoting them. The McGraw Fellowships were created in 2014 to support in-depth coverage of issues related to the U.S. economy and business. Each fellow receives a stipend of $5,000 a month for up to three months. 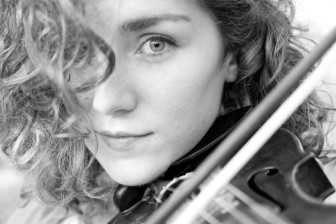 WUOL-FM, Classical 90.5 in Louisville, Ky., has hired Sara Soltau as education programs manager. Soltau will oversee several local initiatives including the Instrumental Partners program, which donates used instruments to area schoolchildren in need, and the Young Artist Competition, showcasing regional musicians. She holds a master’s degree in violin performance and previously worked as a host at WXYC-FM at the University of North Carolina at Chapel Hill.