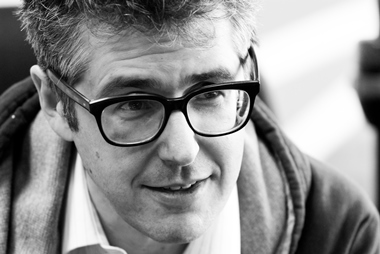 This American Life, hosted and created by Ira Glass, retains all digital rights to its content, which limited PRI’s use of the show in new strategies for online. (Photo: Stuart Mullenberg)

PRI’s announcement March 20 that it will part ways with This American Life underscored a growing difference in digital strategy between the popular show and its longtime distributor.

The disagreement centered primarily on the use of TAL‘s online content. When PRI first picked up Ira Glass’s WBEZ program for national carriage in 1997, the distributor focused almost exclusively on radio. But while TAL has grown its own devoted digital following through its podcast, PRI has adopted a collaborative approach to launching digital initiatives with producers and stations, said Julia Yager, PRI’s head of sales, marketing and distribution.

TAL has exclusive ownership of digital rights to its content. That has prevented PRI from creating its own supplemental materials for TAL stories, such as videos and infographics for PRI.org and station websites. The show hosts its archives on its own site and does not cross-post episodes to PRI.org, which the network relaunched in September with a renewed focus on global news and content exclusive to digital.

“We have always owned our digital rights and were not putting those on the table in the contract discussion,” Seth Lind, TAL‘s operations director, told Current in an email. “PRI understandably sees the most opportunity with shows where they can have a hand in digital distribution.”

The distributor is also focusing on engagement by curating online conversations on its site and on social media platforms and developing interactive projects with stations, such as The Ninth Month, a multimedia project on childbirth that includes an initiative to collect lullabies from around the globe. PRI is embarking on The Ninth Month and similar global projects in collaboration with its daily newsmagazine The World and is providing stations with digital tools for integrating the project on their own sites while linking to The World‘s content on PRI.org.

The World is a PRI co-production, and PRI.org is home to The World‘s web content. PRI is working with other shows in its portfolio to expand its digital offerings, including Science Friday, which PRI distributes but does not co-produce. PRI cross-posts Science Friday stories on PRI.org, along with summaries of show segments and links to supplemental materials, and its agreement with the show’s producers allows for digital and broadcast co-productions.

TAL‘s claim on its digital rights also kept PRI from involving the show in collaborations with stations, according to Yager. If the distributor had kept TAL on its docket, it would only have had more “non-productive conversations” about digital collaborations, limiting its ability to pursue other opportunities, according to Yager. “Everything we do means we can’t do something else,” she said.

“It seems that PRI is really interested in engaging the audience directly by asking them questions on social media,” said TAL‘s Lind. “We occasionally crowdsource stories, but we’re admittedly not as focused on immediate audience feedback.”

TAL has instead focused on increasing access to the show on digital platforms, according to Lind. In October the program launched a 24-hour stream of its archives on the online radio network TuneIn. TAL may also sell underwriting packages around both its broadcast and digital programming, Lind said. The show might also launch new podcasts, but specifics have yet to be determined, Lind said.

The show has developed its own digital extras, including timelines and photo galleries. Interactive producer Miki Meek also collaborated with Google on its Valentine’s Day doodle spotlighting TAL stories about love.

The show sells its archives on iTunes using Public Radio Exchange as an intermediary with Apple, and PRX also built TAL‘s stand-alone app.

Act one: The single life

TAL is considering options for distribution, and the show’s regular operations won’t be disrupted. “We’ll continue to make our radio show and podcast,” the show’s creator and host Ira Glass wrote in a March 21 blog post. “The same public radio stations will continue to broadcast it. They just won’t be getting it through PRI.”

Any distribution strategy will continue to support TAL’s presence on radio, Lind said. “Terrestrial audiences are incredibly loyal to their local stations, and we hope, by extension, to our show,” he said. According to the Nielsen Audio radio ratings report for fall 2013, the most recent report available, TAL reaches 2.2 million listeners via radio. It reaches about half that through its podcast and digital streaming, according to Lind.

NPR, American Public Media and Public Radio Exchange — pubradio’s three other major distributors — have all expressed interest in acquiring TAL, according to a Sunday report in the New York Times. “Does Ira need a distributor? I think the answer is ‘maybe, probably more than he realizes,’” Eric Nuzum, NPR programming v.p., told the Times.

Glass and company could also opt to distribute the show themselves. The host told Chicago media reporter Robert Feder that he finds self-distribution “attractive” and mentioned the possibility to the New York Times as well. “We’ve been looking at what [self-distribution] would mean in a more serious way,” he told the Times. Lind declined to comment on the prospect of self-distribution.

The show’s future may also involve an expanded role for former Chicago Public Media CEO Torey Malatia, though what that may entail is an open question. Malatia, who helped launch the show at WBEZ and whom Glass still thanks in the end credits every week, resigned from CPM in July. His separation agreement with the network bars him from working with any CPM entities, including TAL, until “late spring/early summer,” he told Current. Once the agreement is up, Malatia said he looks forward to “resuming closer contact with TAL.”

This is not the first time PRI has seen a popular show drop from its portfolio. In 2012 the network lost its carriage rights to the BBC World Service to American Public Media after a 26-year relationship. Portions of the World Service aired on 521 U.S. stations at the time of its exit from PRI.

And in 2013 the network lost two shows to NPR: the midday news program Here & Now, which NPR marketed to stations heavily as its Talk of the Nation replacement, and the arts interview program Bullseye.

But the cancellation of TOTN also ended up bringing Science Friday to PRI’s doorstep. The show is now the distributor’s most widely-carried show after TAL, airing on 373 stations. TAL airs on 587 stations.

In fiscal year 2013, programming and affiliation fees made up two-thirds of PRI’s income, according to Yager. When Boston’s WGBH acquired the distributor in 2012, both organizations cited expanding PRI’s programming as a top objective.

But Yager is not concerned about any effect losing TAL may have on PRI’s relationships with station affiliates. Out of its 879 affiliates, less than 10 carry only TAL among PRI shows, she said. PRI’s number of affiliates has hovered around 880 for the past three fiscal years, generally increasing slightly from year to year, Yager said.

“We know how to model the potential effects on revenue because of changes to our portfolio,” Yager said. “We have done that analysis regarding This American Life, and are confident that the financial impact will be limited.”

Though TAL is PRI’s most widely-carried program, it is not the distributor’s highest-rated offering, Yager said. The World had 2.8 million listeners to TAL‘s 2.2 million during the period measured by a Fall 2013 Nielsen Audio report. TAL also brings PRI less in program fees than some other shows, though Yager could not discuss specifics because the distributor keeps program costs confidential.