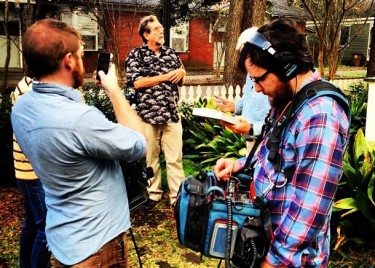 The National Endowment for the Arts announced this week that it will fund several pubmedia projects and entities through its Art Works initiative.

The largest pubcasting grant, for $50,000 in the Folk and Traditional Arts category, went to Alabama Public Television in Birmingham for a second season of Journey Proud, its half-hour broadcast series with related web content documenting statewide artistic and cultural traditions.

Other recipients include New York Public Radio’s ongoing Radio Rookies program, which will get $45,000 from the Arts Education category. The project provides training in radio production to young people throughout New York City. Their productions air locally on WNYC, nationally on NPR and internationally on the BBC and Australian Broadcasting Co.

Also in Arts Education, WHYY in Philadelphia will receive $15,000 for a professional development program for teachers to learn how to integrate digital media into classrooms and to teach students radio and television production. WHYY staffers at the station’s Dorrance H. Hamilton Public Media Commons will act as executive producers for the students.

In the Media Arts category, $20,000 goes to Atlantic Public Media in Woods Hole, Mass., to support Transom.org, a radio-production resource site that “encourages both emerging and experienced independent audio producers to tell their stories” about producing for public radio.

And in the Artist Communities category, the Wave Farm Residency Program in Acra, N.Y. will receive $10,000 to support audio artists by helping to pay for room, board, studio space, equipment and access to the facilities of its noncommercial station, WGXC-FM.

One grant has an interesting historic link to a station: The Chicago Opera Theater is receiving $35,000 from the Opera category to support a new production of Duke Ellington’s jazz opera “Queenie Pie,” which was commissioned by New York’s WNET in 1967. It was inspired by the life of Madam C. J. Walker, the first African-American, self-made woman millionaire who developed and sold a wildly popular line of beauty products. “Blending big band sound, the musical styles of opera, jazz, and musical theater,” the NEA announcement said, “this 90-minute opera will explore fame, love, and the loss of it when tastes inevitably change.”