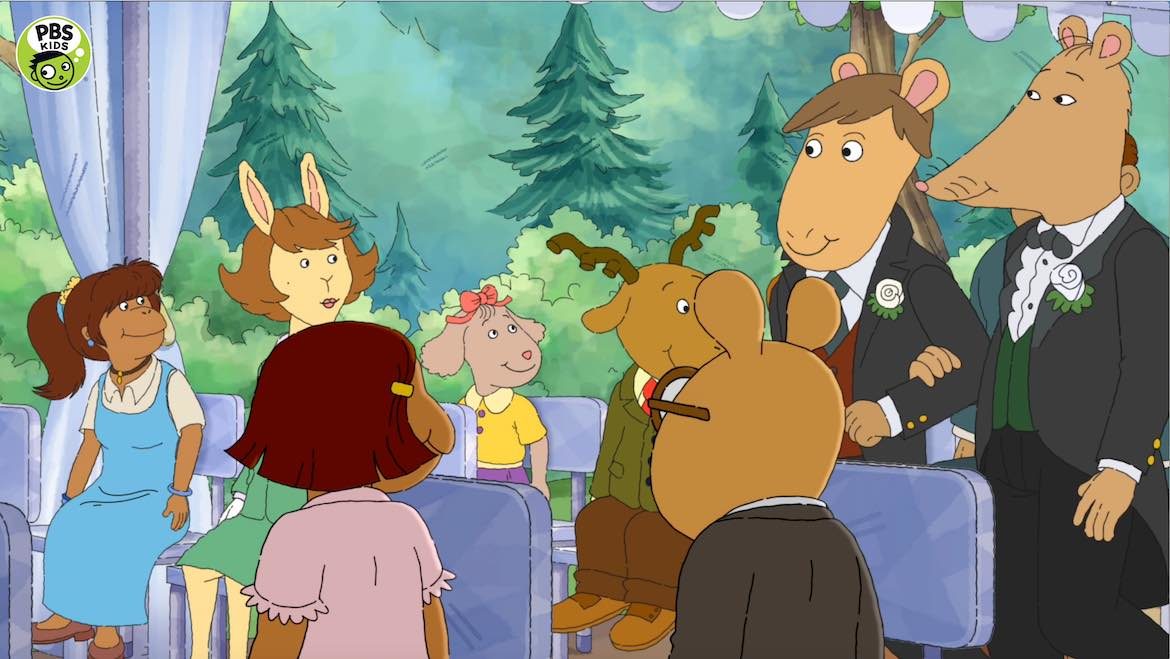 The "Arthur" episode focused on a wedding between Mr. Ratburn and Patrick the chocolate shop owner.

Alabama Public Television declined to air a May 13 episode of the PBS Kids show Arthur that included a gay wedding, according to AL.com.

In the episode, Arthur and his friends attend a wedding between Mr. Ratburn, their teacher, and Patrick, who owns a chocolate shop.

Mike McKenzie, director of programming at APT, told AL.com that “parents trust that their children can watch APT without their supervision. We also know that children who are younger than the ‘target’ audience for Arthur also watch the program.”

An APT staffer told Current that McKenzie’s voicemail was full. A station spokesperson has not returned a message seeking comment.

In 2005, APT also declined to air an episode of Postcards from Buster, an Arthur spinoff, that featured families with lesbian parents.

“PBS Kids programs are designed to reflect the diversity of communities across the nation,” PBS said in a statement. “We believe it is important to represent the wide array of adults in the lives of children who look to PBS Kids every day.”

The network did alert stations about the episode. An April 11 email to stations obtained by Current notified them of two upcoming Arthur episodes with “potentially controversial stories on which you may receive viewer feedback.”

“The story is about Mr. Ratburn getting married and the children’s realization that their teacher has a personal life outside of school, rather than the gender of the person he is marrying,” the email said.

The email also told stations that a May 16 episode would mention “topics of climate change and the environment.”