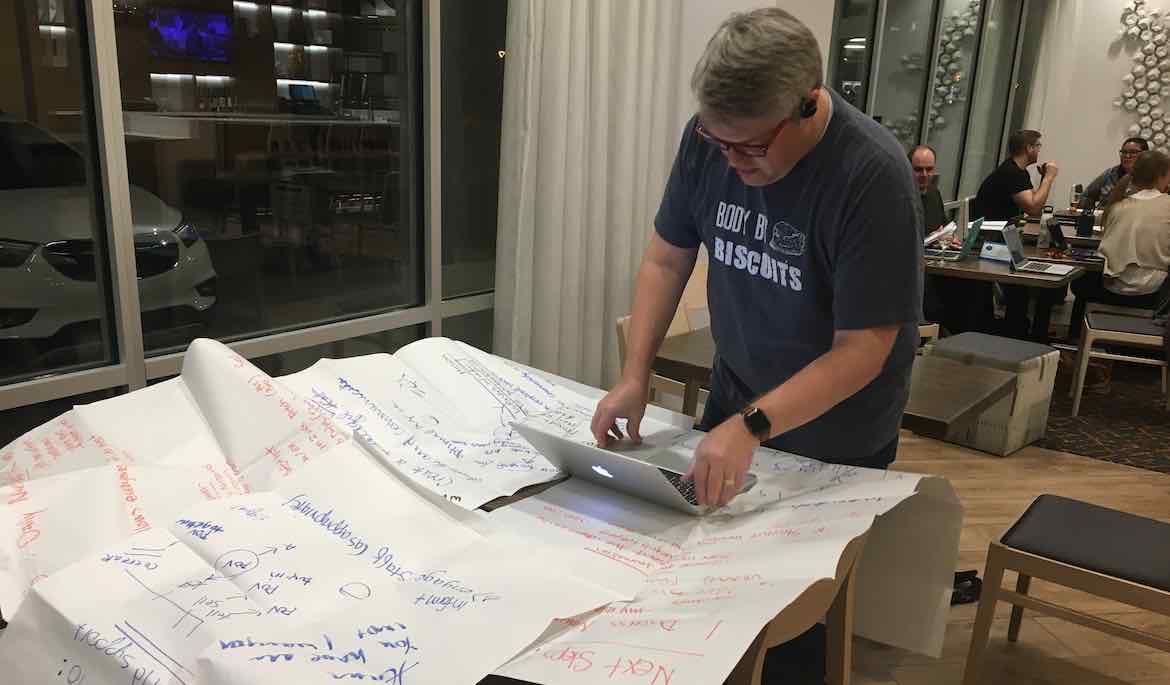 When the five of us first met in January of 2020, we were either new to management or searching for a career path. Erika was a new beat editor at KQED. Tracie wasn’t sure what she wanted to do next with her career. “Texas Ben” had just been promoted to managing editor at KUT. Sáša had just started her first management job as Boise State Public Radio’s news director. And “California Ben” had just become CapRadio’s first program director in recent memory.

Then came a global pandemic, remote work, furloughs, layoffs, program cancellations, and public media’s reckoning with white supremacy. Nothing could have prepared us for the monster that was 2020 — except maybe EILI.

The Editorial Integrity and Leadership Initiative trained 100 of public media’s “most promising newsroom leaders.” It was funded by the Corporation for Public Broadcasting and managed by Arizona State University’s Cronkite School of Journalism.

And it was — by far — the most transformational training program we’ve ever experienced.

It’s no secret there’s a leadership crisis in public media. Several of us have worked at institutions where sexual harassment, racial bias and bullying flourished unchecked. There can be no editorial integrity in a workplace that lacks human decency. By launching EILI, CPB clearly stated its commitment to grow public radio journalists into leaders.

Sadly, the program’s grant has run out, and CPB has not committed to funding another round. The timing couldn’t be worse. If EILI is allowed to end, as our industry faces existential threats like new platforms and toxic workplace cultures, it will not merely be a shame. It could be one of the biggest threats to public media’s future.

EILI taught us to lead with empathy, transparency, co-creation and radical candor. For five days in January 2020, we crammed in lectures and discussions. We mapped out the differences between leadership and management. We practiced hard conversations and learned the meaning of “balcony time.”

Perhaps most critically, EILI paired participants with a career coach (ours was the incredible Audrey Dorsey) and a mini-cohort for some deeply insightful peer mentoring. And when COVID-19 forced us to reinvent workflows practically overnight, EILI pivoted with us.

Yes, we know these are not necessarily groundbreaking leadership and management techniques. You could find them elsewhere on the internet or in “how-to” books. EILI’s magic, however, is transforming the whole into so much more than the sum of the parts.

It starts with the 360, to build self-awareness and learn your blind spots. Then, you learn the techniques, so you can slow situations down that might otherwise be overwhelming or intimidating. Finally, sprinkle in 1-on-1 sessions with your leadership coach, group therapy — er, feedback — with your small group of peers, and structured check-ins with your coach and boss.

Gradually, over the program’s 100 days and the months that follow (because, truly, the learning never stops), you gain the self-confidence — and build the peer support network — to keep you grounded and positioned to succeed.

For our parts, describing how far we’ve come over the last year in a sentence doesn’t begin to scratch the surface. But we know we wouldn’t be where we are today without this program.

Erika got promoted to KQED’s podcast director. Tracie landed a correspondent position on the newly launched podcast The Experiment. Sáša and “Texas Ben” led their Boise State Public Radio and KUT news teams through tumultuous years. And “California Ben” kept his eyes on his blind spots while building a brand-new programming department at CapRadio.

We’re nowhere near perfect, and each of us has our own challenges and areas for growth. But we’d like to think we — and our dozens of fellow EILI grads — are part of what it will take for public media to address its systemic challenges.

Which brings us back to the program’s future — or, we fear, its lack thereof.

Public media desperately needs a new generation of leaders who are prepared to chart an inclusive and equitable path forward — both in our workforce and for our increasingly diverse communities. To end EILI now would be a mistake.

So we’re asking CPB and other potential public media funders to support this indispensable program. With a head coach in Cronkite’s Julia Wallace, who’s a great leader and a heck of a project manager, you’ll be funding a program with a proven track record.

We’re here to tell you it will be money well spent.

Ben Adler is CapRadio’s director of programming and audience development and a PRPD board member. Erika Aguilar is KQED’s director of podcasts. Tracie Hunte is a correspondent and producer for The Experiment, a podcast produced by WNYC and The Atlantic. Ben Philpott is KUT’s managing editor. Sáša Woodruff is Boise State Public Radio’s news director.