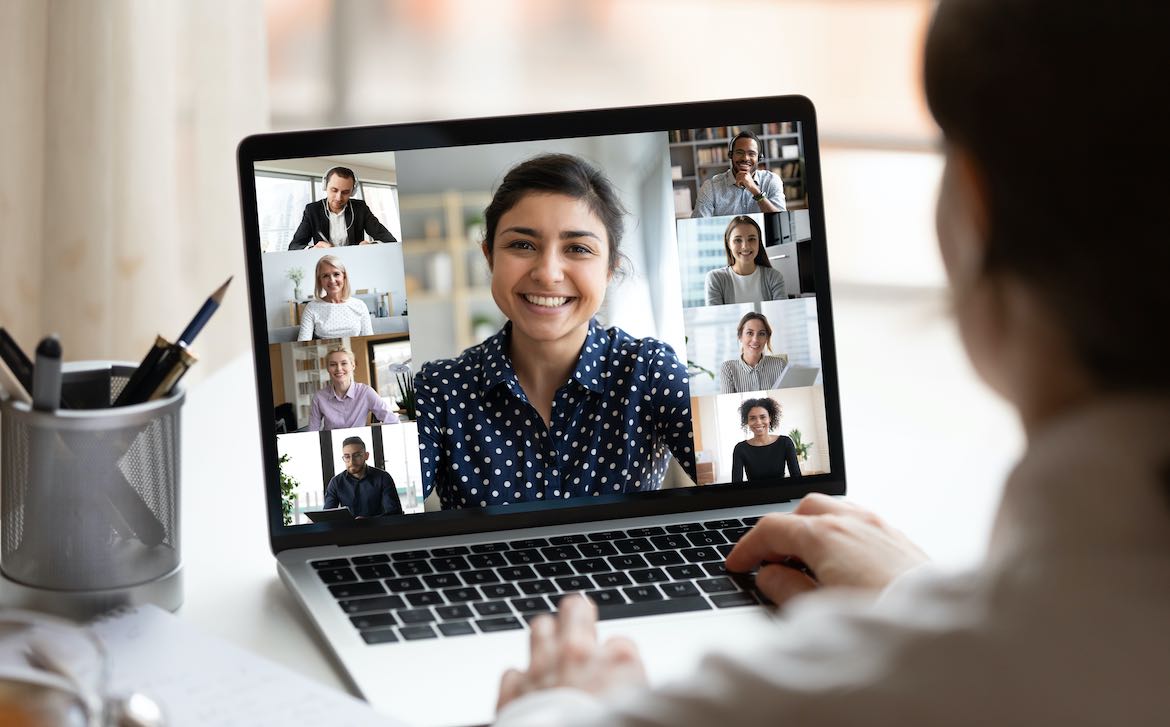 Public media’s conference organizers are placing calculated bets on when and whether to resume in-person meetings.

PBS, which completely canceled its spring 2020 conferences because of the coronavirus pandemic, announced plans to convene a virtual Annual Meeting this May and an in-person PBS Technology Conference in October.

In a Feb. 2 message announcing PBS’ plans, President Paula Kerger advised those who want to meet in Las Vegas this fall to “consider making travel arrangements at a later date.” PBS will continue to monitor developments with coronavirus spread and provide booking details in July, she said.

Leaders of associations that produced virtual events last year said the format has many advantages to improve access to training and professional development. They plan to keep developing ways to boost participation by offering live streams and on-demand access to conference sessions.

Greater Public, for example, will stick with virtually presenting its July 13–22 Public Media Development and Marketing Conference. In the “before times,” the conference was one of the biggest public media events of the year, drawing attendees from public radio and television into big hotel ballrooms every summer.

Citing “vaccine uncertainties and travel constraints,” CEO Joyce MacDonald announced Thursday that Greater Public will build on the virtual format developed for its 2020 “Summer Series Sessions,” which ran from July and into September. Greater Public will charge a modest registration fee for the virtual PMDMC, MacDonald said. She promised a lineup of “relevant sessions that address your daily challenges” and more opportunities for attendees to connect and network.

Though odds are high for some technical glitches in virtual conferences, meeting planners say the technology will improve as demand grows. Abby Goldstein, president of the Public Radio Program Directors Association, said virtual conferences offer many advantages over in-person meetings.

With no travel costs required and reduced fees for registration, virtual conferences are more accessible, Goldstein noted. Most conferences combined livestreams of sessions and keynote speeches with the convenience of on-demand access for attendees who couldn’t catch the event in real time.

PRPD partnered with the Public Media Journalists Association to create the “Let’s Go Live!” Summit over four days last September. Sessions were livestreamed on the Attendify platform and supplemented with some Zoom-hosted events. Goldstein and PMJA Executive Director Terry Gildea said they had few technical problems.

Before the pandemic, each association produced its own in-person conference. PMJA typically attracted 300 attendees to its June meetings, while “a normal year” for PRPD brought about 400 people together each August, Goldstein said.

“We knew we weren’t going to have 700 people at this conference, but at the end of the day we had 575 people that registered,” she said of “Let’s Go Live!” “We were very happy with our attendance.”

PRPD and PMJA offered discounts for group registration with fees as low as $100 per person.

Goldstein concluded that offering virtual options for attendance creates opportunities for entry- and mid-level employees to participate alongside senior- and executive-level staff.

PMJA recently announced plans to host its own virtual conference June 22–24 and provide additional training on virtual platforms. During its annual retreat, the PMJA Board decided to stick with the virtual conference format and approved registration pricing that encourages stations to register staffers. The cost of a single registration will be $200, but a station that registers five to nine journalists will pay $150 per person; those that register 10 or more people will pay $100 per person.

“Since there is still much uncertainty surrounding the safety of travel and in-person meetings, we decided it would be best not to plan for any in-person events for this year,” Gildea said in the announcement. “We all remain hopeful that 2022 will be the year we can all get together in person once again!”

Greater Public tried a different format for its “Summer Series Sessions,” producing free panel talks and keynote sessions that stretched over several weeks. Registration of 2,644 participants was more than double the attendance of 1,093 people who went to the in-person 2019 PMDMC, said Andrew Leitch, VP of operations. Registration by first-time registrants for the summer series grew 265% compared to the last conference, jumping from 359 to 1,312.

“We had a 69% attendance rate to individual sessions — that means people who said they’d come would come, and that’s above the industry benchmark,” which hovers around 58%, Leitch said.

Engagement dropped off significantly after the series ended, he added. Less than 10% of all activity on a typical session happened after the live event. Usage and audience data from the series is helping Greater Public improve and plan the PMDMC.

American Public Television hit significant technical glitches with its virtual Fall Marketplace conference in early November. The schedule included professional development sessions, panel talks and even cooking demonstrations, but plans to livestream events on Vimeo had to be dropped on the conference’s first day. After a software bug triggered a failure of the platform, APT pivoted to produce and record sessions that attendees could watch on demand, said Gerry Field, VP of technology.

APT offered to refund registration fees because of the tech issues, said CEO Cynthia Fenneman. She said she received many letters from registrants who were sympathetic about the technology failure and declined the refund.

Registration at Fall Marketplace reached 450 and included attendees from 145 different entities, according to Jamie Haines, VP of communications. By the end of December, the VOD Marketplace platform had delivered over 1,300 unique viewing sessions. The most-watched videos included presentations of APT’s program offers, keynotes from system leaders and professional development sessions on diversity, equity and inclusion.

Since the virtual conference was less costly to produce than an on-site event, Fall Marketplace was “successful from a financial perspective,” Haines said.

Organizers of other public media conferences said the lower costs of virtual conferencing, combined with sponsors’ willingness to underwrite the events, helped them to break even or earn a modest profit.

NETA created a tiered pricing structure that allowed stations of all sizes to provide conference access for their staffs. For example, for $500 Alaska Public Media and Rhode Island PBS could ensure all of their employees had unlimited access to sessions. Larger stations paid $1,000, $1,250 or $1,500.

“We wanted to make it as accessible to as many stations as possible,” Eernisse said. NETA developed the pricing structure with help from a survey conducted by the Affinity Group Coalition. It also reached out directly to at least 20 individual stations for feedback on NETA’s conference plans.

NETA used the Ruggles Service Corporation platform for livestreamed general sessions, Zoom for breakout panels and Vimeo to host recorded sessions. President Eric Hyyppa’s keynote speech was delayed for five minutes because of a technical problem, but the rest of the conference ran on schedule.

Next up, America’s Public Television Stations will host its 2021 Public Media Summit Feb. 22–23 on Meeting Tomorrow. The schedule includes both livestreamed and prerecorded breakout sessions since some presenters aren’t available to participate in real time, said Emil Mara, VP of finance, administration and membership. APTS also wanted to limit the technical difficulties that can arise from livestreaming, he said.

Kate Riley, VP of government and public affairs, noted that the virtual format has a downside for APTS. Station and lay leaders will not be able to connect with their congressional leaders during the breakfast that kicks off attendees’ day on Capitol Hill, a highlight of the summit. APTS will likely incorporate virtual meetings in the future, she said, but also wants to find ways for station leaders to interact with members of Congress.

Though plans for many of public media’s 2021 meetings are still in the works, leaders of the associations that regularly bring people together said they are considering their options for more joint conferences and hybrid events. Since chance encounters and face-to-face time are important within the field, they want to find ways to combine the advantages of remote and in-person meetings.

“None of us can imagine doing an in-person conference again without having some kind of a virtual piece associated with it,” said PRPD’s Goldstein. “We have no idea what that’s going to look like, but that’s definitely something that a lot of us are looking at.”

This story has been updated to include details about PMJA’s virtual conference in June.