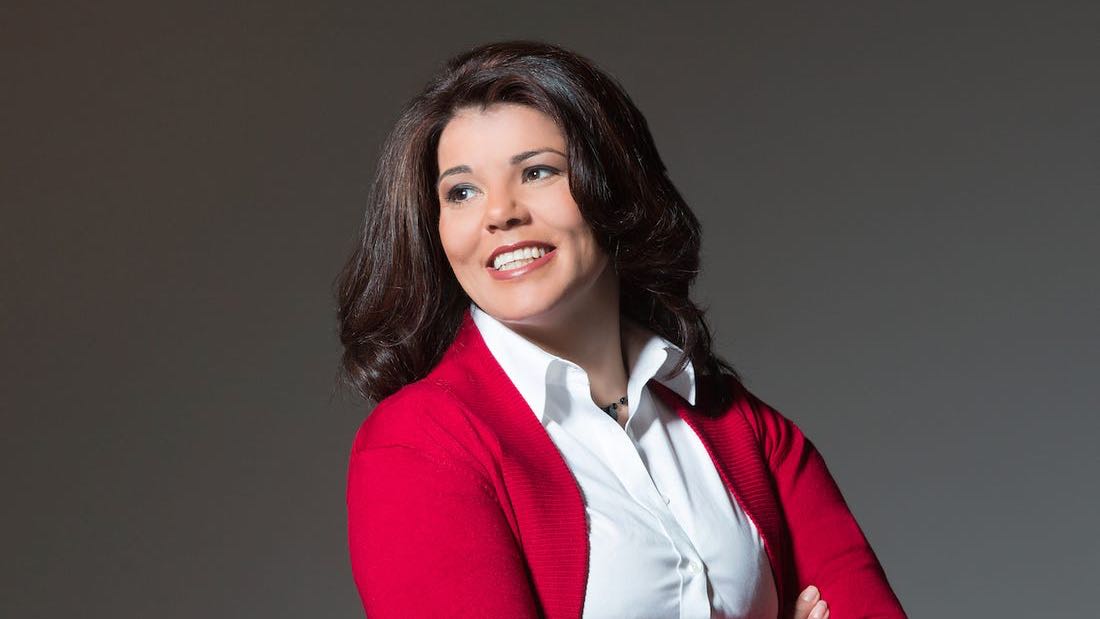 As current and former public radio staffers took to social media this summer to share stories of racism in the industry, Celeste Headlee wanted to create a safe space where people could discuss their experiences.

What started as conversations quickly turned into an effort to get public radio stations to make systemic DEI changes in their workplaces.

Headlee, who wrote a book about having better conversations, wanted to use her expertise in moderating discussions to bring together people throughout the disparate public radio system to share their stories.

“Our industry is so spread out that, between stations, people don’t talk to one another, and they may not realize that someone else is doing the exact same thing one state over,” said Headlee, who co-hosts PBS’ Retro Report and has also hosted public radio programs. “So I just wanted to create a safe place in which people could just share their own experiences and talk about what they want to see happen, ideally.”

In the first meeting —  a Zoom call in July that drew 200 people and more who were turned away because of Zoom’s capacity limits — Headlee said she saw “passion and energy” from the attendees and thought, “Let’s use it to try to bring about the changes that we have not seen.”

The call also made clear that current and former public radio employees of color shared “alarmingly similar” experiences, Headlee said. Participants told stories of complaining about managers who had casually made racist remarks and being told that the comments weren’t racist or were jokes.

“A number of people talked about patterns of abuse that led to the departure of journalists of color,” Headlee said. “They all said that there was very little concern when JOCs left, even if they were only the most recent in a line of people to leave an organization. What’s more, there were many stories about managers setting up listening sessions to hear complaints about inequality and racist behavior but then taking no action in response to what was said during those meetings.”

Since that first call, Headlee has held about 10 Zoom meetings to work on short- and long-term goals for changing public radio. The group’s top priority is finalizing an open letter outlining a list of changes they want public radio leaders to adopt at their stations. The letter will also detail concrete steps executives can take to realize the reforms.

Some of the group’s goals are similar to those backed by Public Media for All, a coalition that is also calling on public media organizations to undertake DEI reforms. Both groups are advocating for ending unpaid internships and temporary positions, for example.

But the group organized by Headlee is also taking on issues unique to public radio newsrooms. One agenda item is for stations to end “the pursuit of objectivity and balance,” Headlee said. Another says that one or two people in a newsroom should no longer control what is deemed newsworthy. And the group wants stations to end policies and contracts that prevent staffers from revealing their salaries.

The group chose the areas of reform based on surveys of participants. The open letter will be posted online and sent to public radio managers in the first week of January.

Headlee estimates that more than 50 people are assisting with the letter. The group includes current and former public radio employees, both white employees and people of color. Some are PDs and news directors; at least one is a station GM.

The group has ambitions beyond changing public radio. At the first meeting, Headlee surveyed attendees about whether they wanted to work to save public radio or start an organization on their own. The majority said they wanted to do both.

One of the group’s long-term goals is starting a production company led by people of color and producing content for public media and beyond, Headlee said. Group members want to start the company because they doubt that public radio will change fast enough, she said.

“Our industry has supposedly been working on these issues for, like, 25 years, and the needle has barely moved,” Headlee said. By creating a production company, the group could “get more voices, diverse voices and more people of color in leadership immediately,” she said.

Headlee is using Patreon to support the group and said that she’s having informal conversations with funders to “begin the process of applying for funding. It looks like it is fundable and that there would be interest.” Support would ideally come from a mix of grants and solicited donations.

Lewis Wallace, one of the group’s members, no longer works in public radio but wanted to help make changes in the industry.

In 2017, Marketplace fired Wallace after he spoke out against the pursuit of objectivity in journalism. He went on to write a book, The View from Somewhere: Undoing the Myth of Journalistic Objectivity, and co-founded Press On, an organization that supports Southern journalists and media makers practicing movement journalism.

Wallace said he wanted to be involved with Headlee’s group because he believes that public media provides the best chance “to have an equitable, representative, just structure of … news media that’s actually available to all people.”

“I’m obviously a very outspoken critic of the internal structures and the ways that they’ve excluded people in public media and journalism in general,” Wallace said. “But in terms of journalism, it’s still true that some of the best journalism is coming out of public media. So I’m not a person who’s like, ‘Forget about it. Let’s just leave it in the dust.’”

But Wallace said he believes that public media requires radical structural change. “That means not just fire the person at the top and replace that person, but in some cases take over the radio station from the licensee that is upholding a white-dominant structure within that radio station,” he said. “It’s a vision of community ownership and community empowerment that might really require significant shifts in power.”

Another one of the group’s initiatives is a mentoring program. Wallace said that one of his roles within the group has been to talk with public radio journalists about using community organizing tactics to make changes in newsrooms.

“If one person speaks out and that person is alone, it’s easy for them to be centered, to be fired or become a target,” Wallace said. “If one person speaks out and lots of other voices from that same shop join them, it’s a little more tricky for the leadership to figure out how to quash that. And that’s, I think, the shift that we’ve seen over these last few months, is a shift toward a lot more people in a lot more newsrooms being ready to move in that sort of collective orientation.”

‘I’ve never seen this much momentum’

Tom Godell, a public radio veteran and GM of WUKY in Lexington, Ky., said that he decided to join Headlee’s group as a white ally because he is “distressed by what I see at other stations. I’m distressed to see that journalists of color are not treated with the kind of respect they deserve.”

Godell has worked in public radio since 1976 and says that public radio managers, who are often older, white and male — demographics he falls into — discuss diversity, equity and inclusion at conferences. “Everybody seems on board, but then when the rubber hits the road, there are problems,” he said.

Headlee’s effort stands apart from past DEI efforts in the system because it’s led by people of color and the “victims of this racism,” he said.

Godell said it was an “eye-opener” in meetings to see how pervasive racism is in the industry.  “Every person of color in this organization has a story to tell, and it’s not a good one,” he said.

After so much talk and little action on DEI issues in public radio through the years, Godell said he’s hopeful that this group “can break some ice and really get this discussion moving forward. I’ve never seen this much momentum before, and I’m very excited about that.”