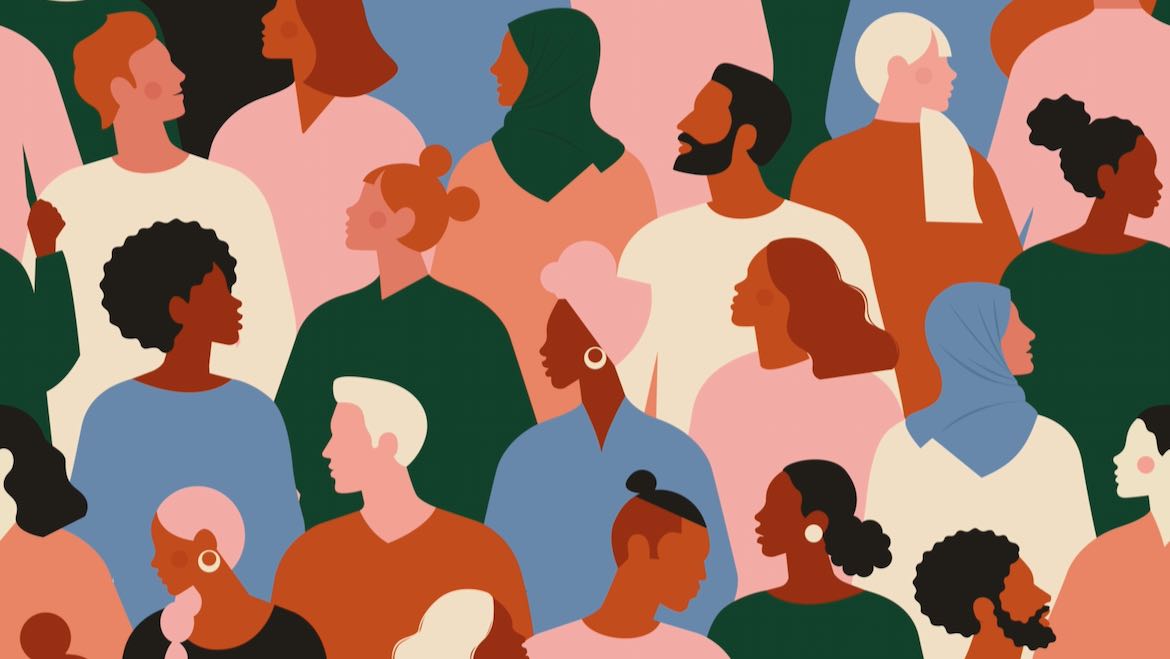 A coalition led by people of color in public media has gained pledges from nearly two dozen stations and national organizations in the industry to commit to changes within their workplaces focused on diversity, equity and inclusion.

Public Media for All is asking that over the next three years, participating stations and organizations complete 10 of 11 DEI initiatives proposed by the coalition. In the near term, the coalition asks participants to complete one item within the first 30 days after signing up and five after one year.

The action items organizations agree to implement include paying interns, conducting pay equity studies, creating spaces in which people of color on their staffs can “heal, re-energize, and be empowered,” and having white staffers “do work to dismantle racial bias, and learn to listen to and empower people of color coworkers.”

“A lot of organizations feel like it is their time as an organization and as leaders within organizations to be accountable for promises that they make,” said Ernesto Aguilar, program director of the National Federation of Community Broadcasters and a Public Media for All organizer. “They have embraced the idea that they must accomplish something in 30 days and in a year and three years because I get the sense that there are many workers within public media, the rank and file at many organizations, as well as leaders themselves who don’t want to hear platitudes.”

After a station joins Public Media for All, a dedicated committee follows up with calls to make sure the station is on track to meet its goals, troubleshoot challenges and provide resources if an organization hits a roadblock over the next three years. The group has already begun having one-on-one calls with organizations but will begin having formalized conversations beginning in January, Aguilar said.

Public Media for All was formed earlier this year by Sachi Kobayashi, Oregon Public Broadcasting’s director of member acquisition, who was inspired by journalists of color at the Philadelphia Inquirer who called in sick and called out management after the paper published a column with the headline “Buildings Matter, Too.”

“Their work really resonated with some of my personal experiences,” Kobayashi said during a webinar held on the group’s Day of Action and Education Nov. 10. She connected with other people of color in public media to form an organizing committee that was representative of different kinds of stations and formats. “It was really important to us to have the breadth and depths of public media reflected in this group,” she said.

In addition to the webinar, which included speakers within public media and from outside the industry, the Day of Action and Education called on participants to take the day off work and raise awareness of DEI issues. More than 1,200 people viewed the Nov. 10 webinar on Zoom and Facebook Live, Aguilar said.

Public Media for All also offers resources for people of color and white allies, including a private Slack and Facebook group with hundreds of members who are people of color in the industry.

“There is a lot of energy and excitement for change, and for us and for me personally, Nov. 10 reminded me that there are a lot of people who are hungry to see advancement in public media and for us to take together a leap into the new century,” Aguilar said. “And seeing the number of folks who want to see Public Media for All continue to do great work and for them to be a part of it was incredibly inspiring.”

‘It creates a sense of urgency’

Leaders at organizations that have adopted Public Media for All’s goals say that they were inspired to join the effort because the coalition will provide resources and hold them accountable. They also wanted to be part of a collective effort to make broader changes in public media.

CapRadio in Sacramento joined Public Media for All because it “gave us something to aspire to,” said GM Jun Reina.

Reina, who became GM in July after 13 years in other executive roles at the organization, said that “it feels like every year there’s always some sort of goal or strategic initiative to improve diversity, whether that’s with the staff or the audience or board, but there’s never been any real follow-through.”

The station’s audience is predominantly white, college-educated and affluent. “It’s almost like a self-fulfilling prophecy,” Reina said. “If you’re content saying that, then there’s never any action. And so it just felt like with the initiative of Public Media for All, it gives us something really aspirational we can hang our hats on.”

Because Public Media for All is an outside entity, there’s “pressure to get things done,” Reina said. “It accelerates things. It creates a sense of urgency. It makes it very real.”

It’s also a way for the staff and the board to hold him personally accountable, he said.

On Public Media for All’s Day of Action and Education, the station’s local talk show produced an episode about the effort and interviewed Kobayashi, Aguilar, Reina and CapRadio Race and Equity Reporter Sarah Mizes-Tan.

Staffers were encouraged to watch the Public Media for All webinar, and the organization gave employees an extra eight hours of paid leave for “reflection and relaxation” that could be used at any time. It provided staff with resources about diversity as well.

The station had already completed some of Public Media for All’s action items as part of the DEI work that was already underway. The station is prioritizing completion of a pay equity study and is hiring a third-party consultant.

“I do think that if we get the equity and the inclusion portions right, then diversity will follow,” Reina said.

‘Coalition of the willing’

Rocky Mountain PBS in Denver wanted to join Public Media for All because the effort is an opportunity to “align ourselves with other like-minded individuals and organizations who are all doing the same difficult work to ensure that media is doing a better job in serving our community and representing our communities,” CEO Amanda Mountain told Current.

The station also wanted to “visually support” Public Media for All to “invite others to do the same,” she said.

Rocky Mountain PBS had completed some of Public Media for All’s action items before joining the effort. It had conducted a pay equity study that found that about half of employees “were sitting below average on their salary band,” Mountain said. The station identified minimum salaries so that no staffer makes below a living wage. RMPBS is also on a three-year trajectory “to ensure that nobody makes below fiftieth percentile of their salary band,” Mountain said.

The station has been committing to DEI work over the past 18 months, working with its DEI officer and a contracted community therapist to support staffers with their “own personal journey with racism.”

“You can’t really do a good job representing your community or even hiring and retaining diverse talent without truly understanding the kind of systems of oppression that exist within an organizational culture,” Mountain said.

The station is prioritizing a shift in its content strategy to be “truly engaging in more shared decision-making with our community,” Mountain said. Through its Native Lens project with KSUT Tribal Radio, RMPBS is inviting Native American and Indigenous people to share stories by making videos.

For Public Media for All’s Day of Action, the station invited state Rep. Leslie Herod to speak to its staff. Herod, the first LGBTQ African American in Colorado’s General Assembly, talked to staff about applying DEI principles to community building through local politics and discussed “how media sometimes can unintentionally reinforce systemic racism and how we can do better,” Mountain said.

Some national public media organizations are also participating in Public Media for All. Market Enginuity, the sponsorship sales organization with a staff of about 140 people representing public media clients, joined after President Jim Taszarek read about the organization in Current.

Taszarek said that he reviewed the action items and felt comfortable with the timeline to carry them out. He saw that other trusted organizations had also joined.

“I’m like, ‘All right, if they’re comfortable and I’m comfortable with what it’s asking us to do, let’s go,’” he said.

Following those conversations, the organization has been taking steps towards DEI goals, Taszarek said. It started a DEI committee and fielded an anonymous cultural assessment survey among its staff, one action item suggested by Public Media for All.

The organization recently changed its policy to provide paid time off for voting and election service. It previously asked employees to vote before work if possible. Such changes are “all with this focus on systemic change within our organization,” Taszarek said.

Market Enginuity is focused on “continuous learning,” Taszarek said. “How do we change and make sure it’s not an event, but it’s a long-term investment and being intentional?”

In the near term, Public Media for All is working to sign up as many public media stations and organizations as it can to commit to the action items. Its primary goal will then be helping stations achieve their goals.

Looking ahead, the coalition, which Aguilar said is run entirely by volunteers and is “self-financed,” will consider whether the effort is sustainable. The group wants to have “discussions with those who would like to see DEI in public media to be a sustained and active conversation going forward,” he said.

The group is in the midst of strategic planning, and Aguilar said that sustainability is “likely going to be a cornerstone of that.” What form that takes is “unwritten so far,” he said.

“As those organizations begin to accomplish their own goals, it will in turn, I believe, embolden more organizations to say, ‘This is something that we too can accomplish,’” Aguilar said. “And we, on many levels, believe that this is the way that we can expand public media into future generations.”