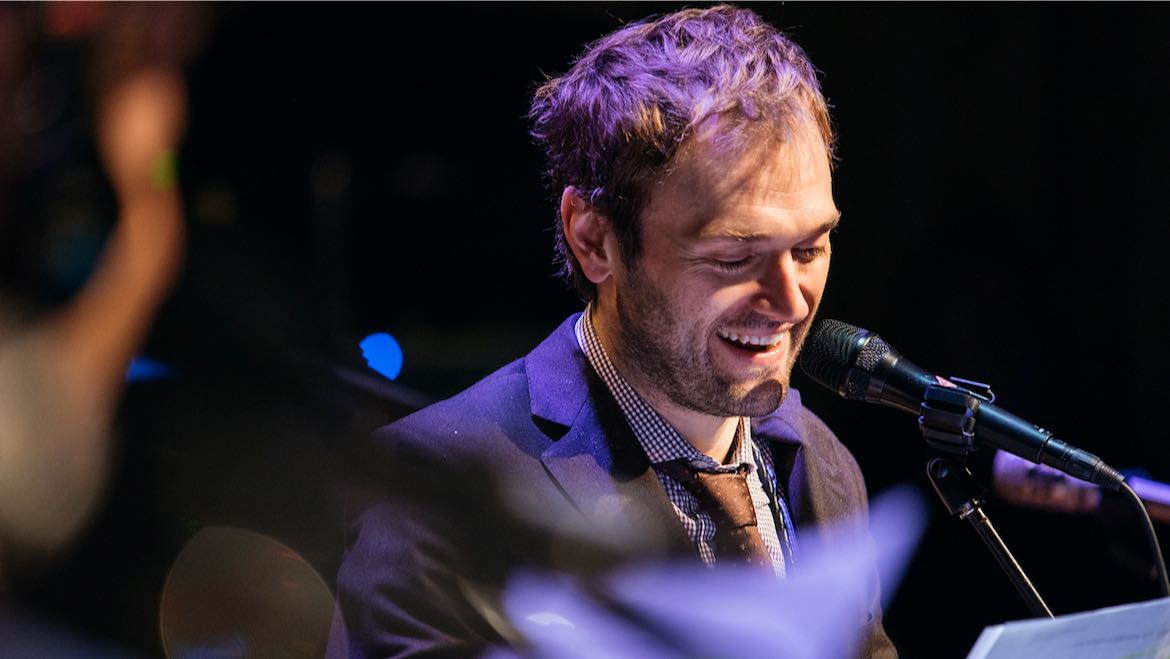 The departure of public radio’s Live From Here from station schedules has programmers turning to replacements and expressing concerns about a lack of new programs and strategies for weekend lineups.

American Public Media abruptly canceled Live From Here in June, citing concerns about financial challenges caused by the pandemic. Stations could continue to air rebroadcasts through Sept. 19, but after that programmers found themselves needing to fill two, and sometimes four, hours of vacant space in their schedules. The show aired live Saturday evenings, with some stations rebroadcasting it on Sundays.

So far, no one show has emerged as the front-runner to fill the void. According to announcements by stations, some have replaced Live From Here with other music programs. Others have added The Moth and NPR’s It’s Been a Minute.

NPR is seeing “strong demand” from stations picking up its programs to replace Live From Here, according to a spokesperson. The spokesperson pointed to Mountain Stage, which is produced by West Virginia Public Broadcasting; World Cafe, produced by WXPN in Philadelphia; and It’s Been a Minute as popular choices. Some stations have picked up a two-hour combination of Alt.Latino and All Songs Considered.

APM is pointing stations to The Arts Hour from the BBC World Service and Time Machine, a show produced at Minnesota Public Radio music station The Current, according to a spokesperson.

A Prairie Home Companion and Live From Here have joined Car Talk as signature public radio weekend shows calling it quits. Many programmers are concerned about the “lack of program development that’s been taking place,” said Abby Goldstein, president of the Public Radio Program Directors Association.

“There’s frustration on the part of the programming community that wants something that’s going to win on the weekend, that’s going to really do well on the weekends,” she said. “And they would like to see more effort made to develop new weekend programs that are going to be hits. Everyone’s looking for a hit.”

But in looking for replacements to Live From Here, she said, some programmers were “looking for a Band-Aid, a quick fix, an easy way to make this decision. And I just don’t think that Band-Aid is there.”

A ‘gateway drug’ for younger listeners

Goldstein said that one reason there’s no silver bullet for weekend shows is because every market is different. “What works in one market doesn’t work in another market,” she said. “It’s not like we can go out there as an industry and say, ‘Put this on. This is what works.’”

For instance, Goldstein said some programmers have asked her which programs they can air on weekends to appeal to a more diverse audience.

“If you’re trying to appeal to diverse audiences, dropping an hourlong program in on Saturday isn’t enough. You have to work at that,” Goldstein said.” You have to engage with your community and find out what those audiences want from you. I think this is a tough moment for programmers to stop and say, ‘OK, what are we really trying to achieve with our weekend schedule here?’”

Live From Here hadn’t been performing well for WSKG in Binghamton, N.Y. The station had been seeing “a dramatic drop” in cume, said Charles Compton, director of radio, news, operations and programming.

“But I considered Live From Here a legacy show, and I was going to stick with it,” he said.

So when the show came to an end, the station took it as an opportunity to bring a new locally produced music show to its airwaves.

Compton said he had been talking with Dan Davis, an operations coordinator at WSKG, for years about doing a show. When the Saturday-evening time slot opened up, Compton immediately went to Davis.

Davis, who also hosts a show on a local college station, agreed and debuted Saturday as host of The Hour of Now, which plays new music and “deep cuts” with a Triple A focus.

“We need to be able to put things on our air that people can’t get anyplace else,” Compton said.

The hourlong show will air alongside a block of programs such as Alt.Latino, All Songs Considered, Women In Music with Laney Goodman and a local folk program to try to draw the younger listeners that Live From Here aimed to attract.

The programs air on WSKG’s classical station. Though the music highlighted in the programs isn’t classical, Compton said he sees the shows as a “gateway drug” to try to convert younger audiences into listeners of WSKG’s news and information station.

Compton said he also wants the national networks to expand their live news offerings on weekends. WSKG airs the NPR newsmagazines and BBC Newshour, “but I need more live,” he said. “We could do Sunday talk shows on public radio like they do on national TV networks,” he said.

Last year, the station moved its news and information programming onto its main signal and its music programming onto its secondary station. “If I’m going to have a news and information station, I’ve got to be that way seven days a week,” Compton said. “I’ve got to be that way 24/7. … That’s not NPR’s problem. That’s my problem. … I shop around and I don’t see it. And I certainly don’t have the wherewithal to produce it myself. News is just so much more labor-intensive.”

“All of the really cool stuff that NPR does is happening online,” he said. “It’s happening with the podcasts. The really neat things are happening there. That’s where the innovation is taking place.”

Still, Compton said he recognizes that “there would be heck to pay” if he replaced a program such as This American Life with a newsmagazine. “But I would be willing to pay that price,” he said.

WAMU in Washington, D.C., went in a different direction with its replacement of Live From Here by returning a long-running jazz program to its schedule.

Live From Here had a “modest” following but never gained the listenership of A Prairie Home Companion, said Chief Content Officer Monna Kashfi in an email. In the last year, weekly listenership to Live From Here fell by more than half, Kashfi said.

So when Live From Here was canceled, bringing back the locally hosted Hot Jazz Saturday Night was an “obvious choice, Kashfi said. WAMU dropped the program in 2018 after airing it for 38 years, a decision that prompted a petition by listeners and garnered coverage in the Washington Post.

“In the two years since the show went off the air, we never stopped hearing from listeners about how much they missed it and with requests for its return,” Kashfi said. The program is a “strong asset” to the station’s goal of striking “the right balance of news and arts and culture programming” on weekends, she said.

That’s especially the case this year, “when we know that much of our audience is seeking a respite from the news cycle in our weekend programming,” Kashfi said.

Hot Jazz returned to the air Saturday. Host Rob Bamberger committed to a two-year run for this iteration of the program.

Though WAMU has found a solution for its weekend needs for now, Kashfi said developing new programs should be a priority “at every level” in public radio.

“Whenever resources are not committed to new show development, it means we are losing an opportunity to hear from new voices,” she said.