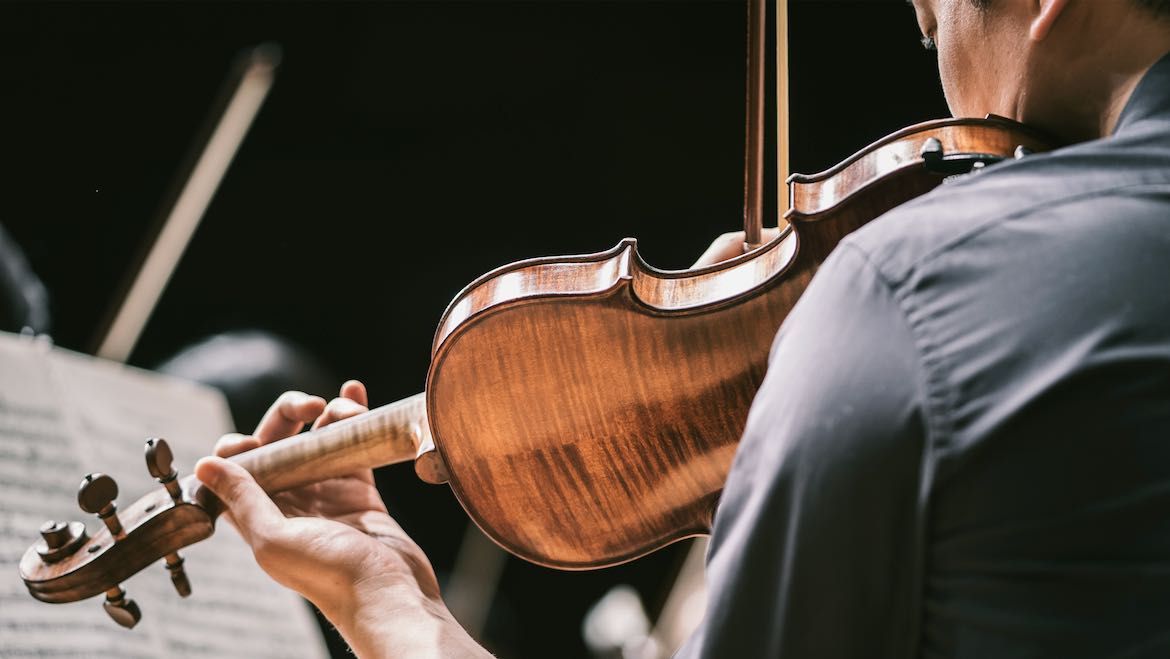 This is the second of two studies by Walrus Research examining the impact of the COVID-19 pandemic on public radio listening. For additional context about overall trends, see this report on NPR News stations.

For this special report, with the assistance of Lori Kaplan at NPR Research, we identified 35 classical stations that reach listeners in PPM markets.

Steve Olson, who distributes AudiGraphics through Audience Research Analysis, and Joanne Church at the Radio Research Consortium gave us permission to publish these findings.

Okay, you’re busy and want to know the major findings right away:

Putting market levels of persons using radio (PUMM in Nielsen terms) aside, now we will focus on the classical music format — 35 stations in PPM metros.

This chart shows weekday listening, Monday–Friday, away from home — perhaps in car or at work.

The thin line shows weekday out-of-home listening, a year ago in April 2019. The dark line is the most recent PPM month, April 2020.

Away from home includes in car, at work or any other away location.

That pattern was also true in April 2020, although classical stations lost about two-thirds of their away-from-home audience.

With the virus, it is not surprising that classical stations lost most of their away-from-home listening Monday–Friday. Midday was affected as well as the “drive time” hours of 7 a.m. and 5 p.m.

This chart shows what happened to weekday listening to classical music stations — the audience at home.

The dark line is good news!

In April 2020, classical stations gained midday audience from listeners who were at home.

Note that the patterns of these two lines are different.

In April 2019 the at-home classical audience peaked at 7 a.m. and declined through the day, to a bottom at 7 p.m.

Both lines fall off 6–7 p.m., yet they recover in the late evening hours.

Classical stations gained a lot of audience in the midday, especially 10 a.m. through 3–5 p.m.

Yet flipping back to the previous chart, the gain in at-home listening did not completely compensate for lost listening out of home.

Here is away-from-home listening on Saturday.

That audience was not as large as Monday–Friday, yet classical stations did benefit from some out-of-home audience on Saturday, especially 9 a.m. to 1 p.m.

With the virus, in April 2020 we lost half of that Saturday away-from-home listening. The dark line is pushed down.

Here is the at-home listening to classical stations Saturday.

The big difference was 12 noon to 6 p.m. On Saturday afternoon in 2020 the classical stations gained significant at-home audience.

This chart is Sunday away-from-home listening.

In April 2020 there was significant loss of classical listening Sunday away from home.

It used to be that nearly 100,000 persons were using a classical station at 12 noon Sunday, out of home.

Here is the at-home classical audience on Sunday.

We see patterns that are very similar to Saturday at home.

From early morning through 10 a.m., the two lines track.

Yet in the early afternoon, in 2020 the classical stations gained audience. The dark line runs significantly higher than the 2019 line, from 12 noon through 5–6 p.m.

Working with stations, we advise that this may be the most important chart in AudiGraphics. Core listeners (P1) generate most of the audience and reliable giving.

In April 2019 core listeners were 75% loyal to the classical station. The squiggly line shows how their loyalty stretched on weekdays, from early morning into the afternoon. Loyalty dipped to 65% around 5 p.m.

Here is the core loyalty chart for weekdays April 2020.

Overall, core loyalty got even stronger, up to 82%.

Now compare the dark blue bars to 2019. They are a lot higher this year!  That means increased listening to the classical station by your most critical segment, the core.

Classical became even more important to its core listeners, no doubt providing soothing stress relief from the news.

Here is the core loyalty chart for Saturday, April 2019.

The squiggly line shows that classical stations have had a traditional problem with the programming on Saturday.

Keep in mind, we are looking at core listeners who use the classical station as their first preference.

Yet even among the core, from 10 a.m. to 3 p.m. Saturday, the critical measure of loyalty degraded on classical radio. By 3 p.m. half of your core listeners who were using radio had switched to other stations.

The squiggly line looks better. It hovers above 70% even during the problematic Saturday midday.

And the dark blue bars, showing user rating by listeners in your core segment, are significantly higher in 2020.

As families were more likely to shelter at home, classical stations experienced greater loyalty and more listening from core listeners on Saturday in prime hours.

The blue bars are important on this chart. The amount of listening by core, while concentrated 8 a.m. to 12 noon, was moderate — no dramatic variation.

Here is April 2020, with significant increases in core listening, not only before but also after the noon hour.

The squiggly line for core loyalty rose above 80% from 1 p.m. through 4 p.m. The dark blue bars are higher.

Here is what happened to weekly cume.

Here is what happened to Time Spent Listening.

Those listeners who stayed with the classical station in April 2020 exhibited higher levels of time spent listening.

In the core segment, TSL increased by more than an hour per week.

Even in the fringe, TSL to classical increased by a half hour.

Here is what happened to Loyalty.

Listener loyalty to the classical station improved from 2019 to 2020.

Core listeners — most likely to give — upgraded their loyalty to 82%.

Only 18% of core radio listening went to other formats, such as news.

If you skipped all the evidence and looked here:

In terms of research design, the epidemic presented what we call a natural field experiment.

The independent variable was away from home radio listening. That variable was not manipulated by researchers, but we could measure the consequences out in the field.

The epidemic will pass, yet it’s possible that this field experiment revealed the near future for radio. Your next car, perhaps driverless, will include digital streams of audio, video and social media — dire competition for FM.

We could not have produced this report without the generous cooperation of Lori Kaplan at NPR, Joanne Church at RRC, Steve Olson at ARA and David Giovannoni, the designer of AudiGraphics.

March 2020 was the PPM month when radio use was changing from familiar patterns to a novel reality.

David and Lori compiled a comprehensive list of 35 public radio stations that broadcast a classical format and reach listeners in PPM metro markets.

Seven of those stations generate half of the listening:

ARA intends to deliver custom monthly reports going forward for PPM May and June 2020, delivered to stations that subscribe to AudiGraphics.

George Bailey is president of Walrus Research, an independent audience research firm with an established record of quantitative and qualitative projects for public radio stations, national producers and networks.

One thought on “Like news audience, core classical fans are tuning in more”