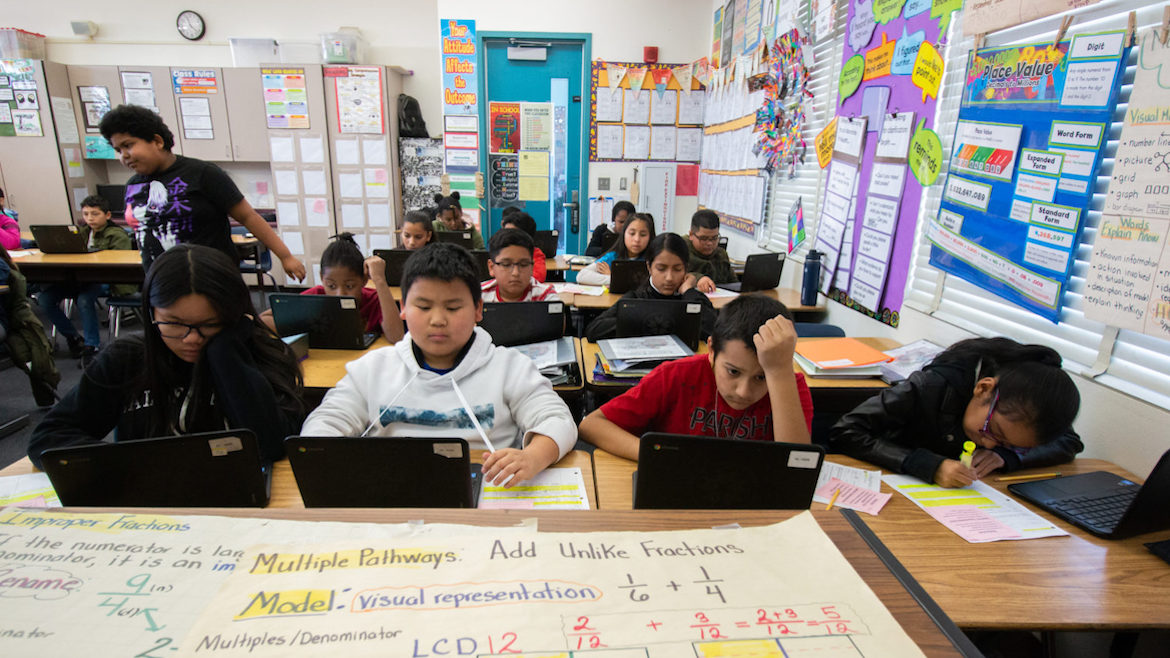 In our series on innovative and replicable content and engagement strategies submitted to Local That Works, this profile summarizes “A Parent’s Guide to Public Schools,” created in 2017 by Voice of San Diego in response to audience demand. Now published annually as a signature product of VOSD, the guide was one of four finalists in the 2019 contest.

What is “A Parent’s Guide to Public Schools?”

Voice of San Diego, an online news organization with a mission for civic education, also developed an interactive map of public schools that’s accessible from the VOSD website. The map generates school-performance and student-achievement data for individual schools. Users can also filter the display to find data for schools that meet specific criteria, such as those offering dual-language programs or free aftercare.

“We wanted to make sure people could spend a lot of time on the site, and they do,” says Scott Lewis, editor-in-chief.

VOSD distributes 50,000 free copies of the guide through public libraries and a network of community partners. Demand for the free magazine, published annually since 2018, has been astounding, Lewis says.

Libraries call to request more copies, and VOSD receives letters asking about the next edition. “I have never produced a product that people were this excited about and wanted this much,” Lewis says.

What inspired Voice of San Diego to create this?

A decision from VOSD’s earliest days as an online news startup influenced the guide’s creation. When the news site launched in 2005, its leaders agreed that VOSD would do more than report local news, Lewis says.

In 2017, Voice of San Diego’s podcast on education, Good Schools for All, devoted an episode to navigating the region’s complex school choice system. The program generated a flood of questions and comments from listeners. “People wanted more,” Lewis says. “The demand was so obvious.”

How did you develop and design editorial content for the guide?

VOSD worked with partners at the San Diego Workforce Partnership and the University of California San Diego Center for Research and Evaluation to create the guide. They decided to use what Lewis called the “original mobile technology” — print media — and publish it as a free magazine. To serve San Diego’s diverse population, they also decided to publish English- and Spanish-language versions.

In keeping with VOSD’s role as an educational news organization, the guide’s content focuses on how the school choice system works. It includes explainers, defines key terms such as “transitional kindergarten” and presents data on school performance and student achievement on individual schools.

As VOSD developed the guide, the state of California was introducing a new digital dashboard to track student performance in all of the state’s public schools. “The data was all there … but it was hard to look at, hard to understand, hard to compare schools,” Lewis says. VOSD collected additional data, such as which schools offer special programs or operate as charters, to expand upon the state’s dashboard.

They looked at Consumer Reports as a model for visualizing the data in an accessible way.

The guide does not rank the schools based on performance. Each school is listed alphabetically by district. “When you look at the list, you can’t help but be shocked by some of the inequities and some of the things that we learned,” Lewis says.

VOSD hosts community meetings at public libraries to discuss the guide and explain how to use it. Lewis appears at these events and describes them as “extremely fulfilling.”

Attendees at the library events are younger and much more diverse than those who turn out for other VOSD events, Lewis says. They don’t know what Voice of San Diego is — they know that they liked the guide and want to learn more about school choice.  “I would see people learning right in front of me, and I would help them understand something,” Lewis says.

“We have never produced a product that people were this excited about and wanted this much,” Lewis says. “It’s a fulfillment of the effort that we started this organization to be about — to help people understand their community so they can navigate it better and be a part of the decision-making that’s involved there.”

How does VOSD staff and fund this project?

VOSD’s team handles most of the editorial and organizational work with help from a graphic designer, a printing partner, a data analyst and translators. Its partners at the University of California San Diego analyze school performance data; the San Diego Workforce Partnership provides specialized information on topics like vocational training.

It costs about $60,000 (including overhead) to publish the guide; printing and distribution account for $28,000 of that total.

The local Univision affiliate sponsors publication of the guide and helps promote its distribution.

The guide also serves as a fundraising tool for VOSD, helping to attract financial support from foundations, local businesses and individuals concerned about education equality.

How does VOSD plan to improve on what’s been accomplished so far with the guide?

The third annual edition of the guide was published in February. For the first time, it includes data and analysis of the average years of teacher experience at individual schools across the region, accompanied by explanatory reporting on teacher experience as a measure of the quality of the learning environment. The report also explored workforce issues and labor rules that affect teacher retention at charter and public schools.

Voice of San Diego is a nonprofit online investigative news organization that encourages civic engagement and open discussion of local public policy issues. It employs a full-time staff of 14 and operates on an annual expense budget of about $1.8 million, according to tax documents for fiscal year 2018.

VOSD earns revenues from donations, foundation support and memberships. After creating the framework for its membership program in 2012, VOSD built a program that generated 30% of its annual revenues in 2018. To help other journalism nonprofits introduce membership programs, VOSD created the News Revenue Hub in 2016 and spun it off into a separate nonprofit in 2017.