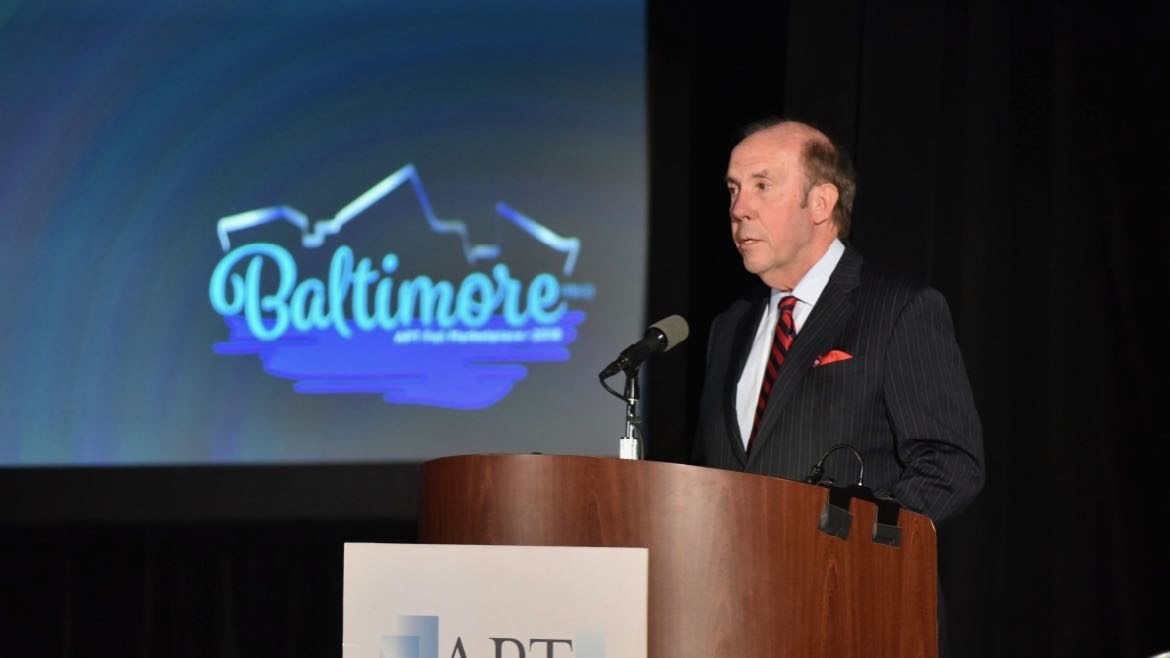 Public broadcasting has "built a bastion of bipartisan support" at the state and federal levels, Butler said Thursday at the American Public Television Fall Marketplace.

BALTIMORE — The midterm election that will put Democrats in control of the House of Representatives next year also will move a champion of public broadcasting into a key position of power.

DeLauro, the ranking Democrat on the subcommittee, will succeed Rep. Tom Cole (R-Okla.), another longtime supporter of public broadcasting.

“That’s a wonderful question for which we have a good answer,” Butler told conference attendees. “Twice as much education for America’s children, twice as much lifesaving work in public safety and twice as much of your own superb work chronicling the stories of America’s hometowns.”

“We’re not going to double our budget in the next Congress, or the next, or the next,” Butler said. “But we may hope for, and we are planning for, more public support over the next 10 years.”

With Republicans retaining the majority in the Senate, APTS does not anticipate changes to leadership of its corresponding appropropriations subcommittee, according to Stacey Karp, APTS communications director. Missouri Republican Sen. Roy Blunt is the current chair. Sen. Patty Murray of Washington is the ranking Democrat.

Butler described the results from Tuesday’s midterm elections as “a midcourse correction that restored the system of checks and balances on government power.”

“We’ll be secure from lurches to one extreme or the other,” he said. “And another thing that will not lurch is the fate of public broadcasting.”

That’s because “over the past several years we have built a bastion of bipartisan support at both the federal and state levels capable of withstanding threats to our public funding,” Butler said.

While President Trump has opposed federal public broadcasting support, “a Republican House and Republican Senate gave us full funding in both 2017 and 2018,” Butler said. Outlays have included $445 million for CPB, $27.7 million for the Ready To Learn education program managed by CPB and PBS, $350 million for the public TV post-spectrum auction repack and $20 million for a new annual interconnection and infrastructure account to be administered by CPB.

Federal support for interconnection, now appropriated on an annual basis, “could be one solution to these continuing infrastructure challenges that we face as a system,” Butler said. Once the revamp of the public broadcasting distribution system is complete, the federal dollars will be invested in future infrastructure needs, Butler said.

“Our hope is to grow this account as time goes on and as budgets and politics permit,” Butler said.