The chair of a key House Appropriations subcommittee said that the forthcoming White House budget should take aim at bigger deficit reduction targets than the relatively small appropriations for CPB and two endowments supporting arts and humanities.

Even if the Trump administration does target CPB in its first budget, the corporation would most likely survive the challenge, said Rep. Tom Cole (R-Okla.), because “there is a strong constituency for public broadcasting in both the House and Senate.” 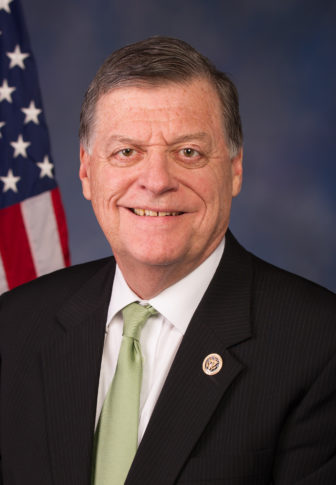 Cole heads the Subcommittee on Labor, Health and Human Services, Education and Related Agencies, which handles funding for CPB, the National Endowment for the Arts and the National Endowment for the Humanities.  In an interview Monday, he said appropriations for all three are only a small portion of the $163 billion in federal spending that his committee oversees. CPB’s fiscal 2016 $445 million appropriation, along with $147.9 million for each of the endowments, total less than $741 million.

A budget blueprint circulated by  the conservative Heritage Foundation during the 2016 general election calls for eliminating appropriations to all three. An anonymously sourced story in The Hill reported that Trump’s team is following that template. It calls for “privatization” of  CPB and defunding both arts agencies.

In its response to the Jan. 19 article, CPB described the proposal as nothing new. Similar ideas “have been circulating around Washington for years and have been soundly rejected on a bipartisan basis — most recently by the Republican-controlled House of Representatives in 2015,” the statement said.

Cole criticized the proposal for pragmatic reasons. “We can’t balance a budget by going after relatively small items,” he  said. “If this administration is serious about deficit reduction, then we have to talk about entitlement programs. So far the administration is unwilling to do that.”

Social Security, Medicare and other safety-net programs make up about 59 percent of the federal budget, according to the nonpartisan Center on Budget and Policy Priorities.

But Congressman Doug Lamborn (R-Colo.) thinks even that is too much. Lamborn once again reintroduced two pieces of legislation Tuesday that would permanently defund CPB and NPR.

Lamborn has launched similar attempts to defund public broadcasting over the past decade. “Republicans and the new administration need to demonstrate that we take our fiscal responsibility seriously,” Lamborn said in a statement. “American taxpayers do not want their hard-earned dollars funding superfluous government programs just because that is the way things have always been done.” He added that spending for CPB should go toward “rebuilding our military and enhancing our national security.”

Cole said it’s another matter altogether to consider whether the government should fund public broadcasting, Cole said, adding:  “That’s a fair debate to have, but don’t call it deficit reduction because it’s not, and you’re not likely to win that way.”

Trump’s first budget proposal for 2017 and ’18 is expected to be released at the end of February and to summarize the new president’s main priorities for federal spending.  The full, detailed budget is expected by late April.

Cole said it’s too early to predict how the new administration’s budget may affect public broadcasting.

“First we need to finish up the fiscal 2017 budget,” Cole said. As for public broadcasting’s appropriation, which is forward-funded by two years, there’s “no way we would change the fiscal ’17 budget” for CPB. That FY17 funding, approved in 2015, is supported by both the Senate and House, he said.

As for the FY17-18 budget, “I won’t say that no programs will be cut,” Cole added. Beyond the GOP majority’s priority to reduce federal spending, there could be pressure to reallocate funding under his subcommittee’s jurisdiction to other agencies, such as the National Institutes of Health. If Congress decides to increase funding to NIH, “then it could become robbing Peter to pay Paul. If NIH is the Paul, who are the Peters?”

Cole said he’s heard “nothing definitive” about the White House following the Heritage budget, which also targets many other federal programs. But he added that Mick Mulvaney, President Trump’s nominee for director of the Office of Management and Budget, “has very close ties” to the Heritage Foundation. “Maybe he gathered some of his ideas from that budget, but we can’t know for certain.”

Cole, meanwhile, has been singled out for praise by America’s Public Television Stations. Last year, public TV’s lobbying group presented its Champion of Public Broadcasting Award, an honor reserved for key advocates in Congress and state capitals, to the Oklahoma lawmaker.  In announcing the award, APTS President Patrick Butler said Cole’s “extraordinary leadership was instrumental in ensuring that the FY 2016 House Labor-HHS-Education Appropriations bill included $445 million in level funding for CPB — the first time in five years the House has proposed anything but a zero for public broadcasting.”

APTS honored Vice President Michael Pence as a champion in 2014. In his first state budget as governor of Indiana, Pence proposed in 2013 to provide state funding to public broadcasting. Indiana’s subsidies for public media had been sharply reduced under his predecessor, Republican Gov. Mitch Daniels.

Cole continues to support public broadcasting back home in Oklahoma as well. He listens to KGOU-FM from Norman every morning. “I’m really pleased to see the station expand into other areas,” he said. “A lot of smaller communities like Ada and Seminole have not historically had service and now do.”

Cole particularly enjoys listening to NPR’s Morning Edition. “With public radio I can wake up without someone shouting at me,” he noted.

NPR content “is informative and fair,” Cole said. “I know some people disagree but if they’d listen to the content they’d likely come to another opinion.”

He said NPR and PBS “both perform a valuable service. I support them both.”

Editor’s note: This post has been updated with information about Rep. Lamborn’s legislative proposals.