President-elect Trump is considering privatizing funding for CPB and eliminating other sources of federal support for public broadcasters, according to The Hill. 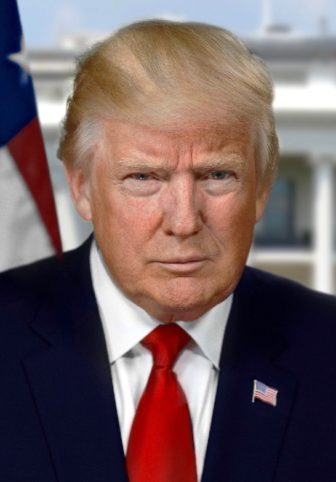 The election-year Heritage budget proposal, circulating since early 2016, says that without federal funding, PBS and NPR “could make up the lost money by increasing revenue from corporate sponsors, foundations and members.” The blueprint uses 2014 spending levels to predict a $4.5 billion savings over 10 years from eliminating CPB’s appropriation.

CPB responded to the proposal by noting that this approach is not new. Similar ideas “have been circulating around Washington for years and have been soundly rejected on a bipartisan basis — most recently by the Republican-controlled House of Representatives in 2015,” the statement said. CPB also cited a national survey of 2,000 self-identified Trump voters, a majority of which supported level or increased federal funding for public broadcasting.

“The federal investment in public media is vital seed money, especially for stations located in rural America and those serving underserved populations where the appropriation counts for 40 percent to 50 percent of their budget,” the statement said.

Without federal funding, “the entire public media service would be severely debilitated,” CPB said, because in addition to direct payment to stations, CPB funds equipment, technology, copyright and other fees, and invests in national content.

“Most critically,” the statement said, “public media reaches 68 percent of all kids ages 2 to 8, providing educational media that’s proven to prepare kids for school, especially low-income and underserved children who did not attend preschool.”

The Heritage Foundation recommendation counters a 2012 report prepared by Booz & Co. for CPB at the request of Congress. It found that “there are no new or alternative sources of revenue, alone or collectively, that could replace CPB’s annual appropriation.” It added: “Moving public television and radio to an advertising model would result in a net loss of revenue, and the change would force stations to deviate from their statutory service mission.”

That report estimated that some 130 public broadcasting stations would be “at high risk of no longer being able to sustain operations” if federal aid ended.

The Heritage report also suggests that NEA and NEH no longer need federal dollars because “private contributions to the arts and humanities vastly exceed” those outlays. Each received $146 million in federal funding in 2014. The blueprint estimates those cuts would save $3.2 billion over the next decade.

The Hill predicts the Heritage budget blueprint will inform the Trump administration’s first budget proposal for 2017 and ’18, which is expected to be released at the end of February and summarize the new president’s main priorities for federal spending.  The  full, detailed budget from the White House is expected by late April.

“The Trump Administration needs to reform and cut spending dramatically, and targeting waste like the National Endowment for the Arts and National Endowment for the Humanities would be a good first step in showing that the Trump Administration is serious about radically reforming the federal budget,” Brian Darling, a former staffer at the Heritage Foundation, told The Hill.

The Heritage report also suggests elimination of programs such Head Start, which provides preschool education for children from low-income families.

Editor’s note: This post has been updated to include CPB’s response.