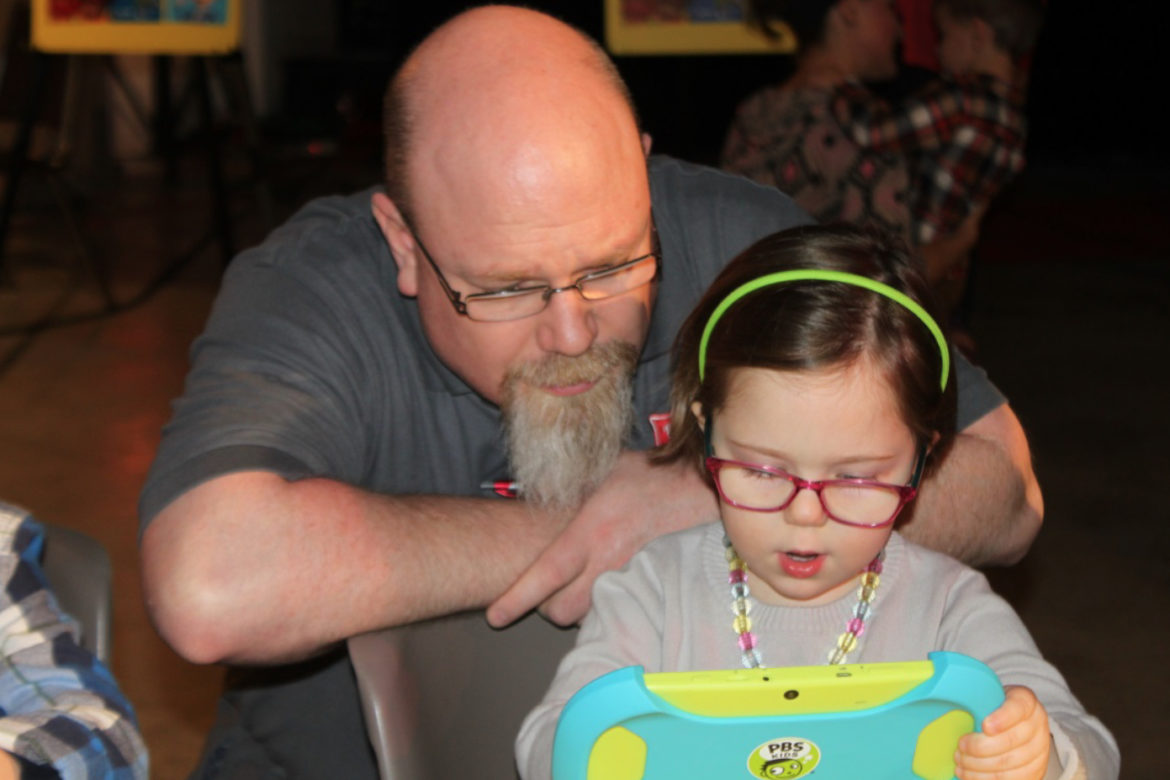 A father and daughter try out a PBS Playtime Pad at the station event. (Photo: WTVP)

WTVP in Peoria, Ill., wanted to celebrate the local premiere of the PBS Kids streaming channel in a special way. So it invited young fans and their parents to a party and taping of a special broadcast to help turn it on.

About 20 “very excited children” ages 3 to 7 attended the festivities Friday with 30 parents, said station spokesperson Julie Sanders. “We limited the number because of the combination of kids and live TV and unpredictability,” she quipped. An early childhood education initiative, Success by 6, helped the station extend invitations to children from low-income, at-risk families.

Local childhood education experts, elected officials and even a skunk also came to the studio. 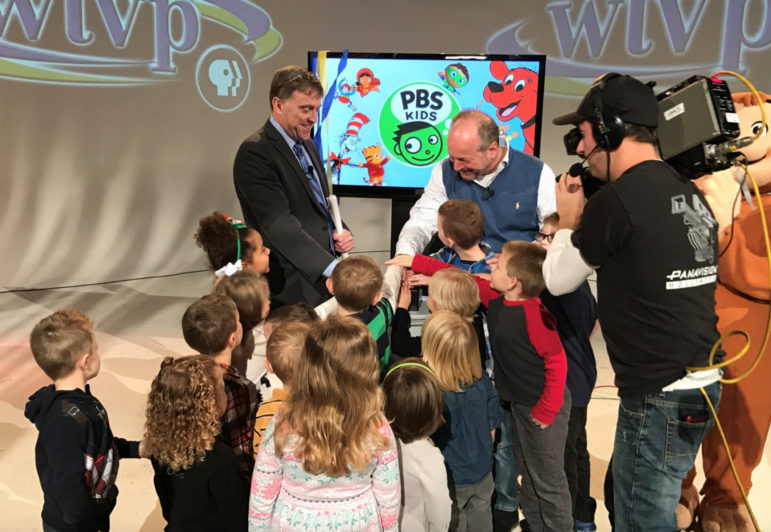 The 30-minute event featured WTVP host Yvonne Greer interviewing guests and staff about the channel’s educational content, coverage of kids working on colorful craft projects in WTVP’s studios, a visit with Tink the skunk from Wildlife Prairie Park and an appearance by PBS character Curious George.

Station GM Moss Bresnahan and WTVP Board Chair Andrew Rand said a few words and asked the kids to flip the prop switch, symbolically activating the service in central Illinois.

The 30-minute program aired at 5 p.m. Monday on all three WTVP multicasts. The channel went live at 5:30 p.m.

WTVP was among  75 stations nationwide airing PBS Kids at its premiere, according to PBS, with more coming this year.

“The parents were very excited and were very grateful to have been included in the event,” Sanders said. “They loved the educational aspects of the program and the newly launched channel.”

Did your station plan any special activities around the launch? Let us know in the comments below.