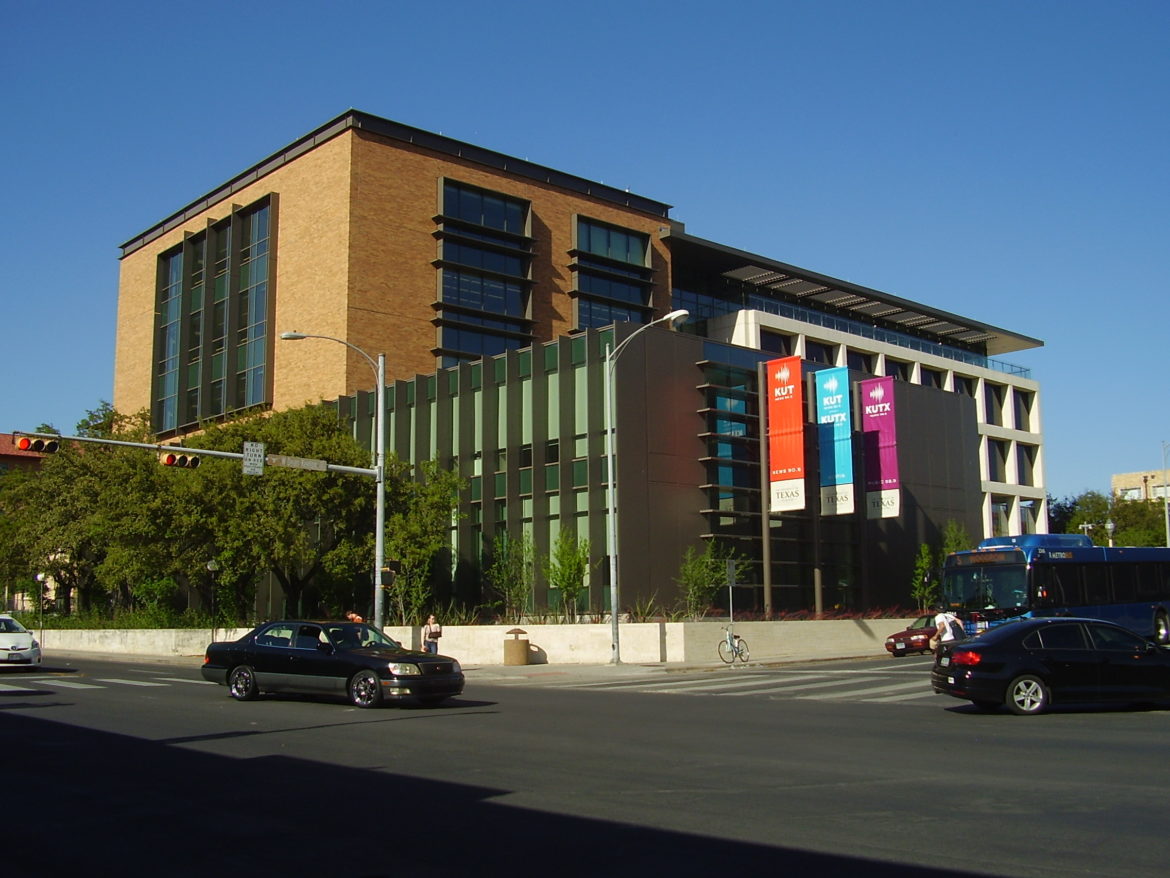 KUT is in the midst of a leadership transition.

KUT’s interim top leader urged staff in a meeting last week to follow protocols for addressing complaints about workplace issues in the newsroom.

Interim GM Patti Smith, who is leading the Austin, Texas, station as it seeks a successor to Stewart Vanderwilt, told staff Sept. 13 that they must put complaints about the past behind them and look to the future. Smith, who became interim GM in May, asked employees pressing for change within KUT to focus on improvements they can make before the next GM arrives. 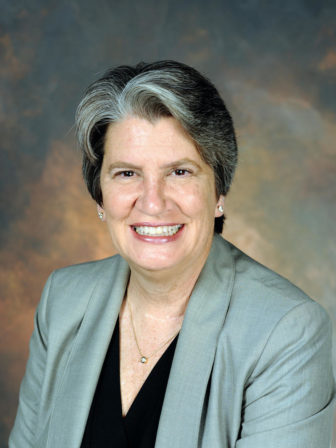 “For your health, and for the health of this organization, the one thing I can ask of you is: Let’s bring it to a close and move on,” Smith said in an audio recording of the meeting obtained by Current.

Meanwhile, Smith and KUT journalists disagreed when the interim GM intervened in the station’s coverage of its own internal matters. As Current reported last week, some journalists who have worked at the station during an ambitious expansion of its news operations in recent years say they continue to struggle with problems that took root under the leadership of Emily Donahue. Donahue founded the newsroom in 2001 and went on to become EP of Texas Standard, a daily newsmagazine.

Donahue was moved to a fundraising role outside of the newsroom in 2016 after a consultant’s report detailed a “dysfunctional” culture within Texas Standard, including staff members being berated and spoken to in an unprofessional manner, as well as “hostile interactions” between Donahue and her husband, Texas Standard host David Brown.

Journalists say they’re also concerned about retention of employees, diversity in hiring and opportunities to advance within the organization. The efforts of leadership to resolve these concerns will shape the future of KUT’s news service for Austin and the state of Texas.

With help from consultants, KUT managers have been working to address concerns, but staffers disagree about whether the efforts will adequately address the problems they’ve identified.

“For your health, and for the health of this organization, the one thing I can ask of you is: Let’s bring it to a close and move on.” — Patti Smith, KUT interim GM

Eight staffers with KUT News and Texas Standard, the station’s daily newsmagazine, told Current within the past week that they share Smith’s goal to move the newsroom forward. But most said they question whether anything will change, given Smith’s repeated calls to “move on” for the good of the organization. They said Smith did not acknowledge management’s responsibility for fostering a healthy environment.

DaLyah Jones, host and producer of the station’s local All Things Considered broadcast, is among the KUT staffers who were disappointed by Smith’s remarks at the meeting. “It’s more of blaming us for these issues that we did not cultivate,” said Jones, who joined KUT as an intern in 2016. “Not once have I heard an apology, and that’s what’s so sad about this.”

Through a university spokesperson, Smith declined to speak with Current. KUT spokesperson Erin Geisler provided this statement regarding staffers’ workplace concerns: “KUT strives to provide a diverse and inclusive workplace that fosters a culture of open dialogue. These matters have been brought to the attention of the station’s interim GM and are being carefully reviewed and worked on through the proper channels.”

Smith also invited a representative of the University of Texas, KUT’s licensee, to speak at the all-staff meeting. Gustavo San Miguel, who became director of human resources at the Moody College of Communication in February, formally introduced himself and invited staff to bring any “new allegations or new concerns” to him.

Joy Diaz, a senior producer for Texas Standard, told Current that staffers have brought concerns about advancement, staff retention and diversity in coverage to supervisors, but they haven’t acted. “Stop accusing us of not following protocol,” Diaz said. “What does the university say? Speak to your supervisor. You speak to your supervisor, and what happens next? Nothing.”

Smith, a former president of Austin’s ABC affiliate, plans to relocate and took the job only on an interim basis, according to Geisler. But Smith inherited all the challenges that came with the job.

“Not once have I heard an apology, and that’s what’s so sad about this.” — DaLyah Jones, KUT

KUT is in the midst of this work. Some journalists say they have been left out. Others say they believe management has not shown enough commitment to addressing the issues. As an example, two sources told Current that they disagreed with management’s decision to make attendance optional at a meeting between staff and leadership last month. Some said they were not aware of the scope of work with outside consultants until they read about it in Current.

In her remarks at the all-staff meeting, Smith said staffers’ concerns about workplace issues are shaping the search for the new GM. She advised staff to work through their concerns now because they will have to submit to the direction set by KUT’s new leader. “I see, very candidly, great resistance to doing that,” Smith said, referring to accepting direction from a new leader.

Smith went on to emphasize the importance of teamwork. “If you want to move forward as a team and an organization, at some point you need to decide that you’re on the team, OK?” Smith said. “And that you’re willing to make whatever changes are necessary to move us forward and not wallow in the past.”

Smith told staff she had no prior knowledge of KUT’s workplace challenges when she arrived.

San Miguel struck a softer tone and said he would not discount the staff’s experiences. “I want to hear your voices; I want to acknowledge your perceptions; I want to validate what you’re feeling,” San Miguel said. “But you also have to understand that that is part of the process of healing and moving forward.”

San Miguel is working with the university’s Office for Inclusion and Equity to develop a plan to “get past all of the past,” Smith said. She did not elaborate on the nature or timeline of that planning during the meeting or in response to emailed questions from Current.

“I think there is a lot of rumor and innuendo and allegations that fly around this organization that are unsubstantiated and have never been reported to HR,” Smith said. She asked staff to use the HR process.

Staffers in KUT’s newsroom have also challenged Smith’s decision to end a freelance reporter’s coverage for its own website of the internal issues. KUT News had assigned reporter Eva Ruth Moravec and a freelance editor to the story after Current began interviewing KUT employees. Other public radio newsrooms have also employed outside journalists to cover internal matters.

Managing Editor Matt Largey told staff in a meeting Aug. 30 that Smith had asked news leadership to end Moravec’s reporting, according to three KUT news staffers who were present.

“We were told that the story wasn’t going to happen,” said reporter Mose Buchele. “There was no secrecy surrounding that.”

KUT did end up publishing a report by Moravec after journalists pushed back. Twelve KUT News staffers co-signed a letter to Smith Sept. 4 raising “serious concerns” about her decision and urging her to reconsider.

When NPR and public radio stations have become the focus of news coverage, reporters covered those events as they would any other story, the letter said. It cited guidance from the NPR Ethics Handbook: “No NPR employees from departments outside News — especially those who have had a hand in any official response to the subject from NPR — play any role in the organization’s coverage of the situation.”

“Your decision to kill the story — to influence newsroom decision-making and dictate coverage — sets a dangerous precedent,” the journalists stated in the letter, which was obtained by Current. “We are aware that your position here is temporary, but this decision isn’t and it could damage the newsroom’s reputation and autonomy.”

Smith met with KUT News staff after receiving the letter. Meanwhile, Largey and Hawk Mendenhall, associate GM, appealed to the dean of the Moody College of Communication, according to several KUT staffers.

While journalists described Smith’s intervention as an attempt to end the reporting, Geisler said Smith wanted to ensure that the coverage would be “sufficiently independent.”

“The interim GM was not informed of the managing editor’s decision to hire an outside reporter and outside editor to report on the KUT story,” Geisler said in a statement. “Once she determined that the reporter and editor would be sufficiently independent and not influenced by current staff, she decided to let the work go forward. The dean was aware of and concurred with this decision.”

What's weird is that this explanation was never mentioned in any of the meetings. Nor is it appropriate for a determination about the independence of reporting to made outside the newsroom. pic.twitter.com/uA0neVMWwQ

KUT posted Sept. 11 a story by Moravec that summarized Current’s reporting on the station and detailed the response within the station. Moravec tweeted that “a bigger story is still in the works.”

a bigger story is still in the works, but @KUT asked me to report on @aprilleticia's story from today about "serious issues" in the newsroom and how the station is responding: https://t.co/JdnHtK6khU

As the future of Moravec’s report was in limbo, three staffers shared with Current an all-staff email addressed to “KUT & KUTXers” they received Sept. 5. “Please search your email for any electronic correspondence with Eva Ruth Moravec,” wrote KUT Finance and Operations Officer Robert Josef Cross in the email, which was obtained by Current. Staffers were instructed to give any emails turned up by the search to Cross or another administrator.

Three staffers shared with Current a similar email they received Sept. 12 about correspondence with Current reporter April Simpson. Both emails said they were sent in response to public records requests. KUT staffers said they do not know who sought the documents.

Several staffers have been speaking openly to the press about newsroom issues, but some say it’s unclear whether it’s prohibited. “The line from the news side is that we should be able to speak freely about this, but we’ve been reminded by management that we’re not supposed to talk about personnel issues,” Buchele said. “There’s some mixed messaging there.”

One thought on “Amid continuing concerns in newsroom, KUT leader urges staff to ‘move on’”