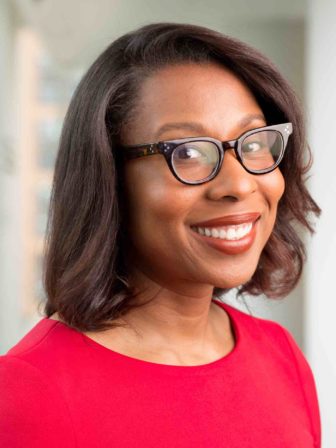 Profile by BuzzFeed News will be recorded live before a studio audience and post Sundays in a new section of Facebook Watch devoted to shows produced by news publishers. No premiere date has been announced.

The program “will feature a different newsmaker each week, giving viewers a chance to hear from the biggest names in politics, tech, business, and entertainment,” according to an announcement. It will stream on a new section in Facebook Watch from news producers including ABC News, CNN and Univision.

NPR is not a partner in the program. “It’s Audie’s personal project,” an NPR spokesperson told Current.

Eernisse is director of development and marketing at WGVU in Grand Rapids, Mich. In his new position he will help implement NETA’s plan to amplify public media’s education role, lead the association’s education services and oversee professional development activities, including its national conference. 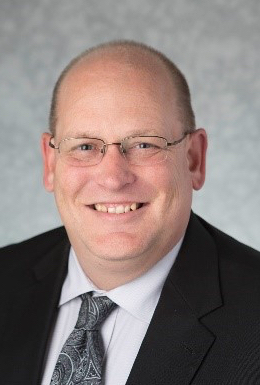 At WGVU Eernisse led many community collaborations, including WGVU Engage, a group of more than 600 volunteers supporting the station’s initiatives in inclusion, health, arts, veterans and education.

“Tim brings a passion for the mission of public media, a service based leadership philosophy, a demonstrated creative and entrepreneurial streak, and a station-centric perspective,” said NETA President Eric Hyyppa in an announcement.

Robert Daino, who led WCNY in Syracuse, N.Y., as it launched the first joint master control in public broadcasting, is leaving the station at the end of the month.

Caroline Basso, VP of development and engagement, will serve as interim president.

An announcement from WCNY’s board said Daino will “pursue other opportunities and will provide details at a later date.” The board also announced it will appoint Daino its first director emeritus “to help ensure WCNY’s entrepreneurial spirit, innovation and growth continues.”

After his departure July 31, Daino also will become board chair for Joint Master Control Operation Co., the WCNY organization that runs the 30-station Centralcast LLC.

Centralcast launched in 2011. Daino will select a new president and CEO for JMCO, a role he previously held.

Daino arrived at the station in 2005. He previously founded and ran the software firm Promergent.

Basso has been with the public broadcaster for 16 years. She previously held development and marketing positions at WSKG in Binghamton, N.Y. Basso is also a member of the PBS Development Advisory Committee.

The Center for Investigative Reporting has appointed Christa Scharfenberg as CEO. She has been acting CEO since Joaquin Alvarado’s departure in September 2017. Previously Scharfenberg oversaw the center’s audio and documentary initiatives. She joined the center in 2003. 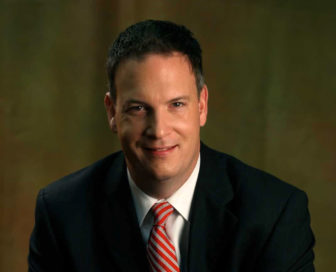 WETA in suburban Washington, D.C., has promoted Jason R. Daisey to COO and EVP. Daisey joined the station in August 2017 as CFO. In his new role, he will direct operations across 16 departments including fundraising, engagement, engineering and TV, radio and digital content. Daisey also will oversee NewsHour Productions, a WETA subsidiary. He succeeds interim COO Joe Bruns, who took over when Rick Schneider departed in October 2017.

GM Rip Robbins retired last month after nearly 25 years leading KSVR, Skagit Valley Community Radio in Mount Vernon, Wash. During his tenure, the station expanded its “dual language” programming, he wrote in a piece for the Latino Public Radio Consortium. KSVR programs more than 80 hours weekly of music, news and information that hosts also paraphrase into Spanish. “KVSR has a mission to provide service to everyone in our community,” he said.

Quinn Mathews, station director at WYCE in Grand Rapids, Mich., will leave next month to oversee development of the Studio C Listening Room, a 200-seat music venue. “I learned a lot about the world of music while at WYCE, and I want to use that to showcase all different styles and genres, such as folk, jazz, rock, bluegrass, spoken word and everything in between, at this brand new venue,” Mathews told the local Business Journal. Mathews also performs as half of the Channing & Quinn indie-folk duo with wife Channing Lee.

WTIP Executive Director Debbie Benedict retired from the station in Grand Marais, Minn., last month. She’s led the community radio station, which provides programming to Cook County on the North Shore of Lake Superior, since 2001. Matthew Brown, PD and volunteer coordinator, rises to ED. He’s volunteered at WTIP since 2000 and has been an employee since 2008. Brown has “lived in Cook County for 21 years, doing everything from dog mushing and leading wilderness trips to captaining the schooner Hjordis,” according to a station announcement.

Steve Ramsey has retired after 18 years as GM of community radio KBCS in Bellevue, Wash. Earlier in his career Ramsey also served as GM at KVMR-FM in Nevada City, Calif., and as PD at KHSU in Arcata City, Calif.

Dana Roberson has joined PBS NewsHour Weekend as senior producer. Previously Roberson worked as producer and acting senior producer at WNYC’s The Takeaway. Earlier in her career she spent 10 years at CBS News on programs including 60 Minutes and Sunday Morning. 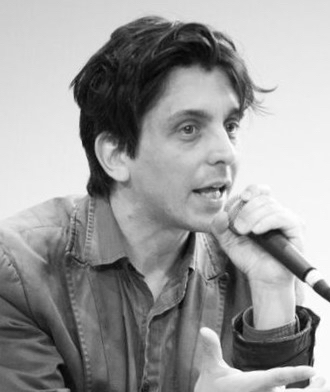 WFMT Director Tony Macaluso is leaving the Chicago network this week to move with his family to Leeds, England. During his six-year tenure Macaluso helped expand WMFT’s international syndication in Europe and Asia, developed new arts programs, initiated its first podcasts, transitioned distribution to PRX and oversaw creation and launch of the Studs Terkel Radio Archive. Macaluso told Current he plans on “embarking on a number of freelance projects” in his new home base.

Bobby Caina Calvan has joined Reveal from The Center for Investigative Reporting. Calvan is collaborations editor for Reveal Local Labs, a new position that aims to foster reporting partnerships in several communities over the next two years. Previously Calvan managed operations at the Fund for Investigative Journalism, a nonprofit in Washington, D.C., that supports independent investigative journalists.

Reporter Matt Tinoco has joined Southern California Public Radio to cover the housing beat. His writing has previously appeared in outlets including Mother Jones and Politico.

Emily Alfin Johnson has left her position as senior producer at Vermont Public Radio. She joined the station in 2015. Previously she was a producer for NPR’s On Point.

American Public Television has hired Kendrick Terrell Evans as content administrator for its Exchange service. Previously Evans was a management assistant at the Huntington Theatre Co. in Boston.

Director-writer Justin Simien (Dear White People on Netflix) is hosting a new podcast for KCRW, Don’t @ Me. He describes the show as “unfiltered conversations with the stars, artists and creators shaping our culture.”

The audience engagement platform Hearken has hired Krystina Martinez as engagement consultant. Previously she worked as an assistant producer at KERA in Dallas.