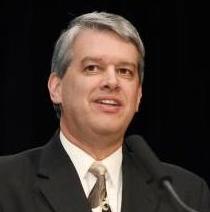 “His departure is amicable, and he has graciously offered to assist in the facilitation of a smooth transition of his duties,” said President Sharon Rockefeller in a note to colleagues. Schneider’s last day will be Oct. 4.

Joe Bruns will step in as interim COO starting Monday. He worked as COO from 2001–13 and since then has served as a WETA trustee.

In her memo, Rockefeller said Schneider “accomplished a great deal for this organization and those we serve,” including overseeing the transfer of PBS NewsHour from MacNeil/Lehrer Productions to WETA ownership. He became president of NewsHour Productions, the entity created in that sale.

Schneider also assisted with the development of WETA’s version of the Check, Please! public TV franchise, which premieres next month.

“He is a strong advocate of the work we do here and of the public broadcasting system,” Rockefeller wrote, adding, “I very much appreciate his integrity, professionalism and service.”

Before arriving at WETA, Schneider spent nine years as president of WPBT in Miami. Earlier in his career he was president of KNPB in Reno, Nev., and station manager at WUFT in Gainesville, Fla.

Schneider served two terms on the PBS Board, including as vice chair. He’s also past chair of the Public Television Major Market Group and the boards of Florida Public Broadcasting and the Pacific Mountain Network.