A jazz and gospel station in rural Iowa is getting some outside advice as it seeks to recover from nearly a decade of financial hardship and leadership turnover.

For 40 years, KBBG in Waterloo, Iowa, has served as a voice for the town’s African-American community, which is unusually large for the state. That voice has been threatened in recent years due to turnover in leadership and a decline in community support.

The drop in donations put the station at risk of losing crucial CPB funding. But the funder has stepped in to help, extending support and putting KBBG’s new president in touch with leaders at state network Iowa Public Radio for counsel on turning the station around.

Deborah Berry, who became KBBG’s president last year, is working to introduce changes that will restore KBBG to firmer financial footing. Among them, the station’s long-stagnant format is getting an upgrade.

“Before I came on … it was the same layout from 40 years ago,” said Berry. “Pretty much gospel music, R&B, blues, jazz, that kind of layout. But no new music.”

Berry has refreshed the music lineup to draw a younger audience and plans to produce more news, adding local reporting to a morning public affairs program focused on the community’s diverse population.

KBBG has been in the red for much of the past decade, according to financial documents. In 2014 it spent all of its endowment to fund operations, according to a 2016 audit.

Already down following the recession, fundraising continued to suffer after longtime president Louise Porter retired in 2014. Her replacement, former university professor Scharron Clayton, didn’t “have the ties with the community the previous one did,” an auditor wrote in 2016, and some donors stopped giving. Revenue declined from about $189,000 in fiscal year 2014 to below $88,000 in 2o17, according to tax filings.

Clayton died of cancer in June 2017. Berry, a former state representative who had served as KBBG’s assistant development director and corporate funding director in the 1990s, became president a month later. At the time, KBBG was raising little money and “working with a skeleton crew,” according to Berry, with one full-time and four part-time employees.

After three years of fundraising shortfalls, KBBG was at risk of losing its Community Service Grant from CPB. In FY2016, KBBG’s $108,000 CSG made up 70 percent of its revenue, according to its 2016 tax filing.

This year, CPB granted KBBG a waiver and extended the grant because of the station’s value to its community and its recent challenges, said Erika Pulley-Hayes, CPB’s VP of radio. 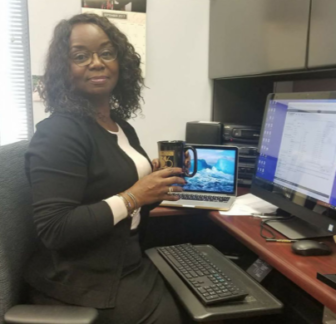 “We recognized that KBBG was a small, minority station serving a primarily African-American audience that contributes to a diversity of programming,” said Pulley-Hayes. Two other stations also received waivers this year; one is likewise a minority station.

Without KBBG, “I think African Americans would lose a voice and an on-air community in Waterloo,” said Christopher Martin, former head of the communications studies department at the University of Northern Iowa in nearby Cedar Falls. African-Americans make up 15 percent of Waterloo’s residents, according to 2017 Census Bureau data, but just 3.8 percent of Iowa’s overall population.

“People kind of overlook the diversity in communities in Iowa,” Martin said. “If you look over it quickly, it doesn’t appear there’s much diversity there. But this station really helps us celebrate that diversity.”

CPB’s Pulley-Hayes said she got a sense of the station’s importance when she met with Waterloo’s mayor, church leaders and community volunteers during a visit to KBBG in December.

“I learned that KBBG has been a real part of the fabric of that community for decades,” Pulley-Hayes said. “It’s been struggling to stay afloat in recent years, but it was a service that is worthy of trying to preserve.”

Key to CPB’s decision to grant KBBG a waiver were Berry’s “strong connections to the community,” Pulley-Hayes said. Under Berry’s leadership, KBBG has “some stability that they hadn’t had in recent years,” she said.

Berry said she believes she has the necessary community ties for successful fundraising because of her nine-year tenure as the area’s state representative. The station’s strategic plan doesn’t include CPB funds, Berry said. “… [W]e need to learn how to stand alone and stand on our own,” she said. “We’re working and looking at all ways of getting funding. ”

Abraham Funchess, head of the Waterloo Commission on Human Rights and host of a public-affairs show on KBBG, said Berry gave voice to important issues affecting African Americans during her political career, including racial profiling and police violence. “With someone like her at the helm, we believe that the station can only go up,” he said.

Collaborating to help ‘an important service’

Berry is now revamping KBBG to engage a younger audience and increase fundraising. In addition to airing hip-hop, the station is reaching out to local churches for donations and restoring broadcasts of Sunday-morning sermons, intended as a service for sick and elderly listeners who can’t make it to church.

Some longtime listeners have resisted the hip-hop programming, but Berry insists the change was needed. “We had to find a way to reach the millennial population,” she said. Since making the change, she said, she’s heard younger people around town listening to the station, and some have become donors. But making them frequent donors remains a challenge.

KBBG also aims to start a news department to cover Waterloo’s diverse community. In addition to its large African-American population, the city is home to a growing number of people of Hispanic origin, as well as Burmese and Bosnian refugees who have settled in the area over the last 30 years. 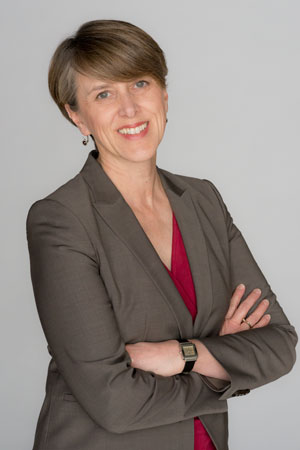 As she seeks to revitalize KBBG, Berry has received advice from Myrna Johnson, executive director of Iowa Public Radio. IPR, which also broadcasts in Waterloo, has shared on-air fundraising scripts with KBBG, offered to help write job descriptions and has sent engineers to help with old equipment.

Johnson said she has told Berry to hire a development manager “right away,” which Berry hopes to do as soon as she can afford it.

“Right now, they need someone who wakes up in the morning and thinks about fundraising all day long,” Johnson said.

KBBG is “providing an important service for the community,” Johnson said. “If we can be helpful, we would love to be helpful.”

The partnership between the station and IPR has potential to expand if KBBG can continue to grow income. Berry said KBBG could help IPR reach a more diverse audience by sharing its human-interest stories from minority perspectives with the network. Johnson said the two could also collaborate on blues or hip-hop programming to air on IPR. IPR would continue to provide guidance on development.

“We’re pretty much saying, ‘We can help you by diversifying your audience base, and you can help us by providing that infrastructure for fundraising,’” Berry said.

“We think that collaboration is really important for the system to be able to provide efficient and effective service in this changing media landscape,” said CPB’s Pulley-Hayes, who arranged the first meeting between Johnson and Berry. “A lot of smaller and mid-market stations provide a stronger service when they work with others.”

At a CPB board meeting in May, Senior VP for Journalism and Radio Kathy Merritt said station GMs have expressed interest in forming a group to help struggling stations. The stations have yet to develop a formal proposal or plans for such a group, according to CPB.

“The question isn’t about partnering with Iowa Public Radio as much as just expanding our programming to truly accommodate this community we serve,” Berry said. “When you’re a community radio station, your programming has to reflect the community.”

Correction: A previous version of this article used an incorrect title for CPB’s Kathy Merritt. She is senior VP for journalism and radio, not VP for radio.